Opinion | Why India needs to improve its rickety health infrastructure

In Bhilwara district, there are 25 ambulances, out of which 10 do not have oxygen cylinders. To expect a government ambulance to carry patients to hospitals during an emergency is like asking for the moon. Forget about transporting bodies in ambulances to crematoriums.

With the second wave of pandemic showing a marked decline, the number of daily fresh Covid cases across India fell to 2,08,921 on Tuesday, while 4,157 deaths were reported. The total number of active Covid cases now stands at 24,95,591 while the number of total vaccinations so far have crossed 20 crore at 20,06,62,456.

The recovery rate has jumped to 89.66 per cent, while on Tuesday the highest ever number of Covid tests was conducted at 22.17 lakhs. Overall, the second wave is clearly heading towards a decline, though there are many states in the East and North East, where fresh cases are rising.

One factor that is being noticed is that the number of critical cases is bigger and the number of fatalities is much more compared to the first wave of the pandemic. While Covid patients in non-ICU wards are recovering and returning to their homes, the number of patients in ICU wards is still on the higher side. Both the Centre and state governments are trying their best to ensure that critical Covid patients get better care and recover, but in a bid to score brownie points, some politicians are hurting the sensibilities of common people.

Jharkhand chief minister Hemant Soren, after a virtual cabinet meeting with colleagues, announced that his government will provide free shrouds to all Covid victims.

He said, “nobody will have to purchase shrouds in Jharkhand, as it will be made available to everyone for free in our state”. 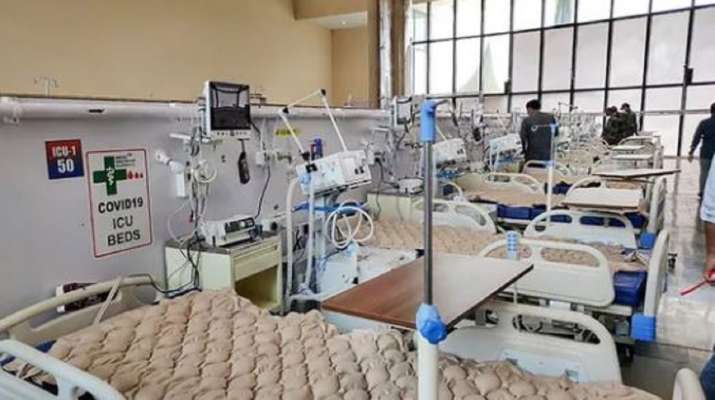 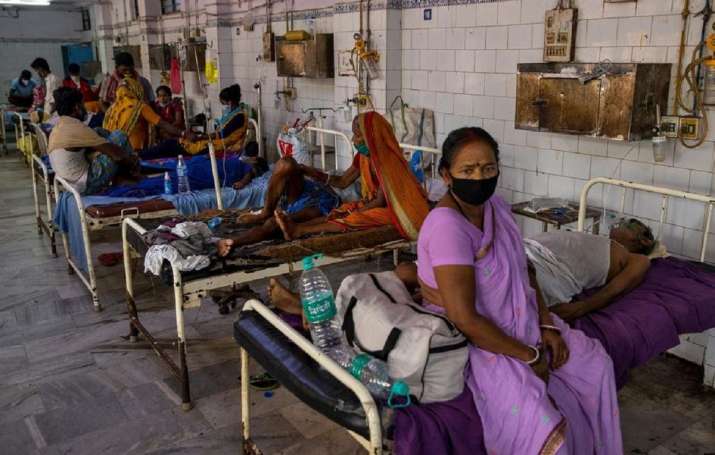 I think Soren made this announcement to gain a populist edge, but his gambit has fallen flat. BJP leader Nishikant Dubey slammed him for trying to gain political advantage over the issue of deaths of Covid victims. He asked the CM to focus more on providing free medicines, hospital beds and oxygen to Covid patients, instead of providing free shrouds. I feel Soren could have easily kept this issue above politics and quietly provided shrouds instead of making an announcement.

I am more worried over another issue. While the number of Covid cases is declining fast, the number of deaths is not declining in a similar manner, particularly in four states, Tamil Nadu, Karnataka, Maharashtra and Kerala. Out of 3,511 deaths reported on Monday, 1,814 deaths were reported from these four states. When a Covid patient dies, family members face a big challenge in getting the body packed, put it in an ambulance and arrange for cremation.

In my prime time show ‘Aaj Ki Baat’ on Tuesday night, we showed two disturbing cases from Rajasthan. In the first case, a father took his daughter’s body tied to the front seat of the car, and driver 80 kilometres from Kota to Jhalawar for cremation. Thirtyfour-year-old Seema died of Covid in the New Medical College Hospital in Kota. There was no ward boy available to bring the body from the mortuary to the ambulance.

Her relatives brought the body from the mortuary.

Private ambulance owners demanded Rs 20,000 to Rs 35,000 to transport the body to Jhalawar, 80 km away. The father expressed inability in paying an exorbitant charge and decided to tie the corpse to the front seat and drive the car himself. This was not the only case. In another case, relatives had to take the body of the patient in their car as private ambulance owners were demanding exorbitant charge.

After news from Kota was telecast on ‘Aaj Ki Baat’, the district administration swung into action. An assistant engineer of Kota municipal corporation and an RTO inspector were suspended, while a conductor supervisor was dismissed. Two private ambulances were seized and FIRs were lodged against their owners. A team of a local corporation, RTO and police has been posted at the hospital to prevent similar recurrences in future.

In another disturbing visual shown in ‘Aaj Ki Baat’ on Tuesday night, two men were seen taking a body on a cart to the local crematorium in Jhalawar, Rajasthan. The local health department expressed inability in providing an ambulance to the sons of a woman who died of Covid. Instead, the officials gave them two PPE kits to wear and asked them to take the body on a hand cart for cremation.

It is in such a situation that private ambulance owners are making a killing. They are extorting exorbitant chargers from relatives of Covid patients. On paper, the Rajasthan government has fixed Rs 500 for the first 10 km and Rs 350 for PPE kits used for every trip.

Kota is just an example. Fleecing of patients by ambulance owners is prevalent in all districts of Rajasthan. It will, however, be improper to tar all ambulance drivers with the same brush. Yesterday, I came to know of a driver in Mathura, whose mom died of Covid, but he carried on with his duty and transported 15 Covid patients from different villages to the local hospital.

In Bihar, the health infrastructure is in a pathetic condition. On Tuesday night, we showed in ‘Aaj Ki Baat’, how a block-level hospital in Madhubani district is practically in ruins, but doctors, nurses and other workers ‘posted’ there continue to draw their salaries. This used to be a 30-bed hospital in Sakri block. Now locals call it a ‘bhoot bungalow’.

The hospital is closed for the last ten years, but, in government files, the hospital is still alive and kicking. On paper, doctors, nurses and safai karmacharis are appointed her and they continue to draw their salaries. This hospital lies close to the national highway, but not a single bureaucrat or minister ever visited this hospital. Doctors come once or twice a month, sit here for 15 minutes and leave. People in this area go to private hospitals or clinics or to the government hospitals in Muzaffarpur and Darbhanga.

Normally, a primary health centre is the first place where villagers go if they have a fever or other Covid symptoms. But since most of the centres are almost defunct or working only on paper, it is really surprising that there are fewer Covid cases in Bihar this time. On Monday, only 3,306 fresh Covid cases were reported from across Bihar. If this figure is authentic, then it is surely a feather in the cap for the state government.

At a time, when the pandemic has spread to far off rural areas, most of the state governments need to improve their rural health infrastructure on a war footing. If hospitals and primary health centres function properly in rural areas, they can work as a frontline bulwark in the fight against Coronavirus that has swept almost all the states and union territories of India.

India's Number One and the most followed Super Prime Time News Show 'Aaj Ki Baat – Rajat Sharma Ke Saath' was launched just before the 2014 General Elections. Since its inception, the show is redefining India's super-prime time and is numerically far ahead of its contemporaries.