A multi-agency rescue work, involving teams from Army, NDRF, SDRF, is underway since Sunday, February 7, when the sudden flood in the Alaknanda river system wreaked havoc in Uttarakhand.

For the last three days, family members of around 40 workers missing from the Rishiganga hydel project site visit the rescue site daily hoping for a miracle and hear some 'good news' about their dear ones. With pain and agony writ large on their face, the family members blame the authorities for not doing enough to trace the missing people.

A multi-agency rescue work, involving teams from Army, NDRF, SDRF, is underway since Sunday, February 7, when the sudden flood in the Alaknanda river system wreaked havoc in Uttarakhand. However, kin of those missing are not satisfied.

"It is four days since the tragedy occurred but all the focus is on restoring connectivity. Rescuing the missing people does not seem to be the priority," alleged a man from Punjab, whose brother Jugal worked at the Rishiganga hydel project.

EXCLUSIVE: It's challenging, but hope to rescue all stuck inside Tapovan tunnel, says CM Rawat

"Jugal's phone rings when his number is dialed," he told news agency PTI. 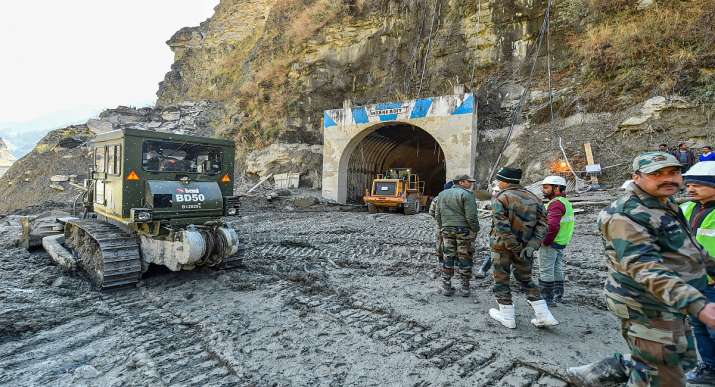 The death toll in the disaster was 32 with six more bodies being recovered during the day, officials had said as multiple agencies raced against time to reach the workers trapped inside a tunnel at the power project site and 174 people remained missing.

The missing people include those working at NTPC's 480-MW Tapovan-Vishnugad project and the 13.2-MW Rishiganga Hydel Project and villagers whose homes nearby were washed away.

Uttarakhand CM Trivendra Rawat has acknowledged that the rescue work is one of the most challenging the world has seen but said he was hopeful that everyone inside the tunnel would be pulled out alive.