US President Donald Trump and the First Lady Melania Trump on Monday paid a visit to the Mughal-era monument Taj Mahal, just hours after the visiting leader addressed a massive crowd at the Namaste Trump event in Gujarat’s refurbished Motera Stadium.

According to the latest visuals coming in, Trump was being given a guided tour of the monument.

The US President was received by Uttar Pradesh Chief Minister Yogi Adityanath at the airport, but US’ First Couple made a dash for the world-heritage site without being accompanied by any Indian official save a tour guide. 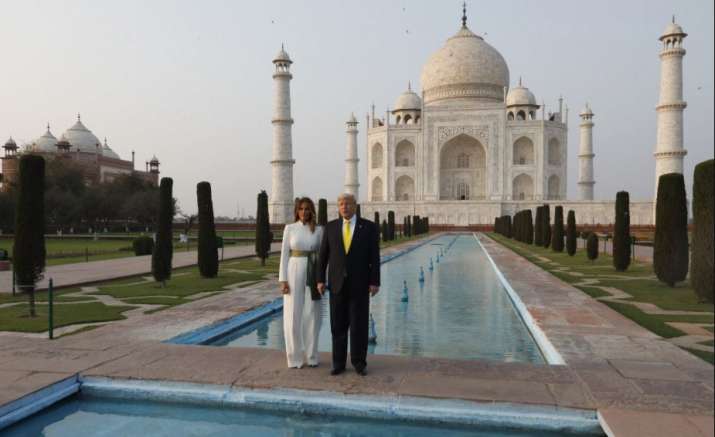 The sight-seeing experience at Taj Mahal was part of US President’s jam-packed schedule in India, which includes a visit to three cities—Ahmedabad, Agra and New Delhi.

After a brief stopover at Taj Mahal, the Trump, along with the official delegation, will board the flight to Delhi, where the US leader will spend the night.

After calling upon the Prime Minister Narendra Modi and President Ram Nath Kovind, the US President will depart for the US at 10:00 PM on Tuesday evening.