Defence Minister Rajnath Singh on Friday met Chinese counterpart Wei Fenghi in Moscow after Beijing requested for a meeting on Thursday amid tension at the Line of Actual (LAC) following provocations by China.

Though this meeting between Defence Minister Rajnath Singh and Chinese counterpart was not pre-scheduled, it took place after Beijing's request. 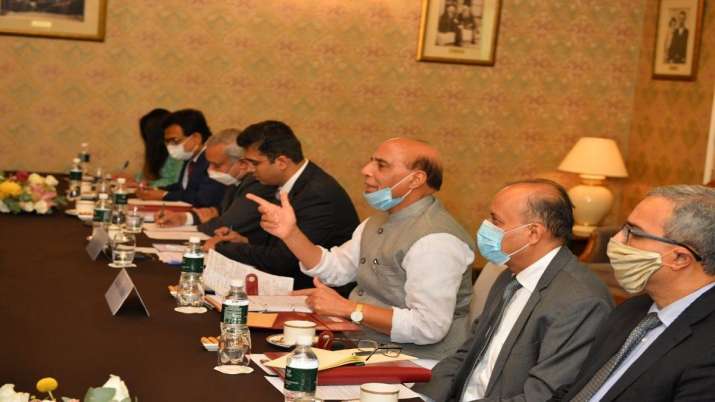 India at present is at advantage and better positions at the Finger 4, Finger 5 hill tops positions after Indian armed forces foiled Chinese troops repeated attempts to trangress into the Indian-side of the LAC on the interveining night of August 29,30; August 31 and again on September 1.

Earlier in the day, Rajnath Singh gave it back to Chinese couterpart over recent provocations by Chinese troops saying that peace and security in the SCO region demands a climate of trust, non-aggression, respect for international rules and peaceful resolution of differences, in a indirect message to Beijing which is engaged in a festering border row with India in eastern Ladakh. 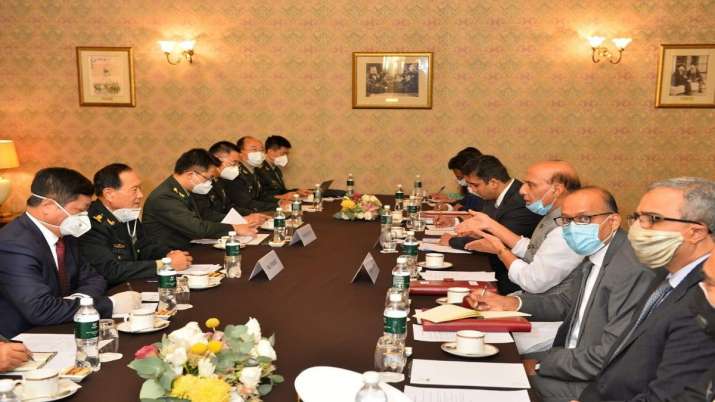 In his address at a ministerial meeting in the Russian capital, Singh also referred to the Second World War and said its memories teach the globe the "folies of aggression" of one state upon another that brings "destruction" to all.

Both India and China are members of the SCO, an eight-nation regional grouping which primarily focuses on issues relating to security and defence.

Indian and Chinese troops are engaged in a bitter standoff in multiple places in eastern Ladakh for four months. Tensions flared up in the region after China unsuccessfully attempted to occupy Indian territory in the southern bank of Pangong lake five days back.