Bihar NITI Aayog report: In what has given the Opposition fresh fodder to attack the Nitish Kumar government, a NITI Aayog report has said that Bihar has the most number of poor people in the country. According to NITI Aayog's Multidimensional Poverty Index (MPI), 51.91% population of Bihar is poor.

Bihar also has the highest number of malnourished people. Jharkhand, Madhya Pradesh, Uttar Pradesh and Chhattisgarh also feature in this list. The Nitish Kumar-led state also ranks worst when it comes to school attendance and using fuel other than gas for cooking. Bihar also ranks at the top in the list of states with houses having no electricity connection. Uttar Pradesh, Assam, Jharkhand and Odisha are the other top four states in the list. 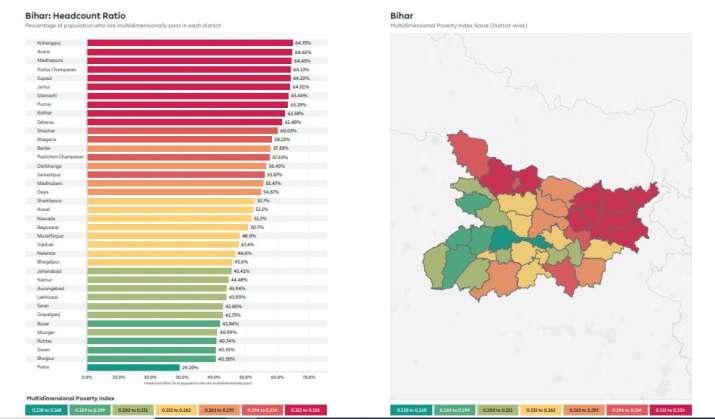 "Bihar is also the worst in 7 indices of the second report of NITI Aayog. The double engine government has no logical answer to this. When I ask questions with facts, logic and truth in the interest of the state, the chief minister gets furious," Tejashwi said in a Tweet in Hindi.

Lalu tries to turn the clock back, drives his old jeep in Patna | Video

"Is there any logic of comparing a poor state like Bihar with a state as prosperous as Maharashtra? I don't understand who and how the study is carried out?" Nitish had told reporters. He asserted that there has been tremendous development in the health sector ever since he took over as the CM.