​Prime Minister Narendra Modi was seen donning the traditional 'veshti' (dhoti) and a round-neck half sleeve shirt as he welcomed Chinese President Xi Jinping in Mahabalipuram on Friday.

​Prime Minister Narendra Modi was seen donning the traditional 'veshti' (dhoti) and a round-neck half sleeve shirt as he welcomed Chinese President Xi Jinping in Mahabalipuram on Friday.

Standing in the middle of a road, both the world leaders shook hands. Jinping was welcomed by Prime Minister Modi himself in Mahabalipuram, also referred to as Mamallapuram. It is situated in Tamil Nadu's Kanchipuram district.

Veshti or dhoti is adorned by men across India, however it has different names in different parts of India like Dhoti, Mardaani, Chaadra, Mundu, Dhotra, Suriya, Panché and more. Earlier this year in June too, the prime minister was seen clad in a traditional Kerala 'mundu' as he visited Guruvayur in Thrissur district and offered prayers.

Jinping, on the other hand, looked all formal. The Chinese President wore a white shirt and black pants. What was common in both the world leaders' attire was white, which also signifies peace.

Modi and Jinping visited a group of temples at Mahabalipuram prescribed by UNESCO as a world heritage site. This group of sanctuaries, founded by the Pallava kings, was carved out of rock along the Coromandel coast in the 7th and 8th centuries. Jinping and Modi had a guided tour of three monuments Arjuna's penance, Panch Raths, and the Shore Temple. Both the leaders were all smiles as they posed raising their hands together. 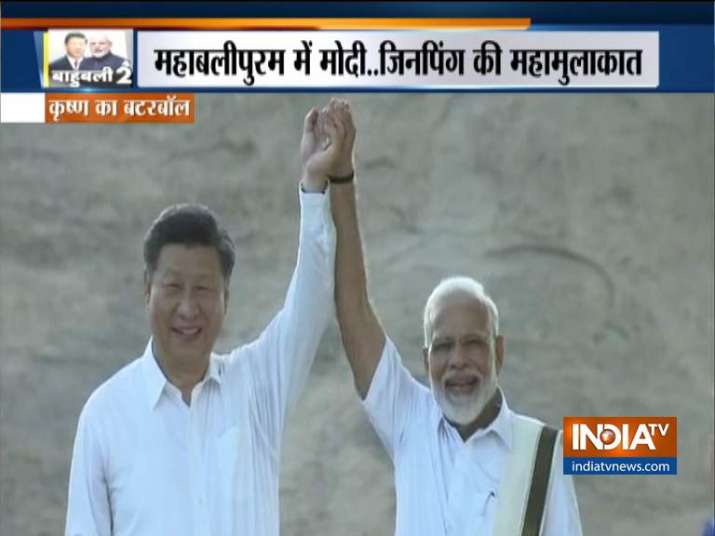 Modi and Jinping stopped by at Panch Raths and had coconut water. They seemed enthusiastic throughout their conversation. The world leaders were accompanied by two officials. 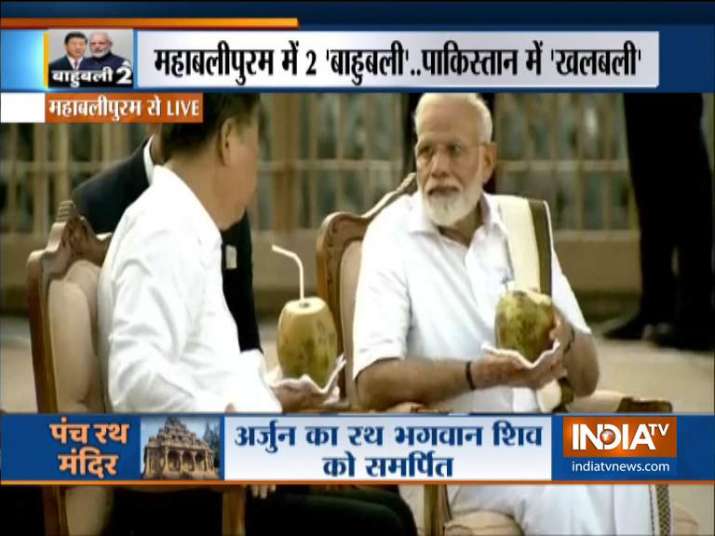