"Wish fellow parliamentarians and others in politics also received such courtesy and bonhomie - from their permanently - scowling PM. In a mature democracy, we would know the two way relationship, favours, transactions. Some day, history will tell us," Sircar wrote in his tweet that has now been deleted.

The image, however, was found to be morphed. The original photo identified the woman as Deepika Mondal, who runs an NGO. Earlier too, similar claims surfaced saying that the lady was industrialist Gautam Adani's Preeti. 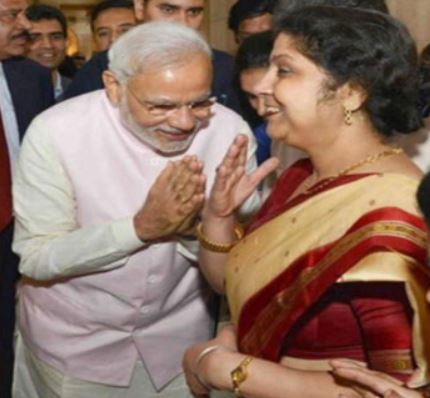 "Disgusting & shameful that a morphed image is being circulated in this manner. It is one thing to not like a person. But it is reprehensible that a former CEO of the Public Broadcaster and former Culture Secy is publicising fake images. We are truly embarrassed by these actions," Shekhar wrote on Twitter.

The public embarrassment forced Sircar to delete the tweet.