An ISKCON temple in Noakhali city in Bangladesh was vandalised and a devotee was killed by a mob on Oct 16.

Members of ISKCON put up posters in Kolkata condemning the recent incidents of violence against the minority Hindu community in Bangladesh.

"We approached the UN (United Nations), they condemned Bangladesh violence. Leaders across the world are raising voices. There has been no report of death there in the last three days. On October 23 we have organised a worldwide protest. Here also we have organised protest and prayer meet," ISKCON Kolkata Vice President Radharamn Das said. 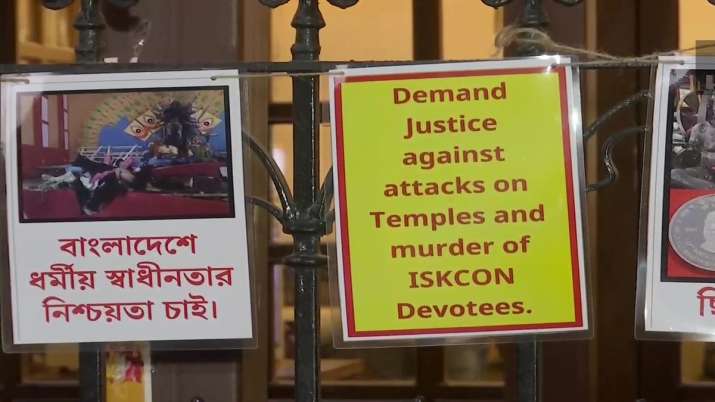 In an official statement issued, the worldwide International Society for Krishna Consciousness (ISKCON) said multiple temples, homes, shops and individuals were attacked across several districts of the country and several innocent members of the Hindu minority were killed. 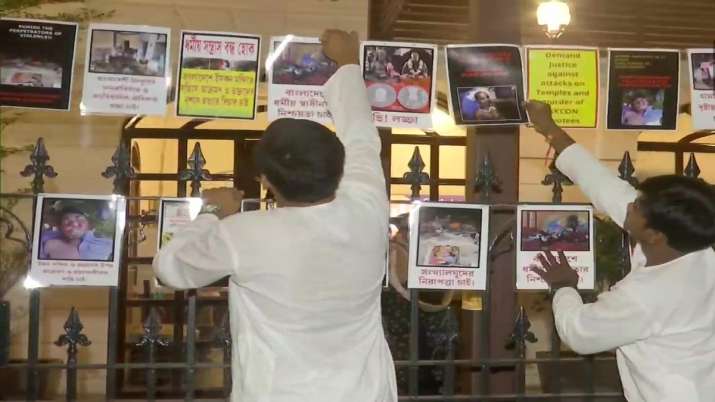 The ISKCON called upon Prime Minister Sheikh Hasina government to take swift action to bring an end to the violence and demanded that perpetrators of the attacks should be brought to justice.A series of attacks on minority religious places in Bangladesh took place. 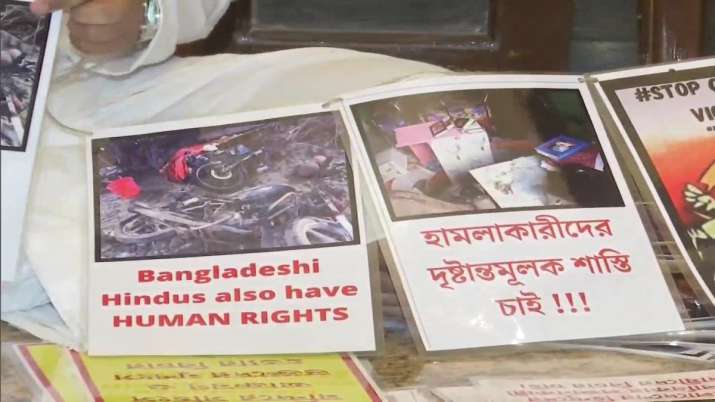 "The worldwide International Society for Krishna Consciousness (ISKCON) community is shocked and saddened by the recent series of violent events directed against the Hindu minority in Bangladesh, including our own ISKCON temples and members," read the statement.