Speaking on the night operations carried out by the Indian Air Force, senior flight pilot Groupo Captain A Rathi who is deployed at a forward air base near India-China border said, "Night operations have inherent element of surprise. IAF is fully trained and ready to undertake the entire spectrum of operations in any environment with the help of modern platforms and motivated personnel." 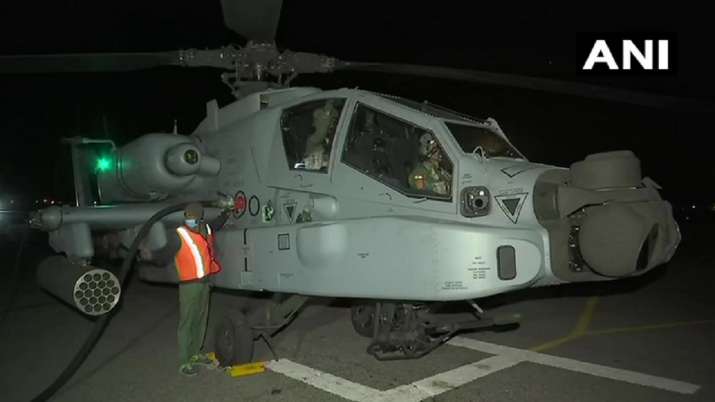 #WATCH Night operations have inherent element of surprise. IAF is fully trained&ready to undertake entire spectrum of ops in any environment with help of modern platforms&motivated personnel:Group Captain A Rathi, senior fighter pilot at a forward air base near India-China border pic.twitter.com/sCc5tJdz8Q

ANI reported that pilots were seen wearing night-vision goggles which helps them to navigate through the mountains around the airbase and the dark night.

IAF's Chinook chopper was the first one to take on sorties during the night operations. Chinook helicopter, loaded with high tech gadgets, navigation functions, played a crucial role in transferring soldiers at the Line of Actual Control (LAC).

Warrant Officer P Sharma while speaking to ANI said, "the motivation level of troops at the airbase is very high. The morale is  very high like our motto Nabha Sparsham Deeptam (Touch the sky with glory)."