The Indian Army and National Disaster Response Force (NDRF) on Wednesday joined rescue and relief work in the flood-affected areas of Hyderabad.

According to a statement from the Defence Ministry, many stranded people have been evacuated and showing humanitarian values, the Army also distributed a large number of food packets to people affected by the floods. 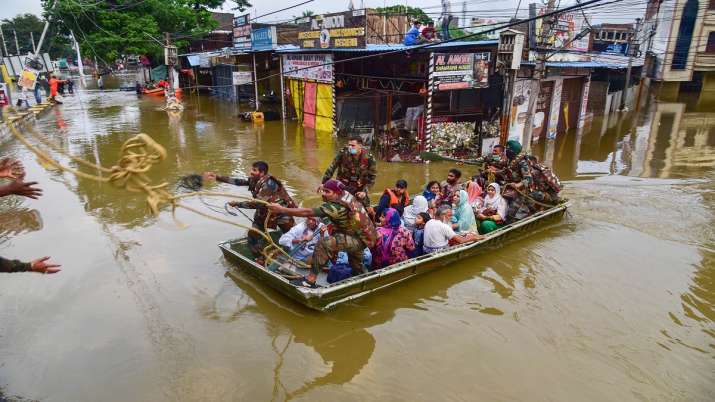 Army medical teams accompanying the columns are providing essential first-aid and medical relief to the stranded people, the statement added.

NDRF teams were also actively involved in rescue and relief works. They rescued 72 people from flood-hit Meerpet area on the city outskirts.

While nine people died in house collapse, six others were washed away in flood water.

An estimated 1,500 colonies were submerged due to extremely heavy rainfall.

Boats were deployed to rescue people from some inundated areas such as Nadeem Colony in Toli Chowki. 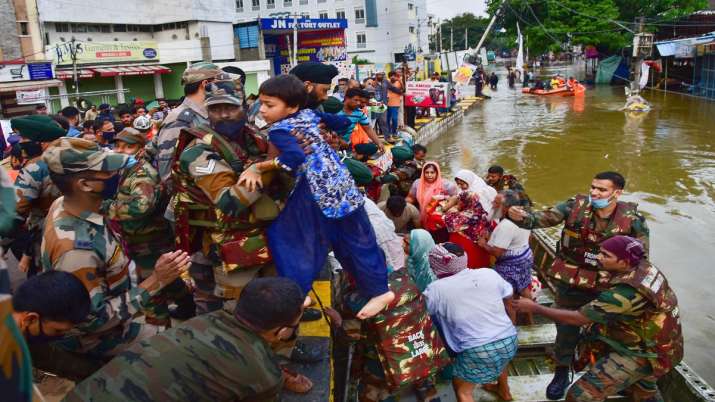 Roads turned into lakes, bringing vehicular traffic to a halt. Vehicles were also stranded on highways to Vijayawada, Bengaluru, Nagpur, Warangal and Srisailam.

Overflowing lakes, nalas and even drainages led to severe waterlogging. Hundreds of vehicles were damaged as water filled the cellars of buildings in affected areas. 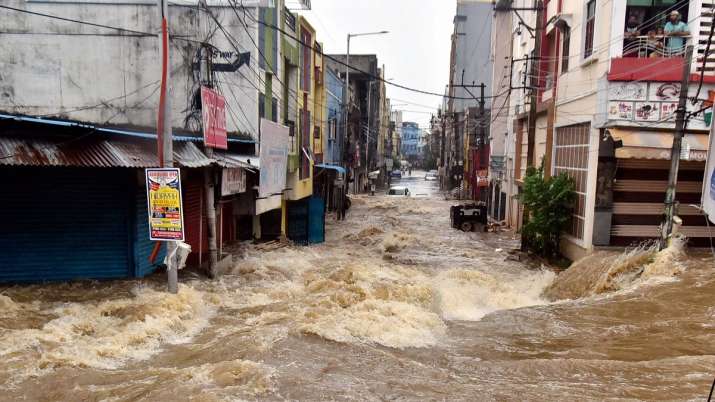 For a second consecutive night, many areas in the city and suburbs remained without electricity.

According to the GHMC statement, six people died in the floods while 121 localities and 20,540 homes were inundated.

He said the municipal authorities would resort to forcible eviction, if necessary, with the help of police.

The minister also held an emergency meeting with officials from Greater Hyderabad Municipal Corporation and other departments to take stock of the situation.

He requested DGP Mahender Reddy and all Police Commissioners of Hyderabad, Cyberabad, and Rachakonda to proactively monitor inundated areas/roads and ensure appropriate traffic diversions are in place. He asked the officials to ensure food, water, and other essentials are available at relief shelters.