Goddess Annapurna's idol, retrieved from Canada, to be handed over to Uttar Pradesh government today

Stone idol of goddess Annapurna, dating back to the 18th century has been, brought back to India from Canada in the national capital on Thursday.

The Uttar Pradesh government will today receive an idol of Goddess Annapurna, stolen from Varanasi about 100 years ago and retrieved from Canada recently.

Stone idol of goddess Annapurna, dating back to the 18th century has been, brought back to India from Canada in the national capital on Thursday.

Union Minister of State Meenakashi Lekhi offered prayers to the deity today at the National Gallery of Modern Art in Delhi.

Later in the day, it (the idol) will now be taken from Delhi to Aligarh. From there it will be taken to Kannauj on November 12 and reach Ayodhya on November 14.

Finally, it will reach Varanasi on November 15 where it will be placed at the Kashi Vishwanath Temple Varanasi, Uttar Pradesh after the appropriate rituals, the release said. 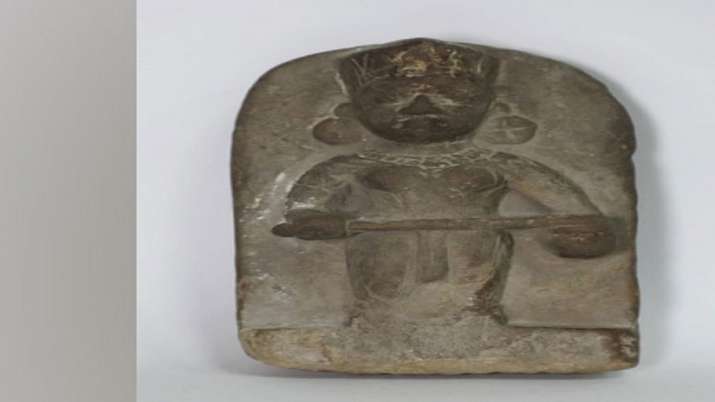 Chief Minister Yogi Adityanath will consecrate the idol at Kashi Vishwanath Temple on November 15. The idol is 17 cm in height, 9 cm in breadth and 4 cm in thickness.

According to Union Minister G Kishan Reddy, 42 rare heritage artefacts have been returned to the country since 2014 during the tenure of Prime Minister Narendra Modi.

Whereas between 1976 and 2013, only 13 rare statues and paintings could be brought to India. At present, 157 sculptures and paintings have been identified abroad. Discussions are going on with several countries to bring them back to India. Efforts are on to bring idols from Singapore, Australia, Switzerland and Belgium. Efforts are also being made to bring about 100 idols from America.