Ghaziabad: Massive fire at mall in Indirapuram, rescue work on

Several fire tenders are at the spot to control the blaze which broke out at Jaipuria mall.

A major fire broke out on the second floor of a shopping mall in Ghaziabad's Indirapuram area on Tuesday.

No casualties were reported in the incident.

The fire broke out at Jaipuria Mall in the afternoon. Several fire tenders were rushed to the spot to douse the blaze.

The cause of the fire was yet to be ascertained, the police said. However, locals said that the fire broke out due to gas leak during a function which was organised on the second floor. 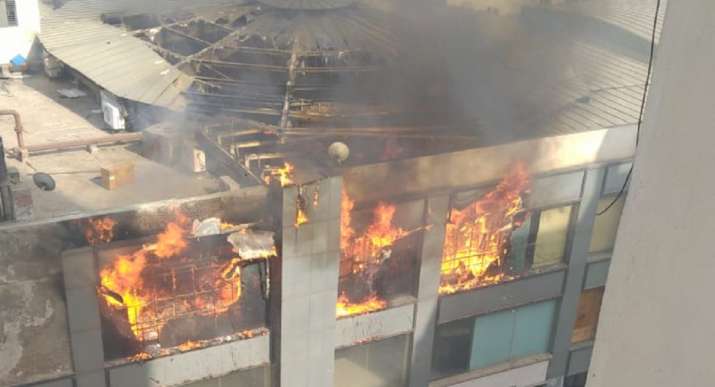 The mall is situated close to a highrise residential society.