FAKE VIDEO: No, BJP is not bribing the voters of Delhi with Rs 700

The fake video had been shared on the Facebook group of the Karnataka Pradesh Congress Committee, which has 73,000 members

A viral video showing an alleged Bharatiya Janata Party (BJP) worker campaigning door-to-door for the upcoming Delhi assembly elections, as she offers Rs 700 for every vote cast in favour of the saffron party is doing the rounds of social media.

“You will be paid Rs 700 for every vote. This is a small gift from didi. We will get the cheque sent,” a political worker is heard telling a resident in the video.

The pamphlets being carried by the worker in the video bear the name of Kausalya Devi Bansal.

Besides, the video has also been shared by some social media users on different groups whose membership runs into thousands. For instance, the same fake video had been shared on the Facebook group of the Karnataka Pradesh Congress Committee, which has 73,000 members. 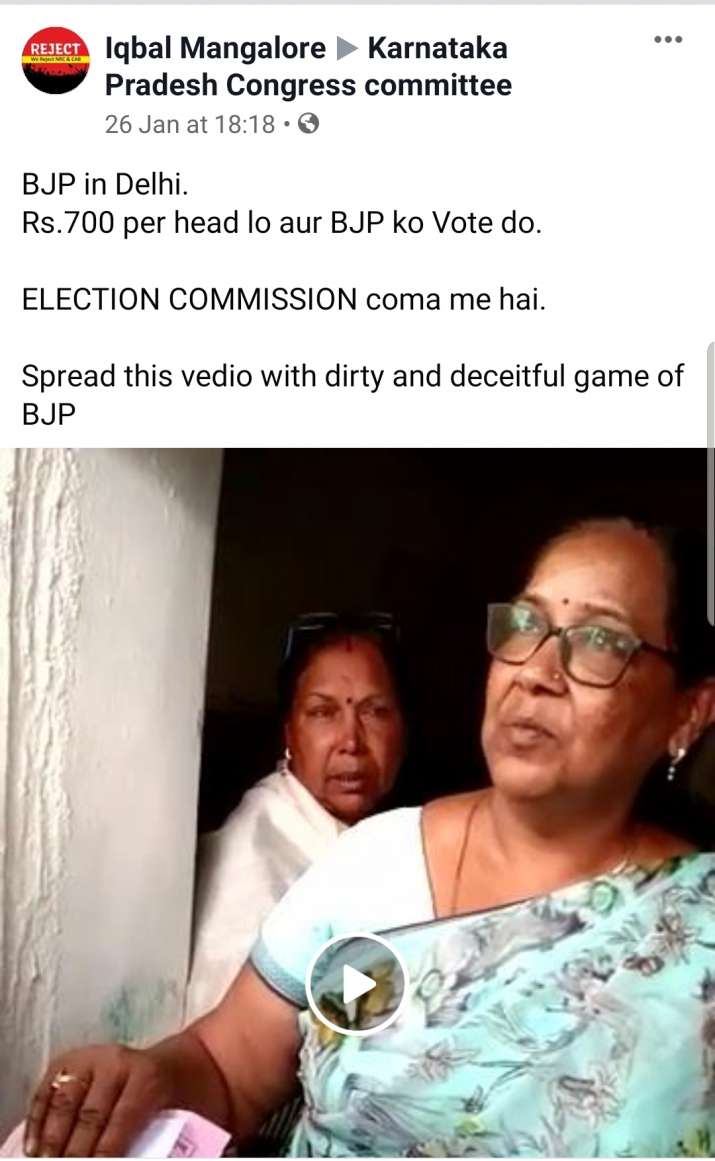 On close inspection, the video was found to be fake and having no relation with the Delhi assembly elections at all.

The origin of the video

The video surfaced a day before the voting for the municipal elections in the state of Chhattisgarh. According to a report in Hindi daily Dainik Bhaskar on December 22, 2019, Kausalya Devi Bansal was contesting from Ward 19 of the Mahasamund Nagar Palika in Chhattisgarh.  Bansal was back then the vice-president of the Nagar Palika.

When she was contacted by the newspaper over the video, Bansal dubbed it as “fake” that had been put in circulation to demean her image.