Delhi-NCR to receive rains in the next 2 hours, IMD says in latest forecast

​The national capital will receive rains, accompanied by thunderstorm, in the next two hours, an update published by the India Meteorological Department (IMD) read at 3.33 pm Tuesday.

The national capital will receive rains, accompanied by thunderstorm, in the next two hours, an update published by the India Meteorological Department (IMD) read at 3.33 pm Tuesday.

According to the forecast, thunderstorm with light to moderate intensity rain would occur over and adjoining areas of isolated places of North Delhi, North-West Delhi, South-West Delhi , NCR (Bahadurgarh) Rohtak, Mattanhail, Jhajjar (Haryana).

Earlier on Tuesday, the national capital received heavy rains that led to waterlogging on several road stretches across Delhi, including Pragati Maidan in the central part of the city and Dhaula Kuan in the southern part.

According to the weather agency, the southwest monsoon had reached Delhi on July 13 -- 16 days behind the usual date of onset. 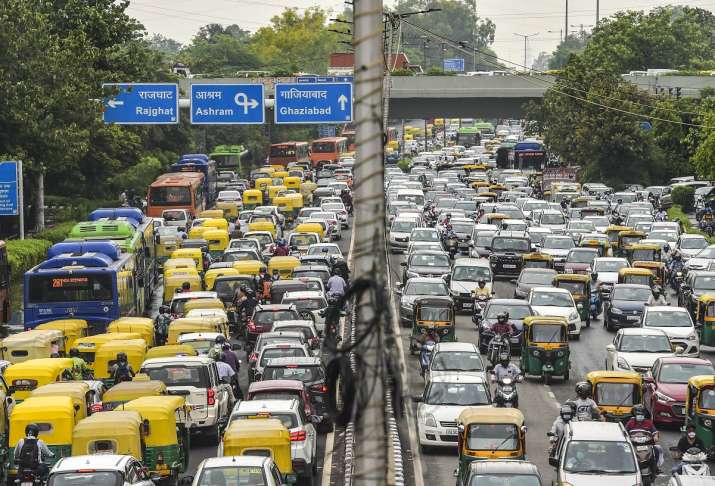 Waterlogging was also seen at Mathura Road, Moti Bagh, Vikas Marg, Ring Road, Rohtak Road, Sangam Vihar and Kirari, among other places. According to the IMD, 100 mm of rainfall was recorded at the Safdarjung observatory, which provides representative data for the city, in the last 24 hours. 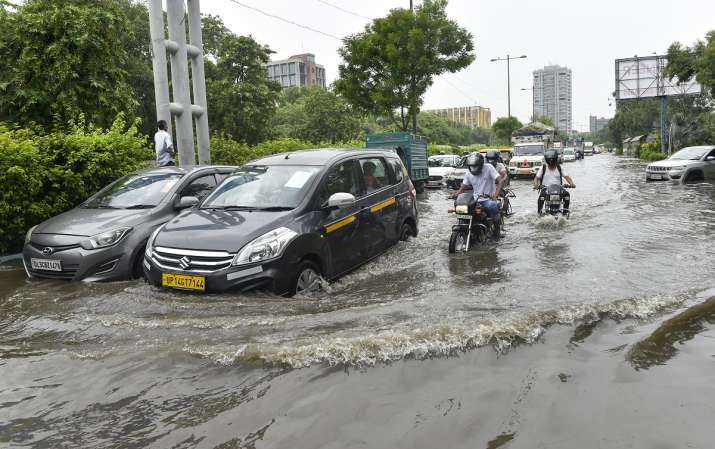 Due to the waterlogging situation, the entry and exit gates of Saket metro station were closed.

"Trains are currently not stopping at Saket metro station. Entry/exit gates have been closed due to waterlogging. Services otherwise normal on entire Yellow Line," the DMRC said.