​Kashmir's famous Dal Lake froze on Thursday as the cold wave in the valley continued unabated with Srinagar recording the coldest night in at least three decades.

DO NOT WALK ON FROZEN DAL LAKE

People, particularly youth and children attempt to walk on the frozen water bodies including Dal Lake, but this could be life-threatening. Aamir Ali, Nodal Officer State Emergency Operation Centre, said that moving on this thin layer of ice, particularly Dal Lake, is very risky and results in slips, falls, fractures, and fatal injuries. When the thickness of the ice is less than 4 inches, it is very unsafe to walk or play and the ice can break, resulting in drowning, he said. The officer said there are many springs inside Dal Lake and the ice is very thin at these spots and it is difficult to spot these locations while walking or playing on the ice surface. Meanwhile, District Magistrate Shahid Choudhary has issued an advisory to dissuade people from walking, playing, or moving on frozen Dal Lake as it is unsafe, dangerous, and potentially life-threatening. Action will be initiated against anyone trying to violate these instructions, he said. 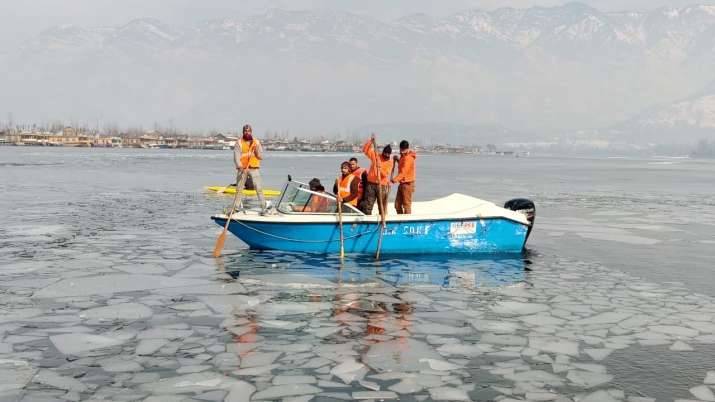 READ MORE: After 25 years, Srinagar records minus 8.4 degrees at night

Quick Response Teams (QRTs) of Jammu and Kashmir SDRF and River Police have been deployed in Dal Lake as a precautionary measure. The SDRF teams are breaking the ice frozen on the lake as those on houseboats couldn't cut the ice and reach the banks.

A team of SDRF was deployed in Srinagar’s Dal Lake today to break the ice frozen on Dal Lake. The houseboat people Couldn’t cut the ice and come to the banks today morning as the layer was thick.@indiatvnews pic.twitter.com/oLsfi4bnM0

The plunge in the minimum temperature has resulted in the freezing of water supply pipes. Motorists are facing a tough time as a thick layer of ice has covered several roads in the city and elsewhere.

Currently, under the grip of 'Chillai-Kalan', Kashmir is frozen due to the bone-chilling cold. Chillai Kalan is the 40-day harshest winter period when a cold wave grips the region and the temperature drops considerably leading to the freezing of water bodies including the Dal Lake as well as the water supply lines in several parts of the valley. 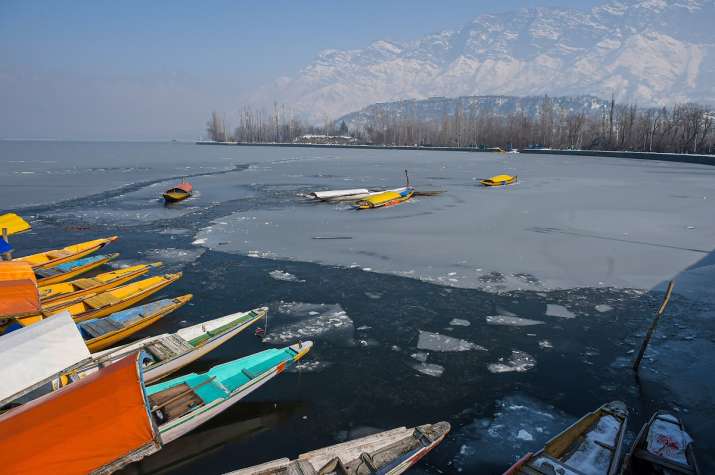 The chances of snowfall are the most frequent and maximum during this period and most areas, especially in the higher reaches, receive heavy snowfall. 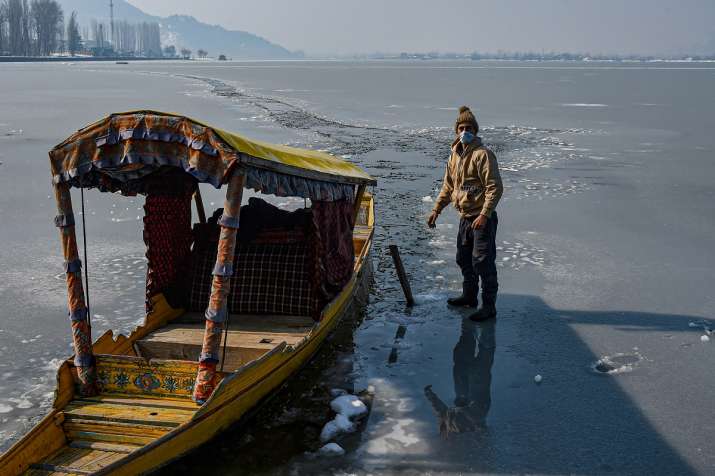