Gyms across the country may have reopened with strict COVID-19 guidelines for fitness lovers, but the set of rules issued by Chandigarh Lake Club has caught our attention. A notice, which has now gone insanely viral on social media, wants gym-goers to smell good and shave legs. The viral notice also states those attending the gym shouldn't be found wearing smelly socks.

"Gym member lifting heavy weights make loud noises which are not allowed. Please do not make loud sounds while lifting weights," one of the points on the viral notice read.

"Gym users wearing shorts should shave their legs to maintain the decorum and to avoid unnecessary attention," another point read. 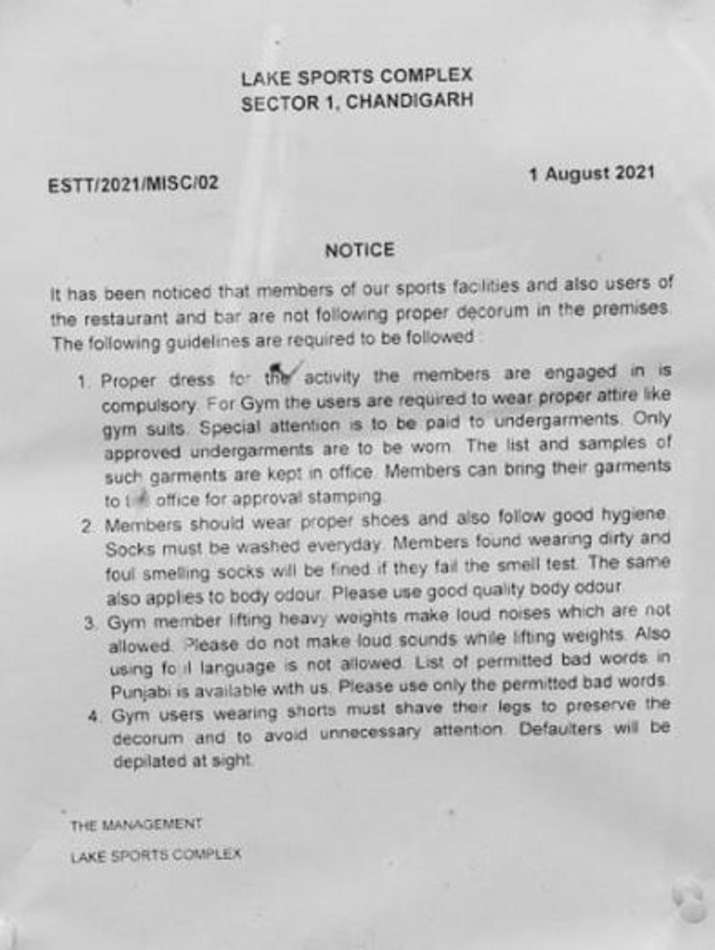 The notice was shared on Twitter by a journalist, who though later removed the post, but had already left netizens puzzled. In a subsequent tweet, the journalist said, "Deleted the tweet after the club management’s statement. I hope they are right. But this was nonetheless hilarious. (Not all notices there have stamps earlier too)."

After the notice went viral, the Lake Sports Complex in Chandigarh has come up with a clarification on the post.

In a statement to news agency ANI, Anmol Deep, a trainer said the notice wasn't issued by the authorities at the Lake Club. It could be mischief by someone, he said.

"We didn't issue this. Somebody must have done this mischief as we remain closed on Monday, we're checking CCTV footage to find out," the trainer said.