In a humanitarian gesture, India on Wednesday handed over a 17-year-old girl to Border Guard Bangladesh (BGB) who was pushed into prostitution six months ago by a gang involved in illegal human trafficking between the two countries.

In a humanitarian gesture, India on Wednesday handed over a 17-year-old girl to Border Guard Bangladesh (BGB) who was pushed into prostitution six months ago by a gang involved in illegal human trafficking between the two countries.

The girl, whose name was withheld, was lured by two members of the human trafficking gang in Bangladesh on the pretext of providing her job in a beauty parlour in India.

As the girl's parents had fixed her marriage against her will, she ran away from her home with two people from her village, identified as Kalu and Suhag, as they promised her a good job in India. 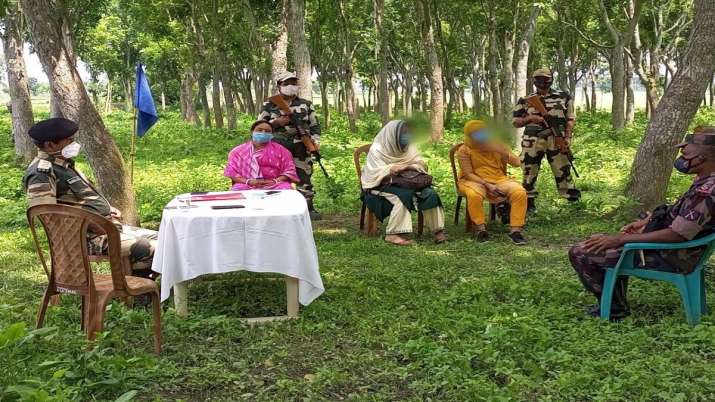 Both Kalu and Suhag are members of the trafficking gang. After reaching India, Kalu sold the girl to an Indian tout named Mohammed Ali for Rs 1.5 lakh. Ali later brought her to Panjipara (Uttar Dinajpur) in West Bengal and started forcing her into prostitution.

The girl along with her mother were apprehended by the Border Security Force (BSF) personnel on Tuesday afternoon when they were trying to illegally cross the International Border. The BSF troops brought the mother-daughter duo to Border Out Post Jeetpur for further investigation.

In view of the seriousness of the crime, BSF handed them over to Border Guards Bangladesh on humanitarian grounds. In her questioning, the victim revealed that a boy named Mithun informed her mother about her sad story through a mobile phone in Bangladesh.

Her mother informed the BSF that her daughter was missing since January 16 this year and an FIR was lodged in Pallavi Mirpur Police Station, near Dhaka. 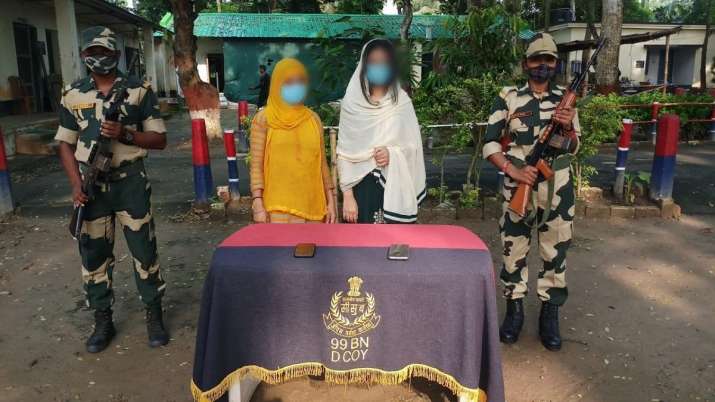 The 45-year-old mother of the girl said she came to India illegally and went to Panjipara after receiving the call from Mithun about her daughter. She later rescued her daughter from the clutches of the touts with the help of the village headman.

Ravi Kant, Commanding Officer of 99 Battalion BSF, said the BSF is taking strict steps to prevent infiltration and human trafficking along the India-Bangladesh border. Consequently, the criminals involved in such crimes are being pursued and some of them are being caught and punished according to the law.

Due to the mutual goodwill of the border guarding forces of both friendly countries, few cases are handed to the Border Guards Bangladesh (BGB). The BGB and the BSF are also taking strict legal action against human traffickers.