Shobha yatra to maha aarti on the ghats of Saryu: Ayodhya prepares for a Diwali before Diwali

This will be a Diwali before Diwali. The entire Ayodhya city will be illuminated with lakhs of 'diyas' (earthen lamps) from August 3 to 5 to mark the 'bhoomi pujan' for the proposed Ram temple.

This will be a Diwali before Diwali. The entire Ayodhya city will be illuminated with lakhs of 'diyas' (earthen lamps) from August 3 to 5 to mark the 'bhoomi pujan' for the proposed Ram temple.

UP Chief Minister Yogi Adityanath, who visited Ayodhya on Saturday to review the arrangements for the 'bhoomi pujan' on August 5, said, "We have to make this auspicious hour reach every corner of the country and make Ayodhya the pride of India and the world. There will be 'Deepotsav' at every house and temple on nights of August 3, 4 and 5. Cleanliness should be the first condition and this is an opportunity for Ayodhya to set an example through self-discipline."

"The idea of a three-day 'Deepotsav' was given by the Chief Minister and we are now going all out to arrange for the three-day event. We will be asking every individual to join in and celebrate by lighting diyas at his house," said a senior district official on Sunday.

BJP MLA from Ayodhya, Ved Prakash Gupta, said, "Diwali will be celebrated in Ayodhya for three days, culminating in the bhoomi pujan on August 5. The town will be decorated like a bride to mark this historic event. At least 11,000 diyas would be lit on the banks of Saryu and every house and temple will be illuminated." 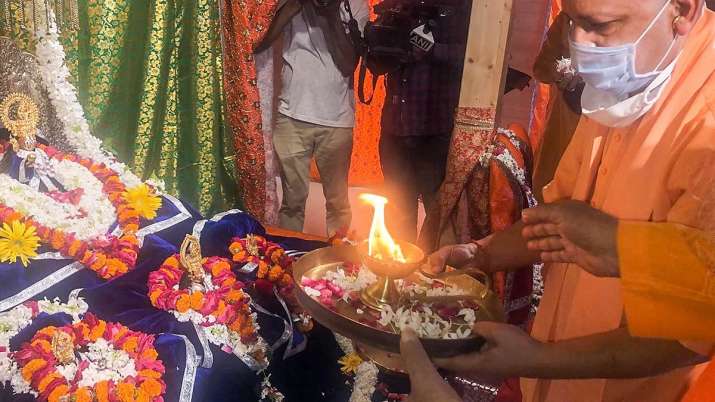 The 'Deepotsav' programme, held on the eve of Diwali, was initiated in 2017 by Yogi Adityanath when 1.7 lakh diyas were lit on the banks of Saryu river.

The event, since then, has become bigger with every passing year and in 2019, the state claimed a record when 5.5 lakh diyas were lit in Ayodhya during 'Deepotsav'.

Street lighting, a 'shobha yatra' (pageant) of various overseas Ramlila performances, a maha- aarti one the Ghats of Saryu, a light-and-sound show on the river and lighting of earthen oil lamps have been a part of the event.

Meanwhile, Triloki Nath Pandey, decree holder of Ram Janambhoomi said, "The Chief Minister has said that the auspicious occasion has arrived after a struggle of five centuries. The nation is celebrating and we should cherish this moment by welcoming the day by lighting lamps." 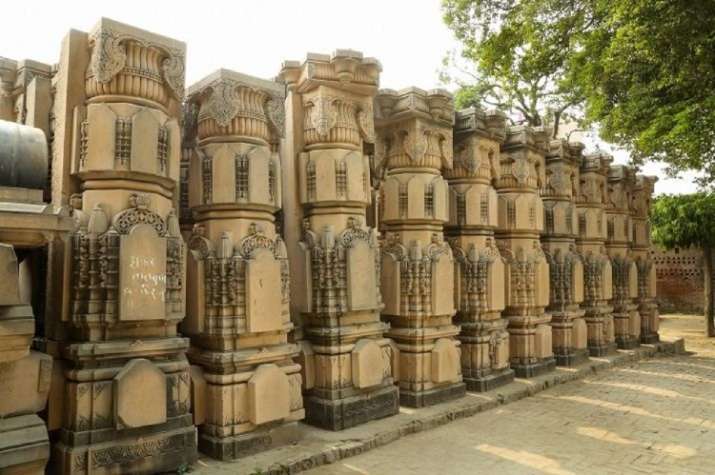 Mahant Siya Kishori Saran of Sat Guru Sadan said, "We want the world to know that we are celebrating Diwali to mark the 'bhoomi pujan' of the temple."

Mahant Suresh Das of Digambar Akhara also echoed similar sentiment and said, "The temple is going to be constructed after 500 years and every house must light diyas."