A day after taking oath as the 15th Chief Minister of Assam, Himanta Biswa Sarma on Tuesday allocated portfolios to his 13 cabinet colleagues. Sarma has kept Home, Personnel, PWD departments himself. 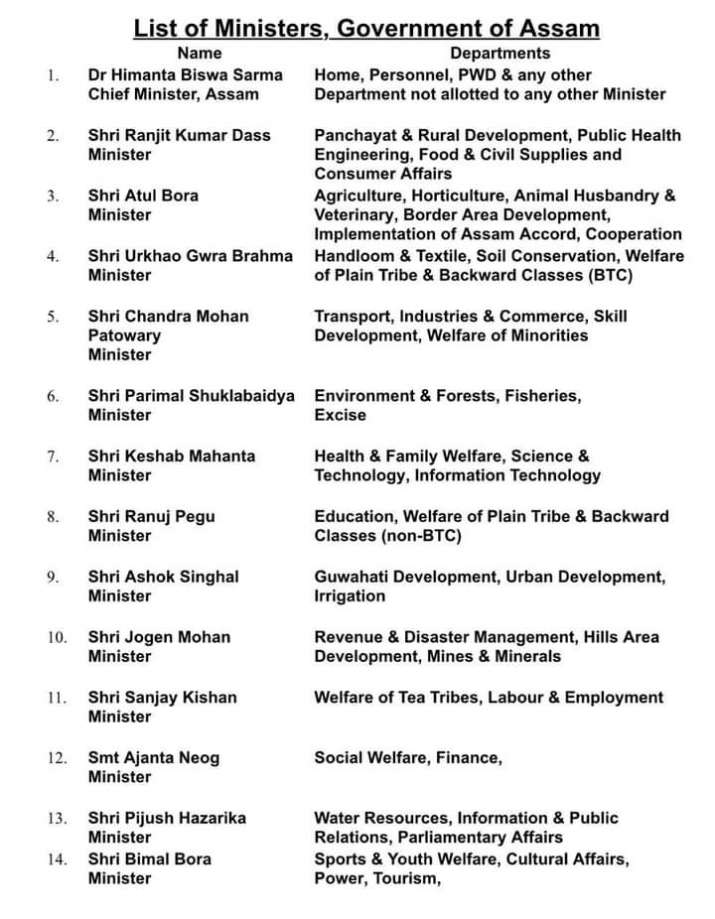 The ruling BJP alliance is the first non-Congress government in the state to win the elections for the second consecutive term.

Of the 126 assembly seats in Assam, the ruling alliance has secured 75 seats with BJP winning 60 while the AGP got nine seats and the UPPL six.