Abdul Kalam Death Anniversary: Former President APJ Abdul Kalam, also known as the Missile Man of India, passed away while delivering a lecture at IIM Shillong on July 27, 2015. Kalam, the country's most lovable President, served as the 11th President on India between 2002 and 2007. He suffered a cardiac arrest while delivering a speech at IIM Shillong and collapsed, leading to his death. He was 83 years old at the time of his demise.

Kalam collapsed on the stage while addressing the students of IIM Shillong. Soon after his collapse, he was rushed to a hospital in the city where doctors declared him dead. It was reported that he had suffered from a cardiac arrest.

Ahead of the lecture, Kalam was last publicly seen at Guwahati airport. He had last tweeted: "Going to Shillong.. to take course on Livable Planet earth at IIM." 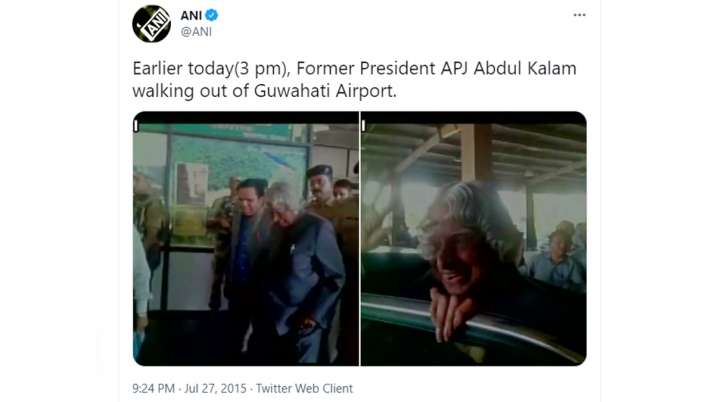 Abdul Kalam was known as the 'Missile Man of India' for his pivotal organisational, technical, and political role in India's Pokhran-II nuclear tests in 1998, the first since the original nuclear test by India in 1974.

Kalam was fondly known as the 'People's President' due to his demeanour and his ability to be liked by the opposition and ruling parties alike.

APJ Abdul Kalam left this world with an abundance of his knowledge and insights. Several of his books have been bestsellers and are still read many years after their launch. Some of his popular books are Wings of Fire, Ignited Minds, India 2020, Turning Points, and Transcendence.

His book India 2020, was co-written by Kalam and Y S Rajan. Both visionaries painted a picture about how they want the year 2020 to look like. Kalam strongly advocates an action plan to develop India into a strong nation by the year 2020. He regards his nation as a knowledge superpower and developed nation. In the book, Kalam had also said that it should be the dream of all the citizens to see India as a developed country.