At least 20 people have been killed and several others injured in Tamil Nadu after a Bengaluru-Ernakulam-Thiruvananthapuram bus met with an accident after being hit by a speeding truck near Avinashi town of Tirupur district.

At least 20 people have been killed and several others injured after a Kerala state road transport corporation bus met with an accident near Avinashi town of Tirupur district in Tamil Nadu. The accident occured after a speeding truck experienced a tyre burst after which it lost control and hit the bus.

The bus was going to Thiruvananthapuram from Bengaluru, while the lorry was coming from the opposite direction on the Coimbator-Salem Highway when the mishap occurred at 4.30 am, police said.

Tragic #Accident
19 people were killed and several others injured in a major accident in Tamil Nadu’s Coimbatore, after a #Kerala Transport bus collided with a container truck. The bus was on its way to #Ernakulam from #Bengaluru. @indiatvnews pic.twitter.com/seb0ZXi9N8

Of the 48 passengers in the bus, 20 (14 men and 5 women, one not known) died on the spot and remaining sustained injuries. 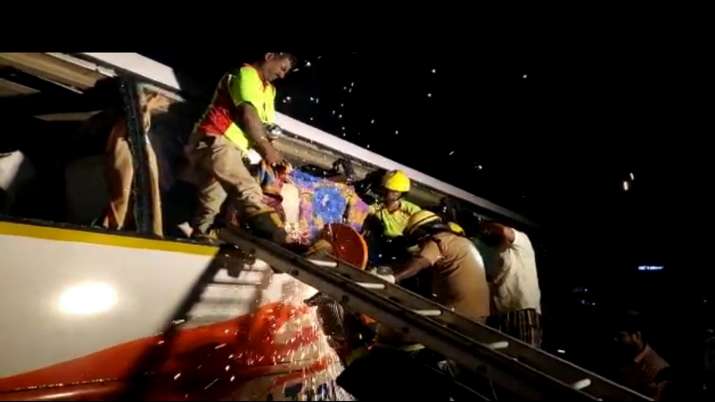 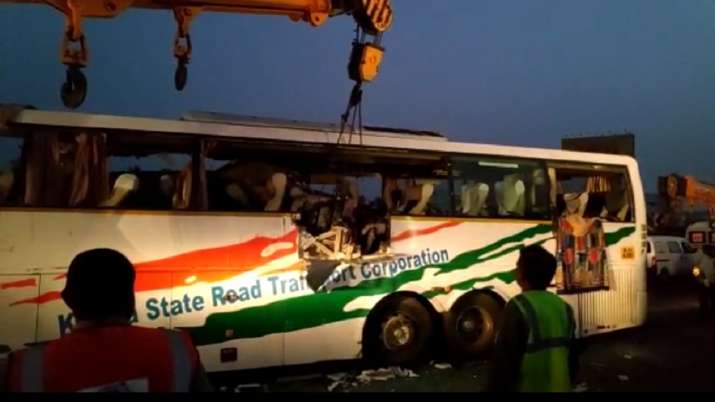 Meanwhile, Kerala chief minister Pinarayi Vijayan has instructed District Collector of Palakkad to provide emergency medical care to the victims of the accident. Procedures to identify the deceased are in progress, the CMO office informed.

Chief Minister's Office (CMO) Kerala on bus-truck collision in Tamil Nadu's Tirupur dist: CM Pinarayi Vijayan has instructed Dist Collector of Palakkad to provide emergency medical care to the victims of the accident. Procedures to identify the deceased are in progress.(file pic) pic.twitter.com/e8RHfuAy1D

"All possible relief measures will be taken in cooperation with the government of Tamil Nadu and the District Collector of Tirupur," Kerala CMO office added. 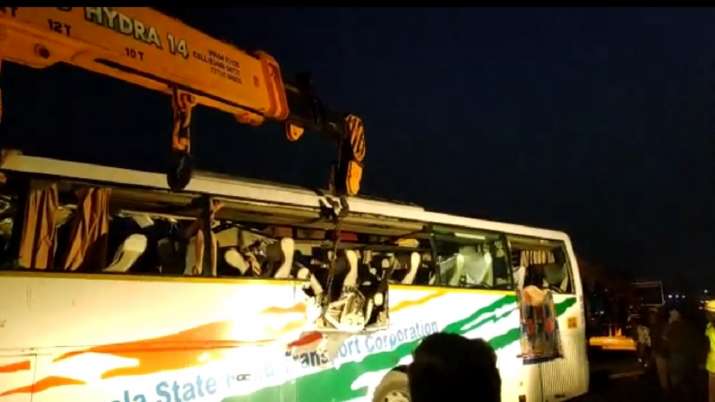