100 days of farmers protest: What all has happened so far

It's the 100th day since the farmers first camped at Delhi borders to protest against the three new farm laws brought by the Modi government in 2020.

It's the 100th day since the farmers first camped at Delhi borders to protest against the three new farm laws brought by the Modi government in 2020. Though farmers protest against the new reforms in the agriculture sector began in mid-2020, beginning with 'rail roko andolan', they decided to launch 'Delhi Chalo' campaign to pressurise the government. Farmers blocked major entry points from Uttar Pradesh, Haryana to Delhi to press for their core demand of repealing the laws. Several rounds of discussions were held between the government and the farmer unions. The Centre offered proposals to farmer leaders, listening to most of their demands except repealing of laws. The government in fact offered to put new reforms on hold for 1.5 years but farmers weren't satisfied and said they won't leave until laws are repealed. 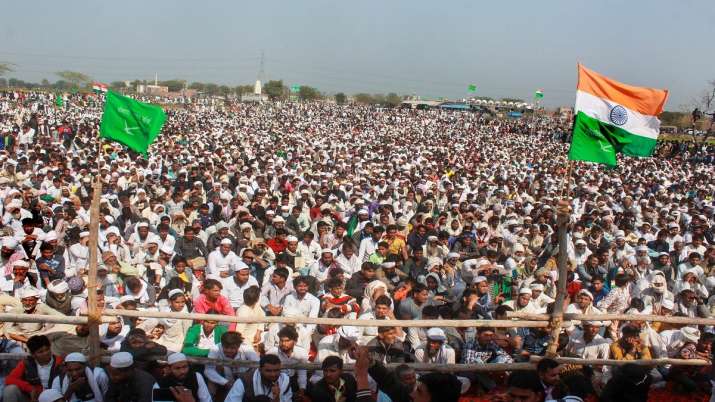 Farmers initiated their protest against the new laws in August, initially blocking railway tracks in Punjab, Haryana but didn't get much traction. In November, they decided to move to near Delhi borders, as part of 'Delhi Chalo' march, blocking major entry points to the national capital at Singhu (Haryana), Ghazipur (Uttar Pradesh) and Tikri intersections.

On November 26, farmers camped near Delhi borders and blocked traffic movement. The number of farmers participating in the protest witnessed a quick surge. In just few days, thousands of farmers were camping at Singhu border with their tractors, along with family members, including children, elderly, raw material for food reserved for months. Same scenes were witnessed at other entry points including Ghazipur, Tikri, Chila (Noida) borders.

Tens of thousands of farmers (mainly from Punjab and Haryana) initially tried to enter Delhi following their 'Delhi Chalo' call but were stopped by law enforcement agencies citing law and order situation.

Initial days of farmers protest near Delhi borders saw law enforcement agencies trying to stop them from entering the national capital using force, resorting to water cannons, or even baton charge, whenever they (farmers) behaved unruly.

By November 30, between 1-3 lakh farmers were protesting near Delhi borders, with no intention to step back and return.

With winters setting in, govt appealed to farmers 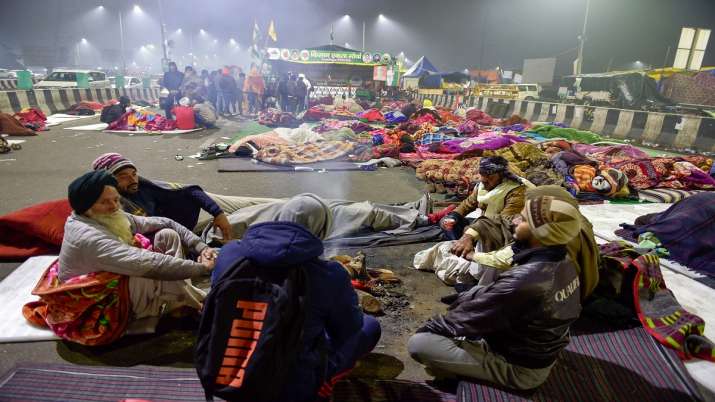 As winters started to set-in, the government appealed to farmers to send back elderly, children home, since they would be exposed to extreme weather. However, farmers did not listen to the government. By now, farmer union leaders started negotiating with the Centre represented by Agriculture Minister Narendra Singh Tomar, Railways Minister Piyush Goyal, other officials.

Little or no progress was made in the initial meetings during first few rounds of talks.

Unreasonable demands such as release of those accused for anti-national acts were put forth by farmers.

Several rounds of meetings in December and January, but no solution reached 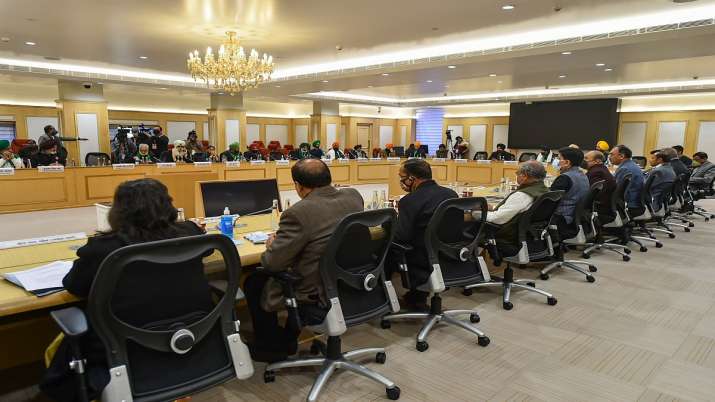 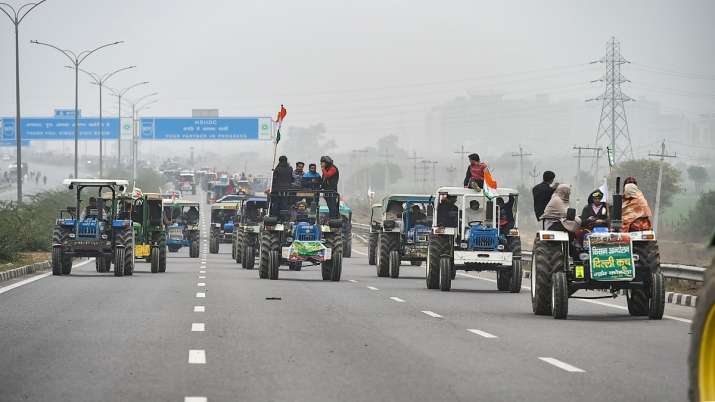 The January 26 mayhem in Delhi 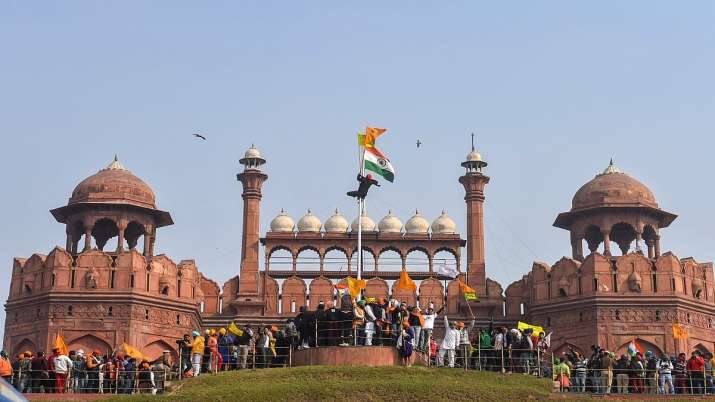 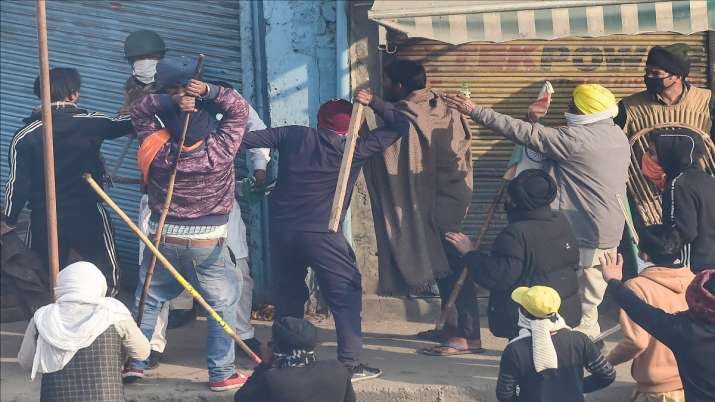 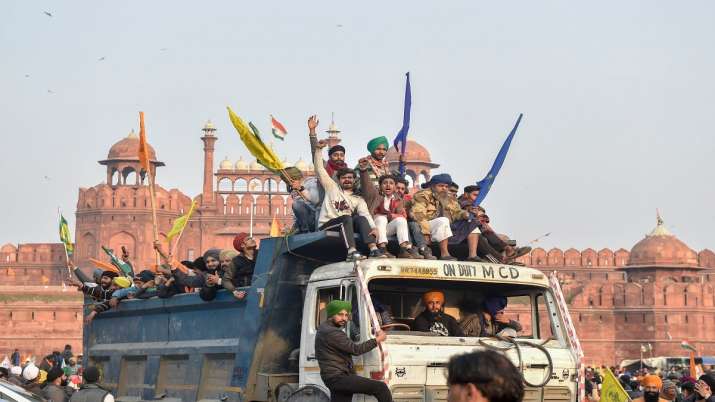 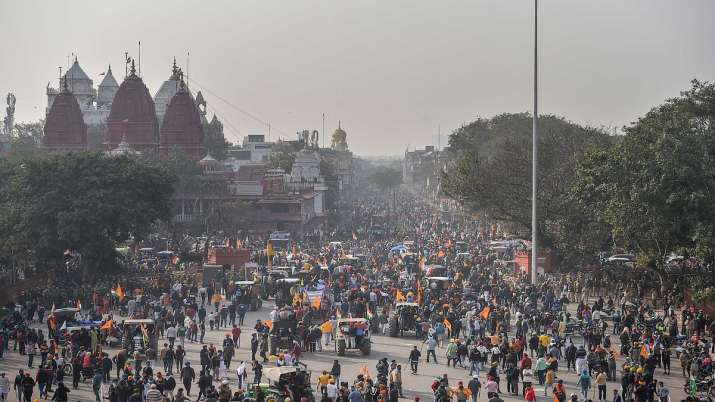 Three activits including Disha Ravi, Shantanu, Nikita Jacob came under scanner after a toolkit in relation to the farmers protests was shared by Greta Thunberg.

A 'toolkit' is a series of guidelines suggesting how a particular aim can be achieved. Toolkits chart out plans of action explaining topics at hand and offers suggestions that could be followed to achieve particular goals.

The Delhi Police contended that the Google document tweeted by Swedish climate activist Greta Thunberg to back the farmers' protest and then deleted, was created by Ravi and two other activists -- Nikita Jacob and Shantanu Muluk. 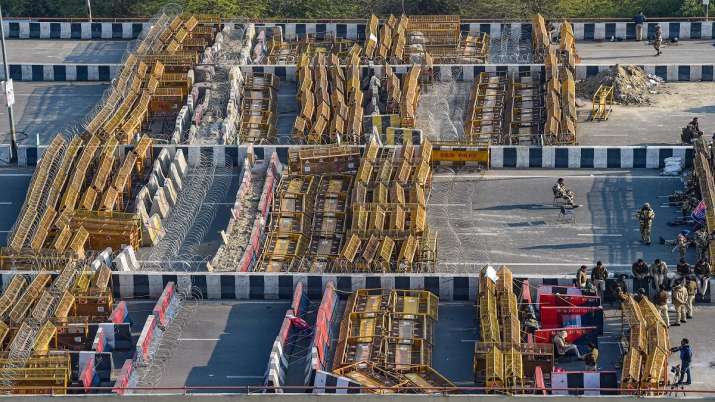 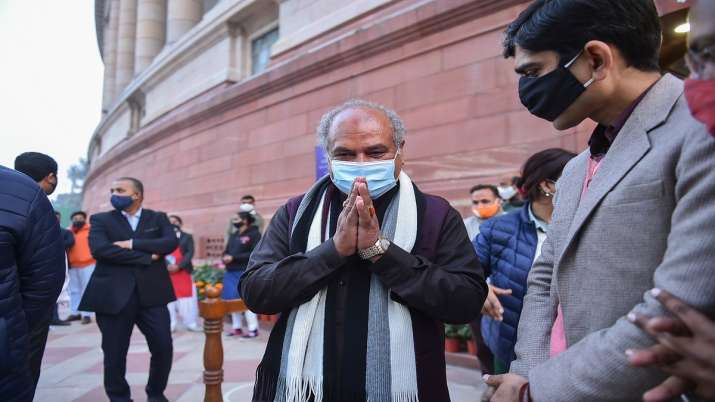