Driven by a self-propulsion module sans a separate locomotive, the train, capable of running at a speed of up to 160 kmph, comes with technical features for enhanced quick acceleration.

Train 18, the country’s first engine-less train is set to hit the tracks for trials on October 29. The train is being regarded as a successor to the 30-year-old Shatabdi Express.

Driven by a self-propulsion module sans a separate locomotive, the train, capable of running at a speed of up to 160 kmph, comes with technical features for enhanced quick acceleration. 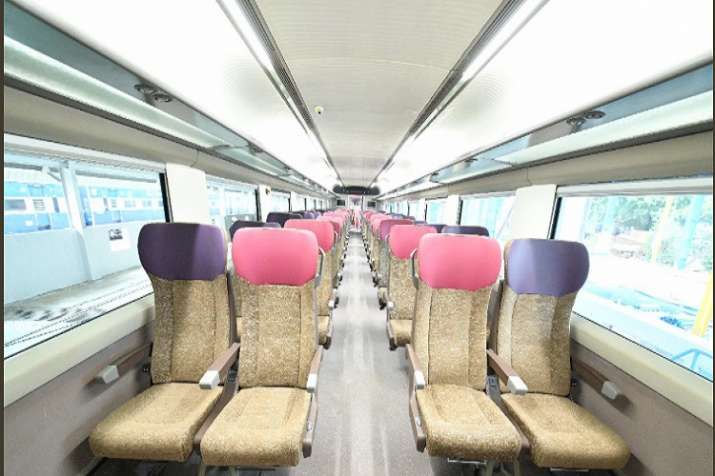 The swanky 16-coach prototype without a locomotive (engine) will cut travel time by 15 per cent compared to the Shatabdi.

Developed by the  Chennai-based Integral Coach Factory in 18 months, the full AC train is designed in such a way that passengers can have a look at the driver’s cabin.

ICF General Manager Sudhanshu Mani told PTI that it cost nearly Rs 100 crore to build the prototype and subsequent production would bring down the cost.

“It will be unveiled on October 29, then it will do three to four days of trial outside the factory and then will be handed over to Research Design and Standards Organisation (RDSO) for further trials,” he said.

The self-propelled train, fitted with CCTV cameras, would have two executive compartments in the middle with 52 seats each, whereas trailer coaches would have 78 seats each.

It has a potential to travel up to the speed at 160 kmph as against 130 kmph of Shatabdi and would result in the travel time being reduced by around 15 per cent once the tracks are fit to suit Train 18’s speed. 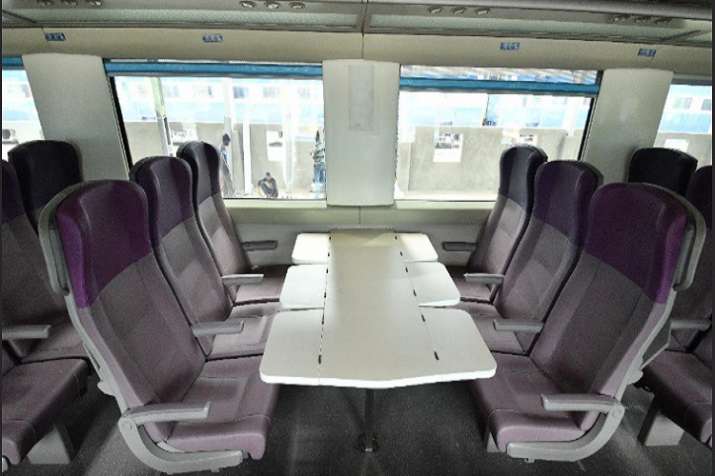 The footstep in a coach’s doorway slides outward when the train stops at a station enabling passengers to alight safely with comfort in view of the variation in height between a train’s floor and the platform.

Shatabdi was introduced in 1988 and is presently running on over 20 routes connecting metros with other important cities.

( With inputs from PTI )