Going to Pakistan like going to hell: Manohar Parrikar

Manohar Parrikar back in Goa after pancreatic ailment treatment at AIIMS

"In my five-minute meeting with Rahul Gandhi, there was no mention of Rafale deal," Parrikar said.

Gandhi had met Parrikar on Tuesday at the Assembly Complex and inquired about his health.

Hours after meeting Parrikar, Gandhi told party workers in Kerala that Parrikar has stated that he had nothing to do with the 'new (Rafale) deal' that was "orchestrated by Prime Minister Narendra Modi to benefit Anil Ambani". 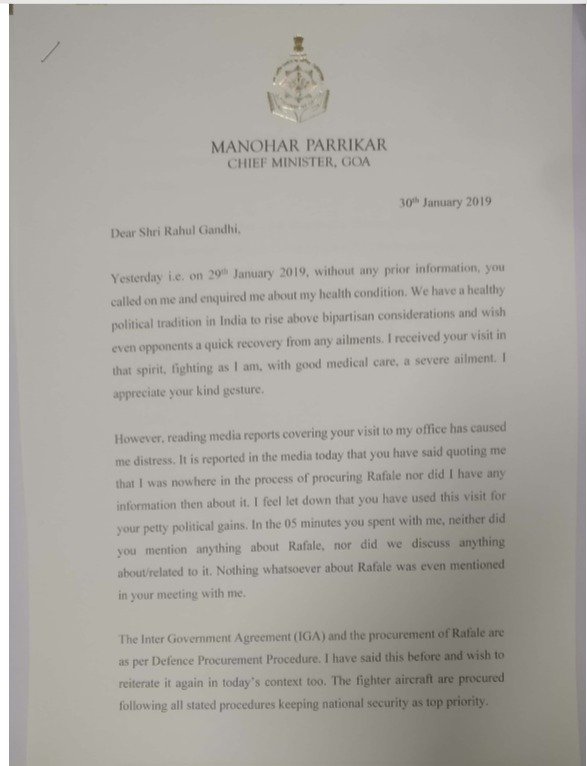 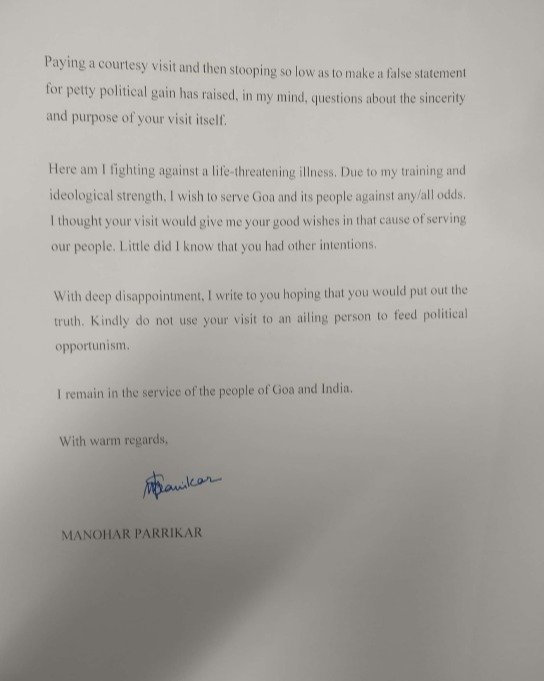 Parrikar, 63, has not been keeping good health since last year due to a pancreatic ailment. He couldn't attend his office due to frequent hospitalisations.

Gandhi has been relentlessly targetting PM Modi over the deal to purchase Rafale fighter jets from France.

The Congress had released an unverified audio tape last year in which Goa Health Minister Vishwajeet Rane purportedly told an unidentified person that Parrikar was holding the government to ransom because he was in possession of the Rafale deal files.