Aslam Sher Khan, former hockey player and former Congress MP, said that he can be Congress president for a fixed term of 2 years

Post its debacle in Lok Sabha Election 2019, the Congress is having a leadership crisis. Party president Rahul Gandhi is firm on his stand of stepping down from his post while the party is urging him to continue.

In such troubled times, help has arrived from unlikely quarters.

Aslam Sher Khan, former olympian and former union minister, has written to Rahul Gandhi and has offered to become Congress president for a "fixed tenure of  2 years".

To make his case, Sher Khan has written that his experience as an international hocley player and an ex-MP will prove useful in leading the Congress party as its president.

"While playing team sports such as hockey or football, there are situations when tactical substitutions have to be made to change the dynamics of the game in order to score an equaliser goal," writes Aslam Sher Khan in his letter, while suggesting at change of guard is necessary in the Congress.

He says that he has "proven capability to perform in such a situation" further in his letter. 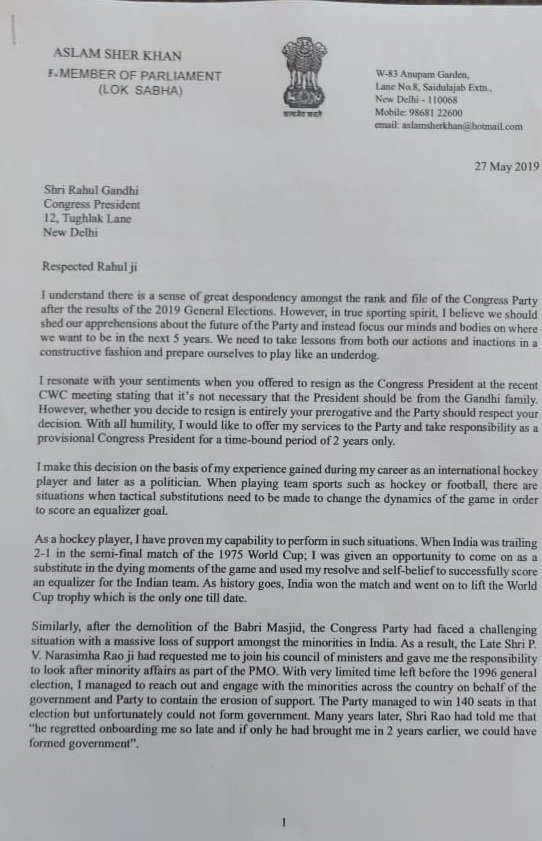 He has been a Congress MP in the past. In December 1997, he joined the BJP but later left the party.