Eid Mubarak! Eid al-Adha is being celebrated with traditional fervour across India and the world, with Jammu and Kashmir observing the festival with equal gusto as restrictions have eased.

Eid Mubarak! Eid al-Adha is being celebrated with traditional fervour across India and the world, with Jammu and Kashmir observing the festival with equal gusto as restrictions have eased. The restrictions were imposed on August 5 when Home Minister Amit Shah announced that the central government has decided abrogation of special status given to Jammu and Kashmir under Article 370 and creation of two new UTs -- Jammu and Kashmir, and Ladakh -- after bifurcating the state.

Eid-al-Adha or Eid-ul-Azha coincides with the completion of the annual holy pilgrimage, Haj, and is known as the "festival of sacrifice."

Another video of people celebrating #Eid in #Srinagar #Kashmir. pic.twitter.com/AdMQ97aNdm

Greeting people on Eid al-Adha, Prime Minister Narendra Modi hoped that the festival will further the spirit of peace and happiness in the society.

Eid al-Adha, also called festival of sacrifice, is being celebrated on Monday.

"My best wishes on the occasion of Eid al-Adha. I hope it furthers the spirit of peace and happiness in our society. Eid Mubarak!," the prime minister wrote on Twitter.

Six mandies and markets had been established in Srinagar city while 2.5 lakh sheep was made available for public for sacrifice on Eid-al-Adha. Special and elaborate arrangements have been made for the safe and hassle-free returns of Hajis from Saudi Arabia, for which flights will commence on August 18.

SRINAGAR: People offered Eid namaz in the morning at Mohalla mosques on #EidAlAdha, today. Large groups of people are not allowed to assemble, traffic restrictions in place. #JammuAndKasmir pic.twitter.com/CA2QDcHxND

All deputy commissioners have nominated their nodal officers who will be stationed at the airport from August 18 to facilitate the return of 'hajis' to their native places in the city and elsewhere in the Valley.

Special help-line desks will be established at the airport and Hajj houses for the convenience of 'hajis'. The government has also stocked sufficient amount of various essential items. 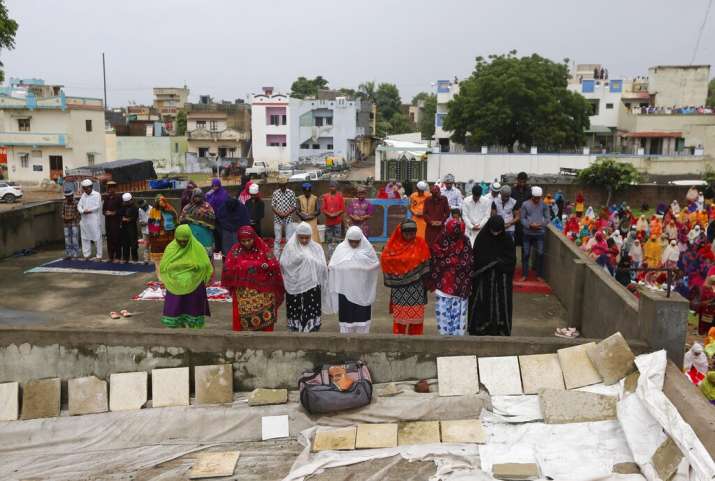 For Eid, other than the provisional stores, bakery and sweet shops too have been facilitated to remain open and cater to the people's needs.
The government has also deployed liaison officers in various places in the country, including Aligarh and New Delhi, to help students hailing from Kashmir and pursuing their studies outside the Valley, to celebrate Eid and communicate to their family members in the Valley. 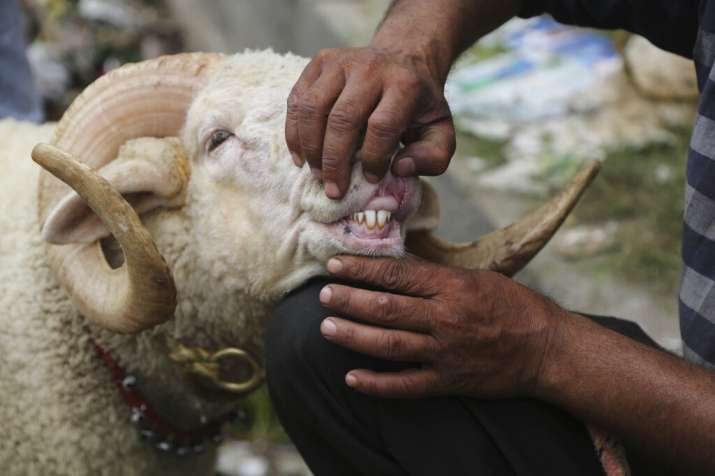 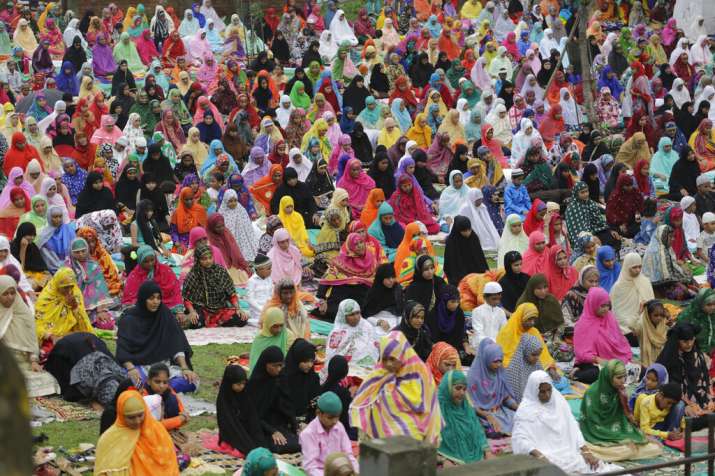 Telangana: Devotees gather at Eidgah Mir Alam in Hyderabad to offer namaaz, on the occasion of #EidAlAdha. pic.twitter.com/J6Yi6InGrY