As the national capital reels under rains and gusty winds brought on by weather anomalies, North India shivers after a thick blanket of snow covered most of the upper reaches.

Delhiites woke up to a chilly Sunday morning as a spell of cold showers, instigated by a western disturbance and a cyclonic circulation, brought the temperature down in the national capital area. The rain has also brought strong gusty winds and fog with it. The NCR is expected to record a maximum temperature of 18 degree Celsius and the minimum could go up to eight.

According to Skymetweather, the current weather conditions are likely to persist through the day, resulting in rain with strong gusty winds and fog. "Chances of hailstorm cannot be ruled out," the weather site said, adding that rain and thundershower is likely in the evening up till afternoon of January 6. Thereafter gradually, the rain will take a backseat, it said.

Snowfall in North India brings back winter chill, Leh shivers at minus 14

Due to thick clouding and rain over the region, day temperatures are expected to drop significantly over the region. This might lead to Cold Day conditions to develop over a few parts. A place is considered to be under ‘Cold Day’ conditions when the maximum temperatures touch the mark of 16 degree Celsius or so. Delhi is also expected to observe dense fog at many places during the morning hours.

The upper reaches of North India have been covered in a blanket of snow after Saturday. Parts of Himachal, Uttarakhand, and Jammu and Kashmir are shivering under cold weather conditions.

Jammu and Kashmir: Kashmir has been cut off from rest of the country as the snow blocked the road and aerial traffic in and out of the region. The Jammu and Srinagar highway as well as the Srinagar airport are out of order due to heavy snow.

The snow also claimed a life in J&K. A man slipped to his death while clearing snow from the roof of his house in Bandipora district of Jammu and Kashmir on Saturday. The victim, identified as Mumtaz Ahmad, was rushed to a hospital where he succumbed to the injuries. 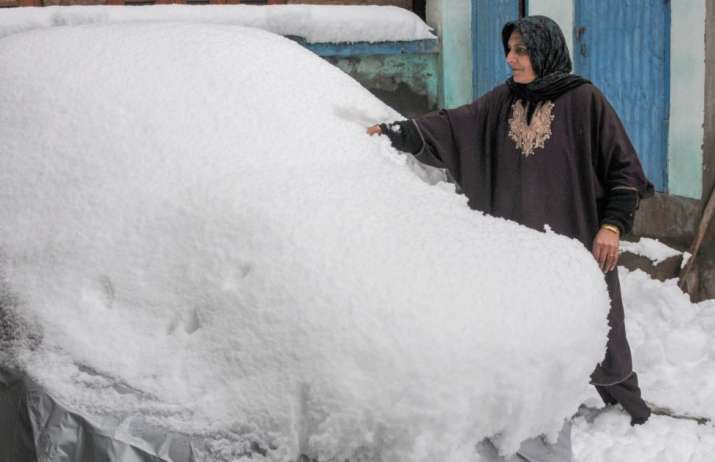 Himachal Pradesh: The cold wave has further intensified in Himachal Pradesh with several high altitude regions in Kullu, Chamba, Kinnaur and Lahaul-Spiti districts receiving fresh snowfall and rain, the meteorological department said. The minimum temperature in Kalpa was -2 degree Celsius, while it was -1.1 degree in Dalhousie and -0.8 degrees Celsius in Kufri from 5.30 pm Friday to 8.30 am Saturday, he said.

It may be recalled that the India Meteorological Department (IMD) had sounded an 'orange warning' of heavy snowfall, rain and hailstorm in most parts of the state from January 4 to 6. 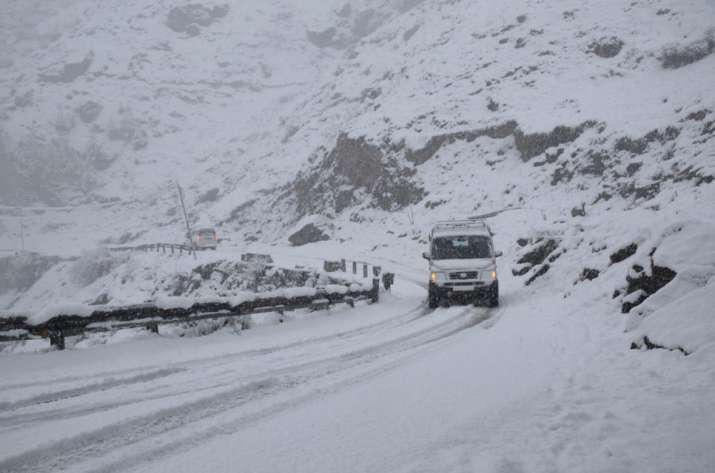 Uttarakhand: Higher reaches of Uttarakhand hills received fresh snowfall on Saturday while overcast conditions prevailed at most places in the plains. The Himalayan shrines of Kedarnath in Rudraprayag and Badrinath in Chamoli district, besides the skiing slopes of Auli, received fresh spells of snow in the morning and afternoon, the met department said.

The weather department on Saturday warned of heavy snowfall and rain at isolated places in Uttarkashi, Chamoli, Rudraprayag, Bageshwar and Pithoragarh districts over the next 36 hours. Hailstorm is also likely to hit isolated places in Dehradun, Tehri, Pauri, Haridwar, Nainital and Champawat districts during the period, it said. 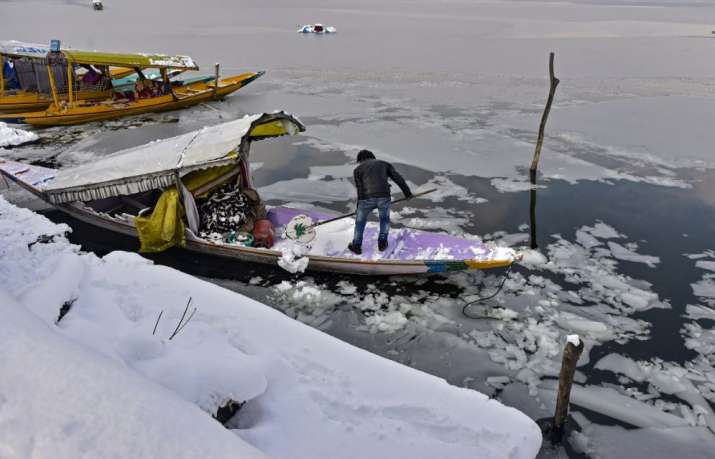 Punjab and Haryana: The on-going cold conditions in Punjab and Haryana Saturday aggravated with minimum temperature hovering at 3.5 degrees Celsius at Narnaul, making it the coldest place in the region. The minimum in Narnaul, Haryana, was one notch below normal, the MeT office said. Besides, several parts of the two states remained engulfed under a thick blanket of fog which adversely affected the air, rail and road traffic in the region, the MeT said. The MeT forecast cloudy sky with likely rain or hailstorm at isolated laces till Sunday. Besides, the region is likely to face dense to very dense fog till Sunday. 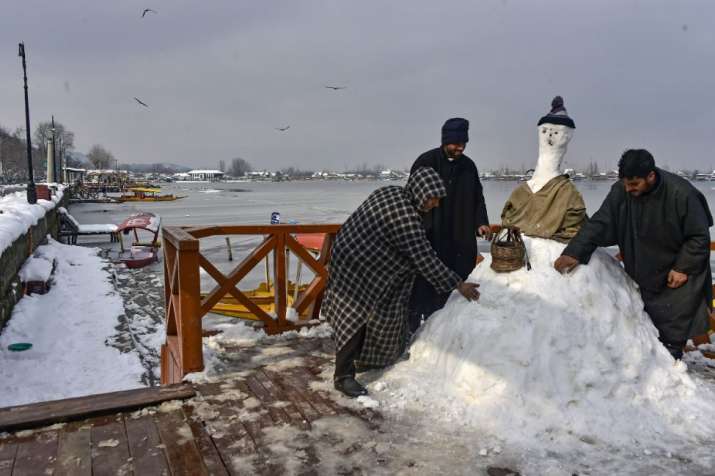