10 years of 26/11 Mumbai attacks: Pain has only intensified, thought of it trembles us, says Baby Moshe's grandfather

He was just two years old when he lost his parents in the dreadful 26/11 Mumbai terror attacks. Ten years have passed by, but the tragedy and the scars it left behind are still vivid in the memories of his family.

In an interview to PTI, Baby Moshe's grandfather, Rabbi Shimon Rosenberg said that the trauma of the carnage still continues.

"Time heals, they say, but for us the pain has only intensified over the last ten years as we see the boy growing", he said.

"As Moshe grows and his inquisitive mind raises questions it is increasingly difficult for us to handle," he said, adding that it hurts them immensely when he asks about his parents and why he is growing up with his aging grandparents. 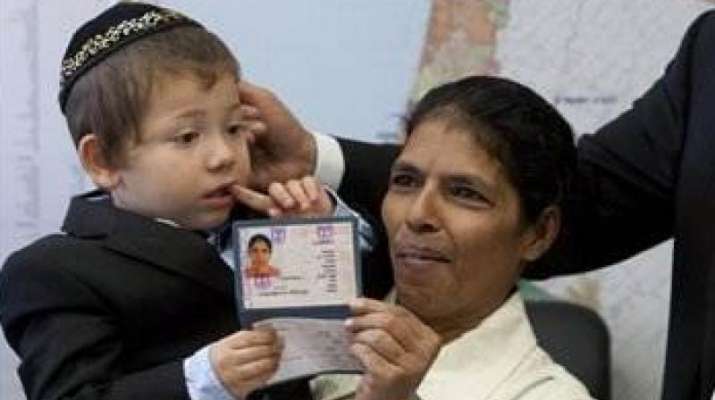 "We are growing old and his questions are quite natural," Rosenberg said.

Moshe was in the same building that time. His Indian nanny Sandra Samuel found him sitting next to his parents' bullet-riddled bodies, crying and alive. She risked her life and fled the building with the baby.

The boy, who is now 12 years old, lives in Israel with his maternal grandparents. Sandra, 54, has been felicitated by the Israeli government as an honourary citizen. She lives in Jerusalem but visits Moshe every weekend.

During the meeting, Baby Moshe had expressed his wish to visit Mumbai. " 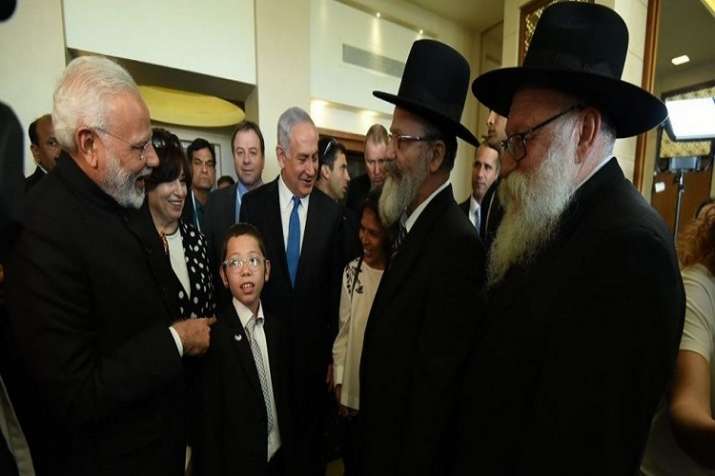 "I hope I will be able to visit Mumbai, and when I get older, live there. I will be the director of our Chabad House...I love you and your people in India," Moshe told the prime minister who embraced the young boy on seeing him.

Modi responded by saying, "Come and stay in India and Mumbai. You are most welcome. You and your all family members will get long-term visas. So you can come anytime and go anywhere."

Netanyahu had then promptly asked Moshe to join him when he travels to India, a promise he did not forget and the family accompanied him during his trip to India earlier this year.

India issued 10-year multiple entry visas to Moshe and his grandparents to ease their travel to the country in August 2017. Modi is said to have personally followed up on the matter as promised to Moshe during their meeting.

Appreciating the support he has received from the Indian government, Rosenberg said; "I appreciate the government and people of India for the way they have stood by us and made us feel that it is a shared pain. We thank them for the relationship they have built with us and the warmth they have extended to us," he said recalling the family's trip with Israeli Prime Minister Benjamin Netanyahu to Mumbai early this year.

"People can say and complain about all sorts of things like security lapse, etc, but we believe in God. The feeling of oneness demonstrated by Indians is heartwarming and we appreciate it a lot," Rosenberg asserted.

"I can't believe its been ten years. Feel as if it was just now. The thought of it trembles me and is terrifying but the sight of Moshe gives a lot of strength. He is now such an intelligent big boy who will have his bar mitzvah next year," Sandra told PTI . 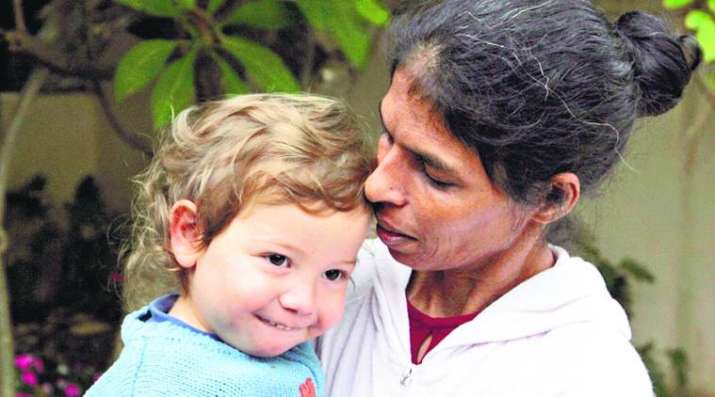 Bar mitzvah is a ceremony performed for Jewish boys at the age of 13. Some Israeli scholars compare the ceremony to the Hindu upnayana or the sacred thread ceremony.

Sandra's pictures of holding the little boy close to her chest after escaping from the place touched the hearts of millions of people all over the world.

"I will always regret not being able to do anything for Rivki and Rabbi Holtzberg. Also that they cannot see their child growing up. He is such a bright child. They would have been proud of him," a choking Sandra said.

The family celebrated Moshe's 12th birthday about three weeks ago at his school and at home with close family as per the Hebrew calendar. As per the Gregorian calendar, he will turn 12 on November 28.

The boy's grandparents had planned to celebrate his bar mitzvah next year at the Chabad House where he was born and lost his parents, but seem to have changed their mind following their trip in January to India with Netanyahu.

"The pain is just too traumatic for him to go through once again. He was deeply impacted by the site during his visit and his psychologist also feels that it would not be a good idea to push him to celebrate his bar mitzvah there," Rosenberg said.

In 26/11, ten LeT members carried out a series of 12 coordinated shooting and bombing attacks lasting four days across Mumbai. The attacks, which drew widespread global condemnation, began on November 26 and lasted till November 29. At least 174 people, including nine attackers, died and over 300 were wounded.

Eight of the attacks occurred at Chhatrapati Shivaji Terminus, the Oberoi Trident, the Taj Palace and Tower, Leopold Cafe, Cama Hospital, the Nariman House, the Metro Cinema, and in a lane behind the Times of India building and St Xavier's College. Explosions took place at the Mazagaon docks and in a taxi at Vile Parle.