World No Tobacco Day 2018: Here’s how tobacco smoke can affect your heart

WHO (World Health Organisation) sponsors May 31st as World No Tobacco Day in order to spread annual awareness and highlight the health risks associated with tobacco use.

India TV Lifestyle Desk
New Delhi Updated on: May 31, 2018 11:40 IST
Since 1987, WHO (World Health Organisation) sponsors May 31st as World No Tobacco Day in order to spread annual awareness and highlight the health risks associated with tobacco use and encourage governments to adopt effective policies to reduce smoking. While the popular belief is that smoking largely affects the lungs because they get directly exposed to inhaled smoke, health experts warn that it also impacts the entire cardiovascular system, which is why this year, the focus of World No Tobacco Day is on ‘Tobacco and Heart Disease’.
According to the World Health Organisation (WHO), smoking tobacco is globally the second leading cause of heart diseases after high blood pressure. Nearly 12 percent of cardiovascular deaths worldwide occur due to tobacco abuse and passive smoking. WHO states that of the seven million lives that tobacco claims worldwide each year, almost 900,000 are passive-smokers. 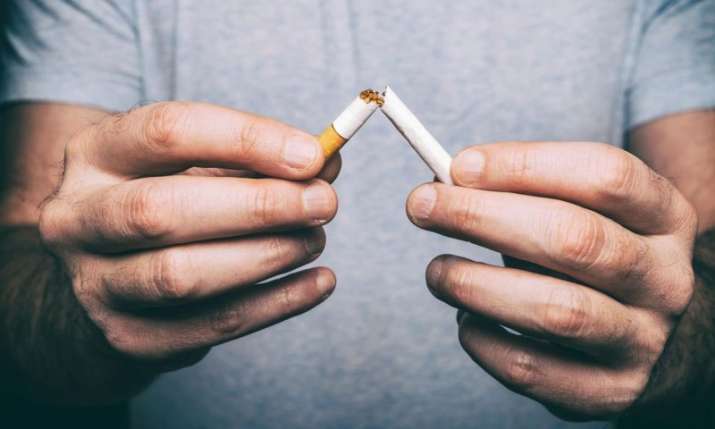 Cardiovascular diseases have already become very common in people and the presence of nicotine in tobacco takes it to further alarming levels. First, it increases the blood pressure and then results in heart attack. The only way to stay clear of the disease is to maintain a good distance from tobacco.
In order to stop the consumption of tobacco, WHO encourages governments worldwide to protect people from its harms. Measures include:
- It demands governments create smoke-free public places, workplaces, and public transportation
- Encourage Organisations and groups that that helps people who choose to quit tobacco. The launch of toll-free quit lines is also a suggested option.
- Implementation of health warnings on all tobacco packings
- Social media is a big thing among youth, so launching effective anti-tobacco mass media campaigns that educate public can be very useful
- Any type of promotion, from advertising to sponsorship, of tobacco, should be banned.
- Increased taxes on tobacco products to make them less affordable.
Other measures like clinical interventions, counselling and behavioural therapies can also help people quit tobacco abuse. Tobacco, whether smoked, swallowed, or chewed poses multiple hazards. In addition to affecting the lungs and heart, it also increases the risk of head and neck, lung, oesophageal, pancreatic, and urologic cancers. It is better to stay away from something as dangerous and murderous as tobacco.
(With IANS inputs)