Divyanka Tripathi, Drashti Dhami and other TV actresses who slayed in their wedding attire.

Although, our favourite TV actresses have donned the bridal look umpteen times on screen, but there beauty is something else when they walk the aisle in real life. Just like their on-screen bridal avatar, their real life wedding ensemble made headlines as well. So for all the Telly fans who crave to get a glimpse of their favourite TV actresses in their real life bridal look, here’s a sneak peak.

Ishita Bhalla of Yeh Hai Mohabattein, tied the knot with her co-star Vivek Dahiya in a big fat Indian wedding in 2016. The beautiful bride wore traditional red lehenga on her D-Day. 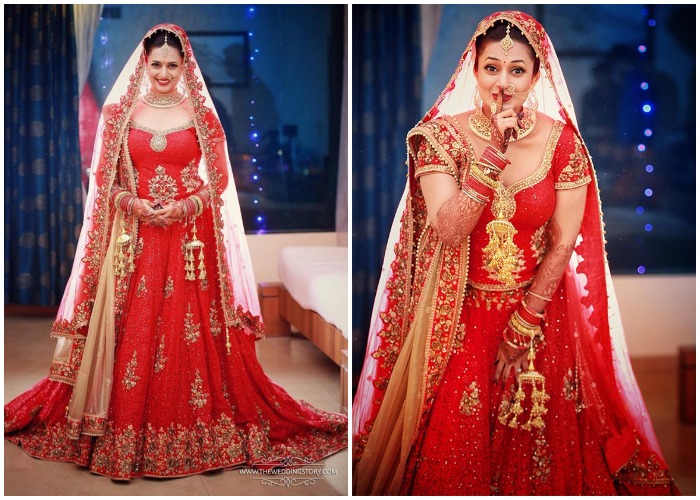 Madhubala aka Drashti Dhami tied the knot to her boyfriend Neeraj Khemka in a dreamy Indian wedding in 2015. She wore a classic lehenga in a shade of wine. She adorned beautiful polka and pearl jewellery which accentuated her look. 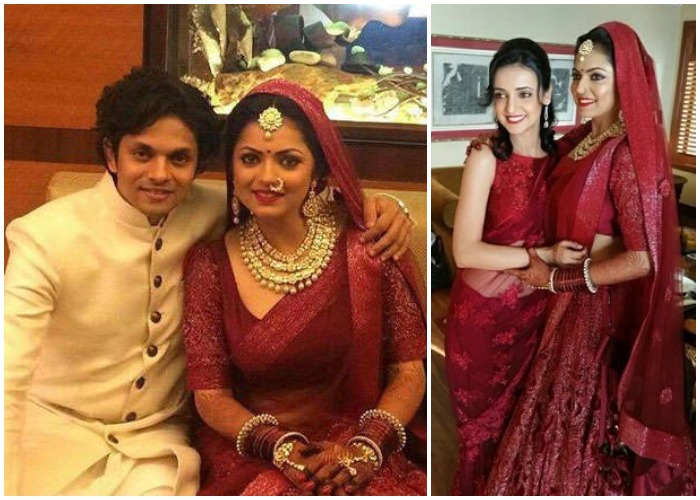 We better know her as Mrs Karan Patel. She is the daughter of Karan’s on-screen father-in-law in Yeh Hai Mohabbatein. She wore a white and gold lehenga with a red border for wedding day. 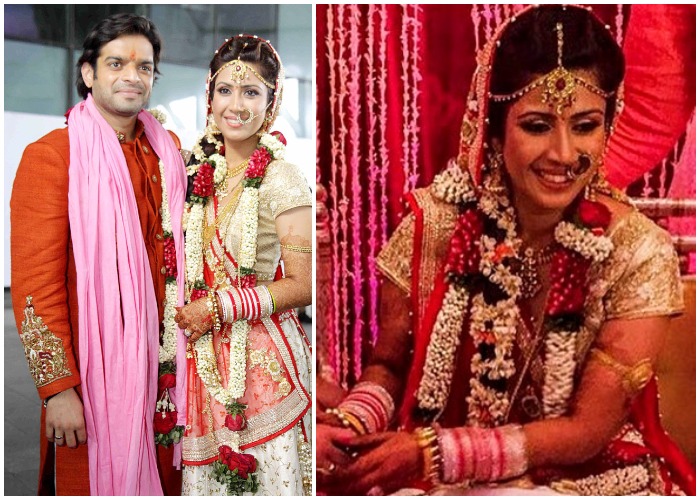 Anita’s wedding saw an amalgamation of two cultures. She is a Punjabi while her husband is from Andhra Pradesh. She wore a traditional South Indian Kanjeevaram silk saree with gajra. 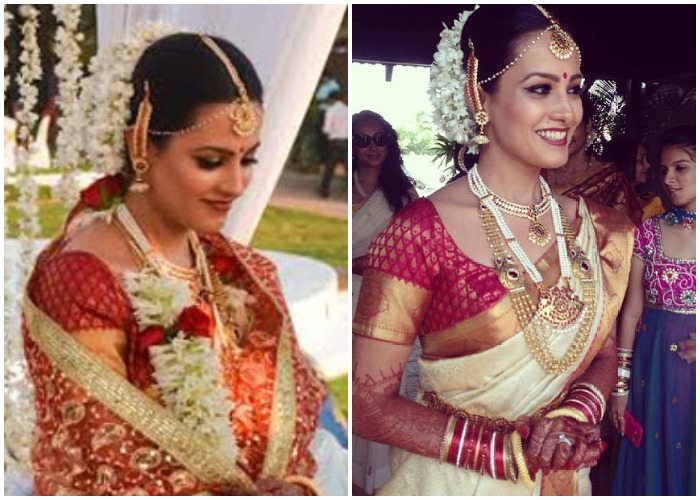 Kahin Toh Hoga actress Aamna Sharif tied the knot with film-distributor-turned-producer boyfriend Amit Kapoor in 2013. She wore a heavy embroidered red lehenga with golden thread work on it. She wore Polki and Kundan jewellery with her wedding attire. 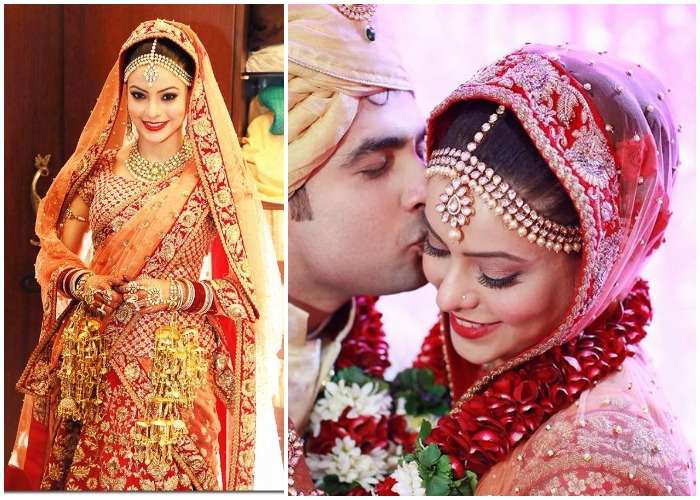 This is how our favourite television divas looked in their wedding outfits in real life. Do tell us which one of these is your favourite bridal look in the comment section.