After having a remarkably successful 2018, Bollywood actress Radhika Apte is on Harper's Bazaar India magazine's cover this January. While the 33-year-old Radhika is committed to her craft and is rewriting the rules of what it means to be a Bollywood star, the actress is undoubtedly omnipresent. Last year is the evidence of the statement we just made because 2018 established this fact with a worthy testimony of six releases in fewer than 12 months, 8 Magazine covers and 3 web series in a year, Radhika seen ruling every medium possible being omnipresent on each of them.

The publication Harper's Bazaar India celebrates the best in luxury, design and style. While it's a fashion magazine as well and the emphasis is on fashion, everyone knows the fashion game of Radhika Apte which is always taken a notch higher every time by the Adhadhun actress herself.

On Cover, Radhika sports monochrome separates comprising a shirt, pants, and corset from Dior. Earrings and ring from The Krishniah Chetty Group of Jewellers along with a wristwatch from the brand that she endorses, Daniel Wellington up the look. Shimmery eyelids, pink lips, and slick pulled back hair round up her stunning look. 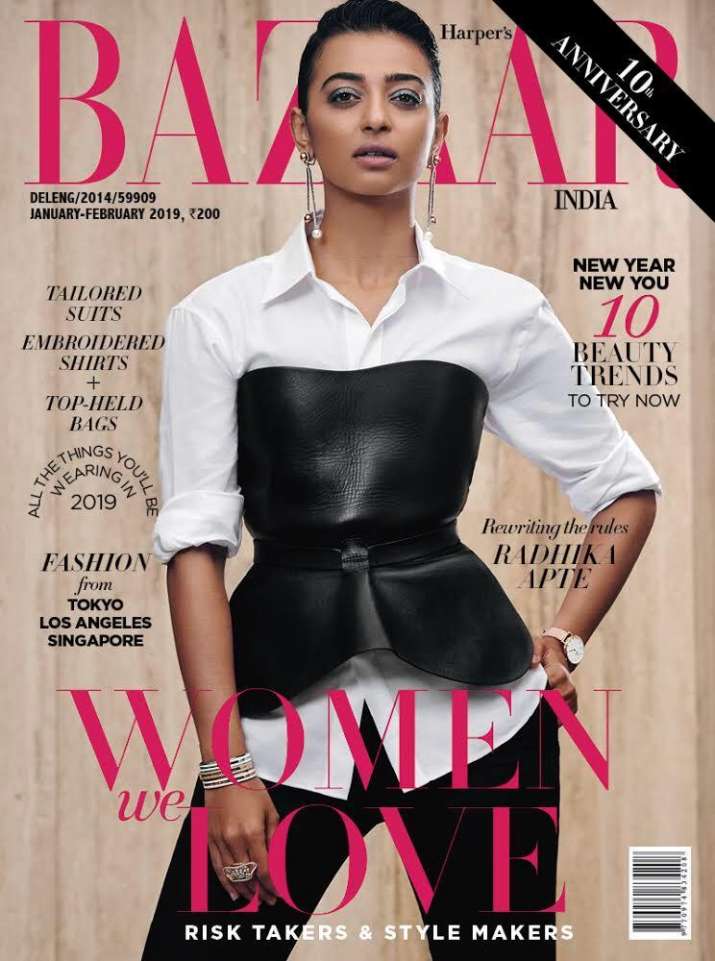 Radhika Apte was also honoured with the title as the "Woman of the Year" by the multiple magazines and was awarded for as the same. Harper's Bazaar magazine has also released the inside pictures of Radhika Apte, where the Padman film actress has nailed all the looks. 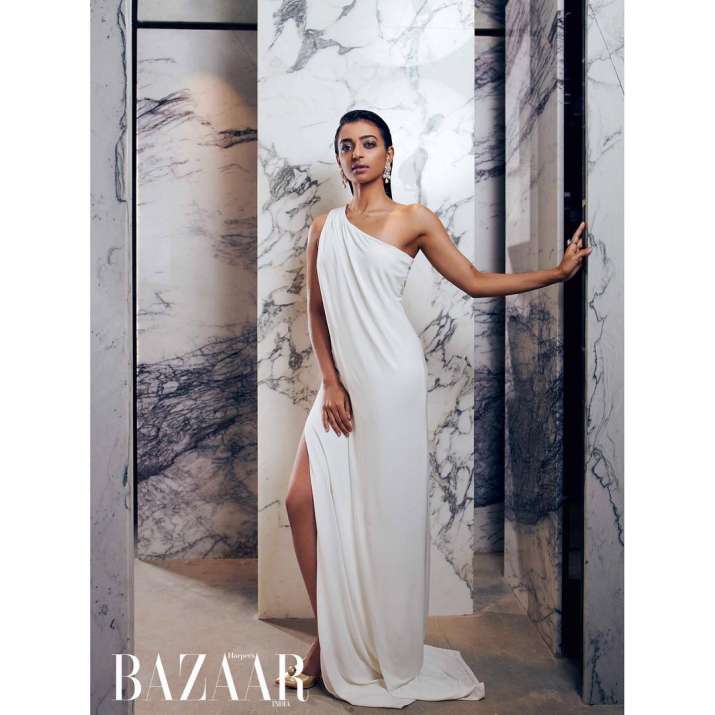 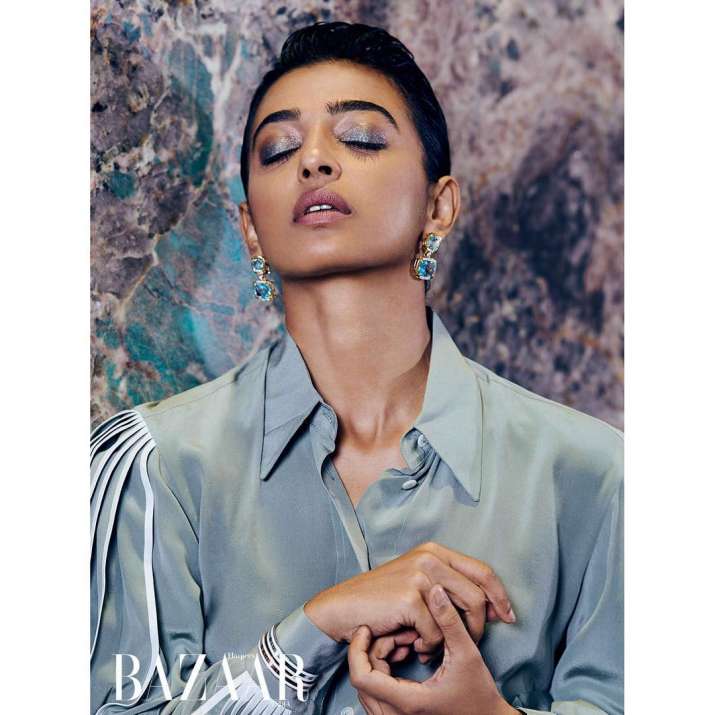 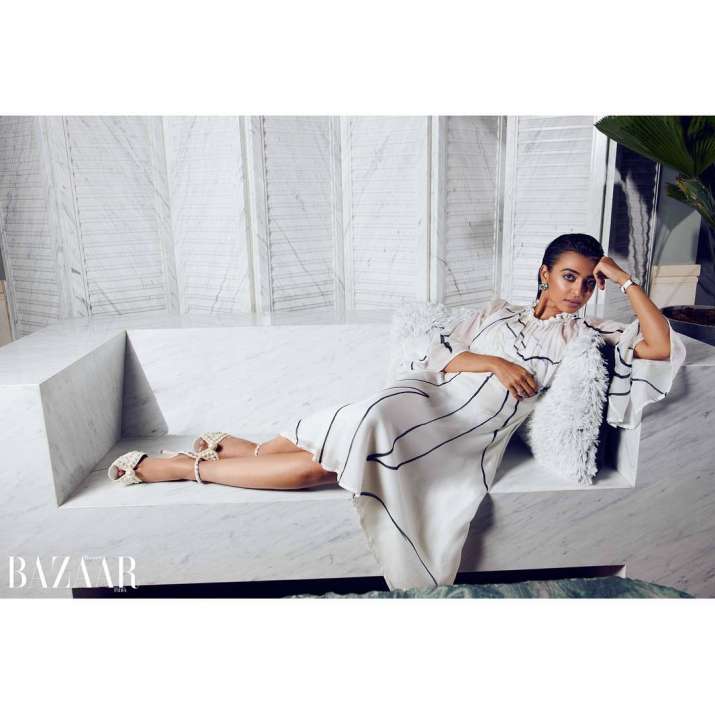 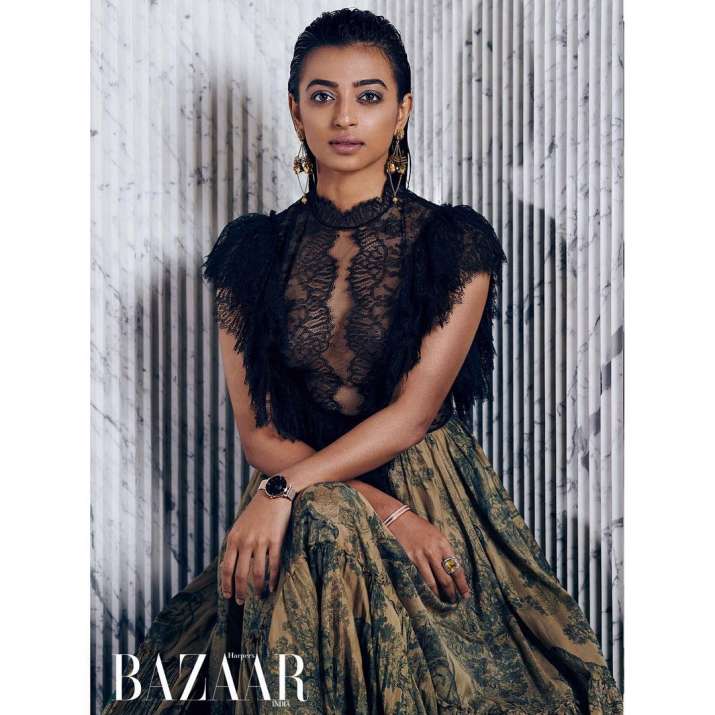 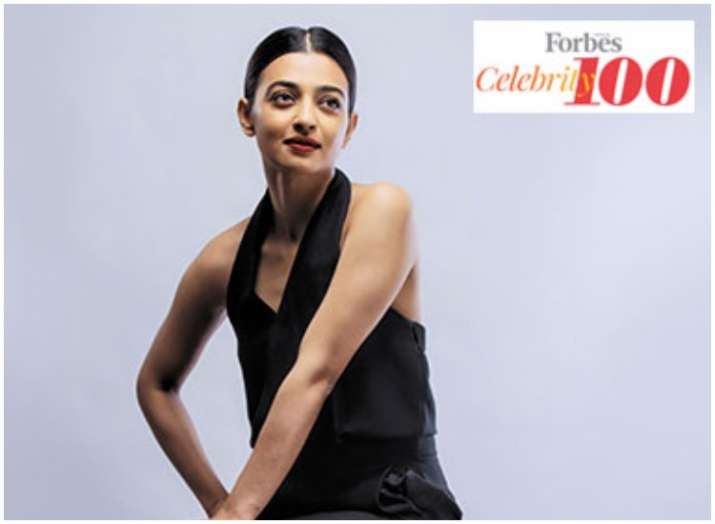 Speaking of Radhika's movies -two out of other 2018 films of the actress -Andhadhun and Padman is on the top rated Bollywood movies this year. Andhadhun also made it to the 2nd position on the all-time best movies 250 of Bollywood after Anand.