After Jab Tak Hai Jaan, Shah Rukh Khan, Katrina Kaif and Anushka Sharma are collaborating for yet another time in Aanand L Rai directorial project Zero. The film portrays SRK as a vertically challenged person, whereas, Anushka essays the role of a scientist with cerebral palsy. With amazing star cast, the makers of the film are trying their best to create buzz about their film Zero by releasing back to back to teasers, songs and promos of the film.

While technical methods are always helpful, this time, the film is already buzzing because of the two leading ladies. As Anushka and Katrina, both flung their fashion statement at the audience, the leading ladies certainly look stunning in all their promotional looks. If one chooses trending pants, the other instantly flaunts with a beautiful dress. So, starting with the trailer launch to promoting their film in the capital city, Anushka and Katrina are nailing at the fashion game with their elegant sartorial choices.

At the trailer launch of the much-awaited Shahrukh Khan's movie -Zero where the actor plays a dwarf, Anushka Sharma and Katrina Kaif donned shimmery looks. While Anushka opts for a bright hue of pink, Katrina played subtly with silver.

In the course of the promotion for upcoming Hindi film Zero, actresses Anushka Sharma and Katrina Kaif can be seen in the best of their outfits giving fashion goals to everyone.

While Anushka opts for a maxi dress, Katrina looks gorgeous in a floral dress keeping her make-up minimal.

Style icon Kat's floral dress in hues of blue had bohemian touches. With shades of blue, purple, and green, this flared ensemble of Tiger Zinda Hai actress seemed like a perfect therapy wear. It was the kind of attire that we would have loved to wear for beachy vacay. The full-sleeved dress featured puffed ends and the actress completed her look with a statement ring. 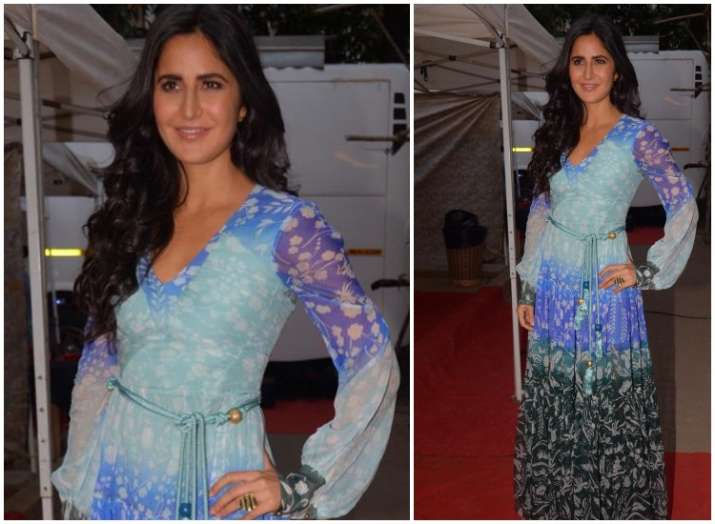 As Anushka and Katrina are B-town new besties, the actresses are promoting their forthcoming film Zero together with their outfit game on the top. Undoubtedly, both the actresses look no less than fairy tale beauty while promoting the film, look here: 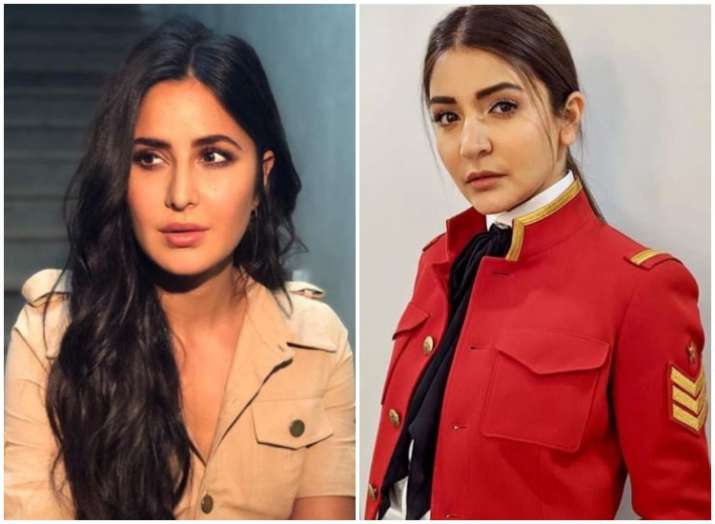 Anushka Sharma went experimental with one of her looks while promoting Zero. Inspired by historical outfits, Anushka wore a pair of teak coloured corduroy pants, a high collared button-up, white shirt and a candy red jacket with a black tie to complete her look.

On the other hand, Katrina was seen in a beige jumpsuit which she matched with black stilettos. Her locks were let loose, completing her look with nude makeup. 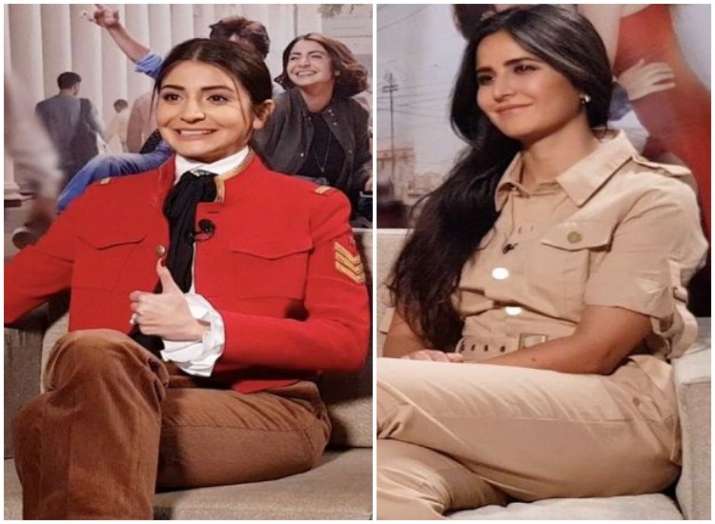 During Zero's promotion in the capital city, Delhi witnessed both the Sharma and Kaif in their best of avatars keeping their style chic and comfy at the same time. Anushka and Katrina both opt for long dresses with stunning pumps and statement jewellery. While Anushka wore polka dots, Kat picked up a wrap dress.

So, with all these stunning fashion looks of both the actresses during film's promotion, we hope to see much more in the film itself. To tell all our readers, Zero is slated to release on December 21.