Janmashtami 2021: Counted amongst one of the most popular festivals of the Hindus, the birth of Lord Krishna will be celebrated on August 30 (Monday) this year. In order to make this occasion even more special, we are here with some unknown facts about the eighth incarnation of Lord Vishnu and his special day.

Janmashtami or the birthday of Lord Krishna is a festival which is celebrated all across the country with great popm and show. Born around 5200 years ago in Mathura, Lord Krishna is condsidered the eight incarnation of Lord Vishnu. The day is celebrated to remember his sayings through bhajans and songs that are played at houses and temples. This year the festival will be celebrated on August 30 (Monday). His birth was the most powerful and purposeful one. He was born to free the Earth from evilness. Not only this but he played an important role in Mahabharata and propagated the theory of bhakti and good karma. In case you are one of those who will be celebrating Janmashtami this year, here are 10 facts that you should probably know.

1) The festival of Janmashtami also referred to as Krishna Janmashtami, Saatam Aatham, Gokulashtami, Ashtami Rohini or  Srikrishna Jayanti marks the birthday of Lord Krishna, one of the most powerful human incarnations of Lord Vishnu.

2) As per Hindu mythology, Lord Krishna was born inside Mathura jail on a dark, windy and rainy night. The doors of the jail opened on their own, and his father Vasudev, who was imprisoned by Krishna's uncle (mama) Kansa, was released. 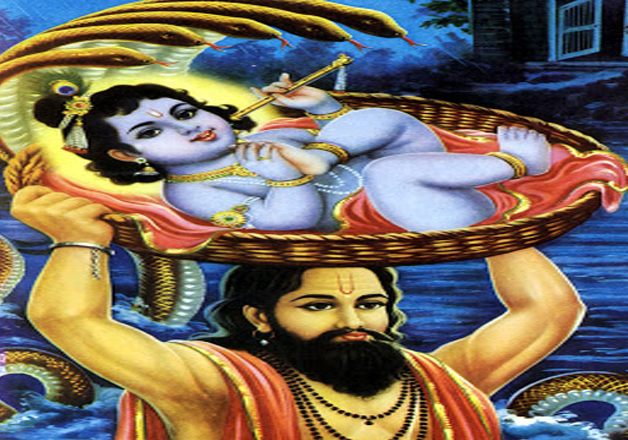 3)  On Janmashtami, a lot of devotees of Lord Krishna observe a fast for the whole day and night, worship him and listen to his tales, recite hymns from the Gita, sing devotional songs, and chant the mantras.

4) According to the Hindu calendar, this religious festival is observed on the eighth day after the full moon of Shravana. It is believed that Lord Krishna took birth at midnight on the ashtami or the 8th day of the Krishnapaksha in the Hindu month of Shravan (August-September).

5) All over India, this festival is celebrated with great pomp and show. Krishna's birthplace Mathura and Vrindavan observe this day with an unmatched zeal and grandeur. Raslilas or religious plays are performed to recreate incidents from the life of Krishna and to commemorate his love for Radha. 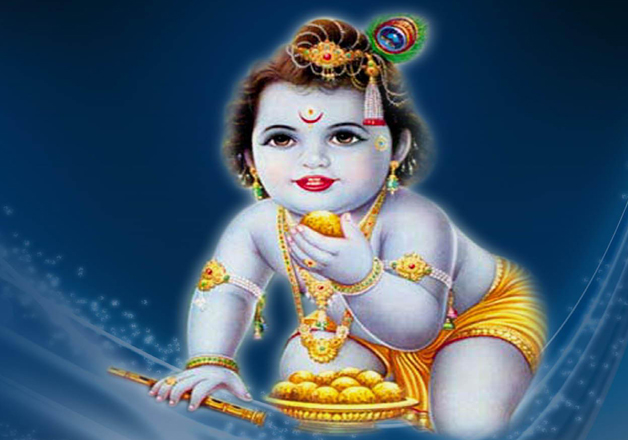 6) In Maharashtra, thousands of people come out on the streets on Janmashtami to enact  the "Dahi Handi " (stealing of  curd) episode from Krishna's childhood. Large earthen pots with butter are kept at great heights in the middle of the roads, and pyramids of volunteers try to break the pots to win prizes.

7) While the Raslila recreates the flirtatious aspects of Krishna's youthful days, the Dahi Handi celebrates God's playful and mischievous side.

8) Song and dance mark the celebration of this festive occasion. At midnight, the statue of infant Krishna is bathed and placed in a cradle, which is rocked, amidst the blowing of conch shells and the ringing of bells. 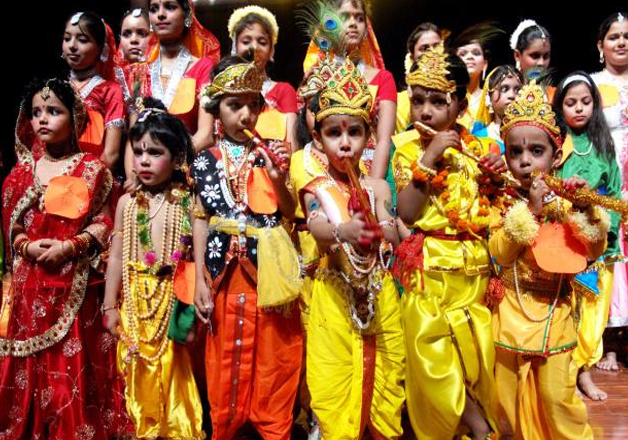 9) The town of Dwarka in Gujarat, Krishna's own land, comes alive with major celebrations as hordes of visitors flock to the town.

10) Janmashtami being one of the most popular festivals for the Hindu community, this auspicious day is not only celebrated in India but also observed worldwide across many countries with great enthusiasm.