Splitsvilla X3: After Samruddhi getting dumped in the last episode, and Jay-Aditi becoming an ideal match, Team 'Let’s Do It' is on shaking grounds. Now with Vyomesh's exit, their future remains uncertain in Sunny Leone and Rannvijay Singha's show.

This week on MTV Splitsvilla X3, expect a big bang as housemates grapple with disbelief, hearing the news of Vyomesh’s sudden exit from the show, citing health reasons. After Samruddhi getting dumped in the last episode, and Jay-Aditi becoming an ideal match, Team ‘Let’s Do It’ is on shaking grounds. And now with Vyomesh’s exit, their future remains uncertain. Amidst the emotional goodbyes and steady stream of tears from Arushi, a spat between Vyomesh and Nikhil escalates into a vicious physical fight! The rival gangs get at each other’s throats, making Vyomesh’s exit, a dramatic one!

Introduced by the dashing host Rannvijay, this week’s challenge gives the contestants a much-needed break with the ‘Hum App Ke Hain Kaun’ activity. The fascinating activity gives all the girls an imaginary phone, with empty space to be filled in with apps! Split into 3 rounds, the girls will have to give each other apps that they think accurately describe them. 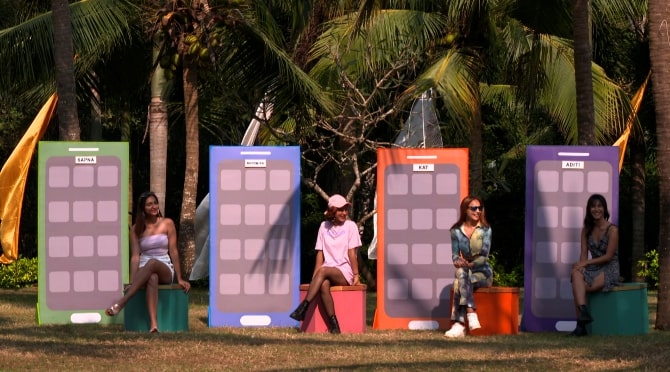 With provocative names like ‘Book a Stylist’, ‘Dumbometer’ and ‘Fakebook’, the episode guarantees to be an entertaining one! The boys receive 10 stars per round, to give their stamp of approval to the apps they feel are most accurate. Any app that gets 3 stars will be considered ‘validated’. This activity might trigger the Gangs of Splitsvilla, intensifying the catty drama between the offended girls! 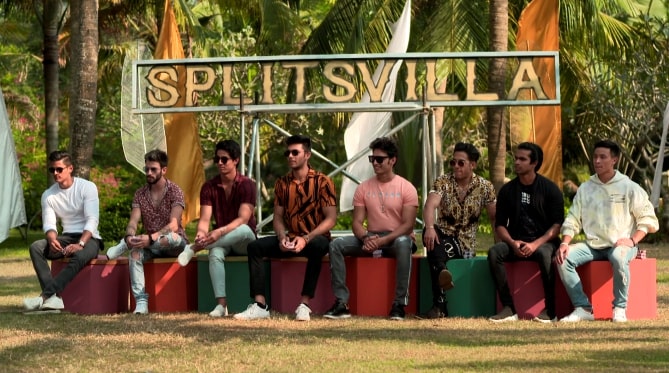 While the task is a riot to watch, it will leave you with ample questions. What will happen to Arushi now that her only connection has left the house? Will she follow the footsteps of Vyomesh and leave the show herself? The exciting activity will leave you hungry to know more about the result.

Does the person with most apps hold an advantage, or is it going to put their team in grave danger? Who do you think received the most apps? To find out all the answers to your burning questions, watch the upcoming episode of the show.