The winner's trophy of Splitsvilla 12 hosted by Sunny Leone, Rannvijay Singha was lifted by Shrey Mittal and Priyamvada Kant after tough fight from Ashish Bhatia and Miesha Iyer.

The winner of Splitsvilla 12 finally proved the saying ‘Love will find a way’ true when Sunny Leone and Rannvijay Singha's reality TV show’s favourite couple Shrey Mittal and Priyamvada Kant lifted the trophy of the winners. Post months of tumultuous tasks, fights, outbursts and an emotional roller coaster, Priyamvada and Shrey were adjudged as winners of MTV Splitsvilla X2. The couple claimed the trophy for the 12th season of the reality show defeating the finalists – Ashish Bhatia and Miesha Iyer in the grand finale.

Right from the start, Priyamvada and Shrey have been favourites. Their beautiful chemistry, consistent performances and bonding have caught the eye of the audience and the judges alike. Rannvijay Singha and Sunny Leone have often been found applauding their performance in the show and the zeal to outdo the rest.

With a unique theme, “Your Best Shot at Love”. MTV Splitsvilla X2 showcased it all about love at the ease of a swipe! The season saw people from all walks of life exploring love in its entirety. The hosts of the show – Rannvijay Singha and Sunny Leone made sure that nothing comes easy to the splitsvillians and tested them on various parameters through fascinating tasks. Like the previous seasons, this year also saw twisted equations and broken friendships ruling the villa over the last 5 months.

The finale task - The Splitsvilla X2 challenge, was indeed a grand finale task testing not only the physical ability of the couple but their mental abilities too.

Pyaar kiya, toh prove karne se darna kya! 😉 Will Shrey and Priyamvada nail the final lap? Tell us what you think in the comments below and don’t forget to watch #SplitsvillaX2 Grand Finale, tonight at 7 PM on @mtvindia and anytime on @voot. @rannvijaysingha @sunnyleone @axiom_ayurveda @manforceindia @denverformen @vegabeauty #YourBestShotAtLove

On winning the show, Priyamvada said, “I’m super ecstatic on winning the show! Even though I’ve been performing every task well since the beginning, winning was unexpected. Shrey and I had an unparalleled understanding, chemistry and love and that’s what made us win the show. All splitsvillans always supported us and I can’t tell you what a roller coaster ride this journey has been. I’m happy to discover a lot of things about myself in the show. And there’s no better feeling than walking away with the winning tittle.” 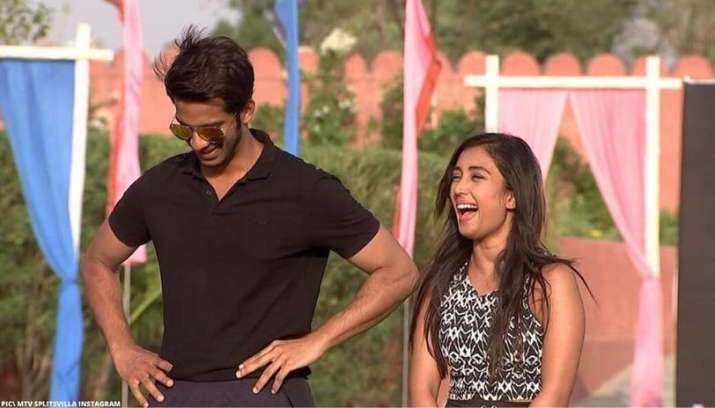 Rannvijay Singha and Sunny Leone ended this season by giving a group hug to all the contestants of this season. The finale episode of Splitsvilla X2 aired on 17th January,2020 at 7PM only on MTV.