Khatron Ke Khiladi 11 contestants Mahekk Chahal is known not just for her films but also known for her personal life which came into the limelight when she called off her engagement with her ex-fiance, Ashmit Patel. In August 2017 when Ashmit popped the question to Mahekk in Spain and she responded with 'yes.' However, last year they announced that they are no more together. In a recent interview, Mahekk opened up about why the split took place.

Rohit Shetty's much-awaited stunt-based reality show Khatron Ke Khiladi 11 is all set to return to your television screens once again. This is the reason why the participants including Rahul Vaidya, Divyanka Tripathi, Abhinav Shukla, and others will be flying to Cape Town in the first week of May. One amongst those is actress Mahekk Chahal who has already impressed fans with her appearance in the controversial reality show Bigg Boss 5 where she was announced as the runner-up. Not just her professional, but Mahekk is also known for her personal life which came into the limelight when she called off her engagement with her ex-fiance, Ashmit Patel. In a recent interview, Mahekk opened up about why the split took place.

For those unversed, Mahekk and Ashmit were close friends even before they started dating. They have known each other for 12 years and started living together when they felt something special. In August 2017 when Ashmit popped the question to Mahekk in Spain and she responded with 'yes.' There were reports of the two shifting their wedding dates further due to some differences. However, last year they announced that they are no more together. 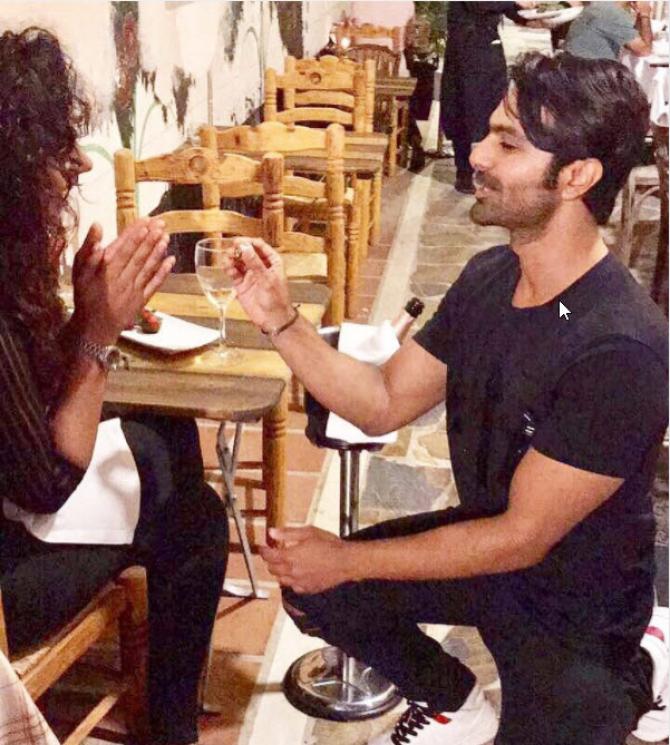 When asked if she blames Ashmit for the separation, Mahekk told ETimes, "Not at all. I chose to walk off. When you start living together and spending more time with a particular person, you get to know the real him/her. I don't think that Ashmit was the right person for me."

Breakup is a difficult phase in anyone's life. Talking about how she dealt with the pain, Mahekk told the portal, "My friends and family stood by me. I shared my issues with them. I was in Goa for a year. Owing to the lockdown, I would come down to Mumbai only if required. I spent a lot of time with nature in Goa; nature has a calming, soothing and healing influence on me. Time heals everything and this time was no exception. It was not easy as there was no work during COVID; so your mind tends to keep thinking the same thing. But I have finally healed myself."

Mahekk will next be seen fighting her real fears in the reality show along with others. Speaking about the show, she said that she wants to win the same and feels that it might change her career as well.

On the work front, Mahekk made her Bollywood debut with Nayee Padosan in 2003, co-starring Vikas Kalantri, Anuj Sawhney, and Aslam Khan in pivotal roles. She was even a part of Salman Khan and Ayesha Takia starrer Wanted, that released in 2009.