Indian Idol 11 will witness the entry of Kumar Sanu who will present a special gift to Neha Kakkar before her marriage with Aditya Narayan on February 14.

Neha Kakkar is one of those Bollywood celebrities who every now and then is in news for her personal life. She is currently seen judging the popular reality show Indian Idol 11. The most active personality on social media yet again grabbed eyeballs when the news of her marriage with the host of the show Aditya Narayan started doing rounds. It is being speculated that the 'Kaala Chashma' singer and the son of Udi Narayan will get hitched on the occasion of Valentine's Day ie February 14. And to add on to the excitement, even more, fans will witness the entry of Kumar Sanu in the upcoming episode of the show for a special task.

As per the latest reports in Spotboye, the popular singer will soon be gracing the show as a 'rishtedaar' and being from the side of the groom, he will hand over the red 'chunari' to Neha during which he along with Himesh Reshammiya will be seen singing 'Odh Li Chunaariya, Tere Naam Ki.' The episode will be an honour to popular 90s singer who will complete 30 years in the music industry. 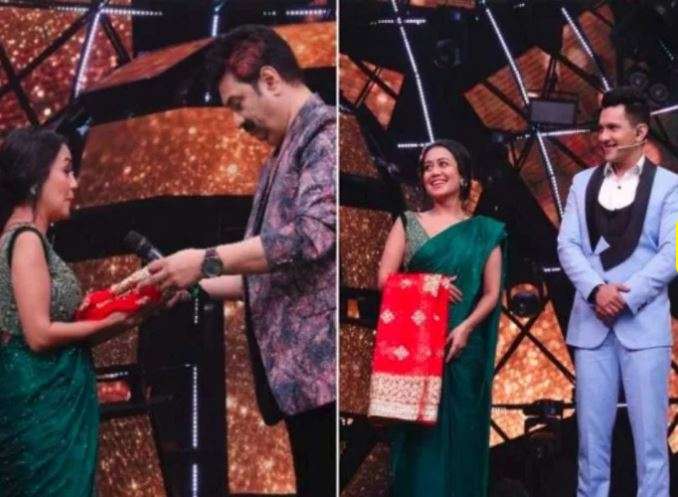 Not only this, it is even being said that Aditya will also have a mind-blowing bachelor's party on the sets of Indian Idol 11 which will be hosted by none other than Kartik Aaryan. The actor recently shot the fun episode with Sara Ali Khan as they came to promote their upcoming film Love Aaj Kal.

For the unversed, Aditya and Neha's marriage was announced by their parents on the sets of the show. Catch the fun moment here:

Later, they even shared a mushy picture and added fuel to the fire.

ALSO READ: Neha Kakkar hints at getting married to Aditya Narayan. Here's what their combined net worth will be