Check out these best memories of Hina Khan from Salman Khan's Bigg Boss 11 as she rings into her 32nd birthday today.

Yeh Rishta Kya Kehlata Hai actress Hina Khan rose to fame as she begun playing the role of Akshara in the longest running TV show. The actress not just earned mass popularity with her stellar acting but also became a household name as the ‘perfect bahu’. When Hina Khan decided to leave the show, her fans were highly disappointed, but she managed to keep them entertainment with her adventurous and daredevil side in Khatron Ke Khiladi. Then, she moved to Bigg Boss and shattered her image of the ‘ideal bahu’ for good. The actress managed to bring out her real personality on the show and proudly pulled off glamourous modern day looks. Initially, it was difficult for her fans to accept the diva, but later Hina Khan ruled the show with her style statements.

While it was Bhabhiji Ghar Par Hain fame Shilpa Shinde lifted the winner’s trophy in Bigg Boss 11, Hina Khan left an impact on the fans with her power-packed personality and adorable moments. Check out these best memories of Hina Khan from the Salman Khan’s show as she rings into her 32nd birthday today.

While featuring in Yeh Rishta Kya Kehlata Hai, Hina Khan always kept her personal life a secret. Even though she was dating Rocky Jaiswal, she never brought it out in the open until Bigg Boss 11 happened. The actress proclaimed her love for Rocky on the show and he also proposed her when he made a surprise appearance on the show.

Rocky Jaiswal entered the Bigg Boss 11 house twice and the second time was a tough one for both of them. Hina cried like a baby when she had to say goodbye to Rocky and he also wished to stay back for a few more minutes. The couple shared some beautiful moments before they parted ways on the show.

Hina Khan is a complete diva and she proved it when she appeared on Bigg Boss 1. The actress had brought 250 pairs of night suits, one for each day and left everyone amazed by her fashion sense. Not just clothes, Hina managed to win hearts with a variety of style when it comes to her hair and makeup as well. 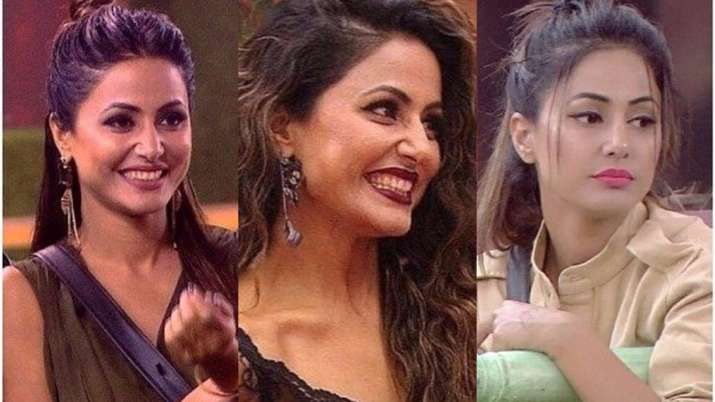 Hina and Khan and her best friend in the show Sapna Choudhary danced to the popular Haryanvi song ‘Teri Aakhya Da Jo Kajal’ and left everyone speechless. Their sassy moves forced everyone to dance along. 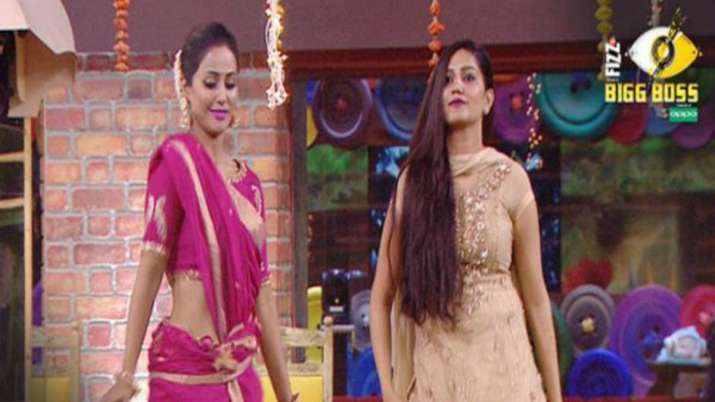 On the professional front, Hina Khan walked the red carpet of the Cannes Film Festival 2019 and launched the first poster of her upcoming Bollywood film Lines. While she hasn’t revealed much about her next projects, it is said that she is doing two Bollywood movies and a few international projects.