In yesterday’s episode, fans witnessed another repartee between Mahira and Paras (Pahira as fans like to call them) when the former called her brother ‘nalla pao.’

Bigg Boss 13 is making a lot of noise among the viewers as well as on social media these days. From Shehnaaz’s possessiveness for TV actor Sidharth Shukla to Paras and Mahira’s cute banter, the reality show is topping the TRP charts every week. In yesterday’s episode, fans witnessed another repartee between Mahira and Paras (Pahira as fans like to call them) when the former called her brother ‘nalla pao.’

What happened was, Paras was forcefully kissing Mahira on the cheeks when she told him that she doesn’t like it. Teasing Mahira further, Paras and Sidharth point out to her family’s picture and say, ‘look at his brother…nalla pao’. This didn’t go well with the Naagin 3 actress who lashed out on Paras. When the channel tweeted about the same on their official Twitter page, they called Mahira Sharma s ‘Mahira Chhabra.’ Their tweet read, “Kya #ParasChhabra ne #MahiraChhabra ke bhai ko Nalla Paav keh kar galti kar di?”

Soon after they made this blunder, fans trolled them for getting Paras and Mahira married. While some questioned the channel’s carelessness, other made fun of the relationship they share in the show. One Twitter user sarcastically wrote, “Wait i didn’t know they got married? And She changed her name to MahiraChabbra omg.” Another said, “Mahira Chabra.. O God.. Yh din dekhna reh gia tha” Check out the tweets below- 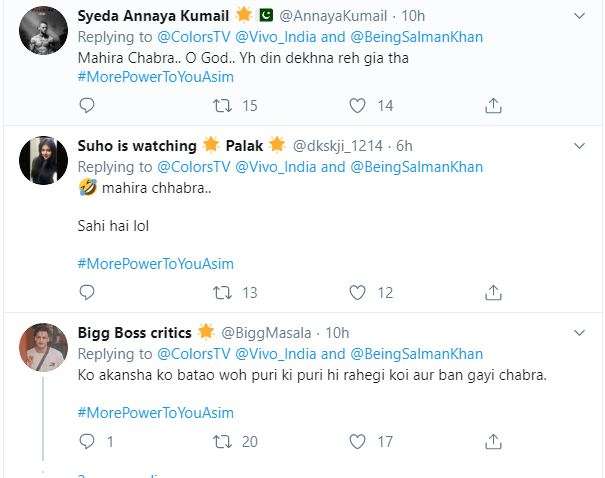 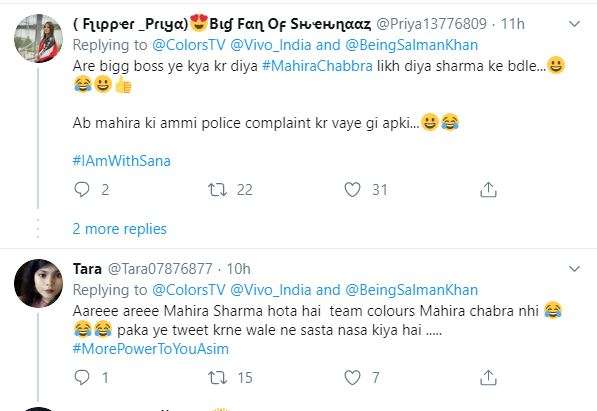 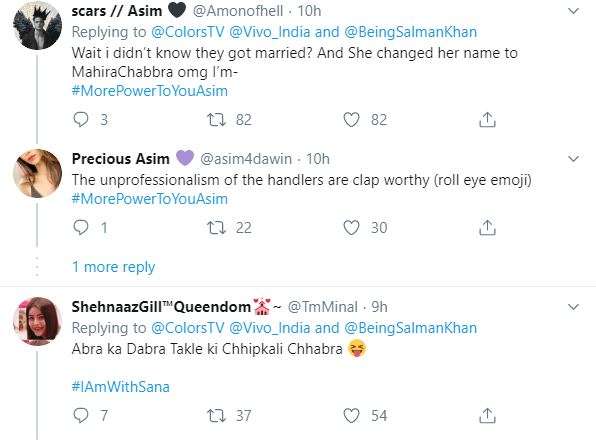 Bigg Boss 13 is one of the most successful seasons of the reality show on TV. From ugly wars to fresh love stories, the season is managing to bring out all the masala for the entertainment of the viewers. In today’s episode, viewers will see Shehnaaz and Asim fighting for the membership of Bigg Boss Elite Club. Whoever will win the membership will have one week immunity that they will be able to use anytime in the show.