Before India decides which Bigg Boss 13 housemate will finally lift the trophy on February 15, India TV Chairman and Editor-in-Chief Rajat Sharma will grill the finalists, and ask them questions the entire country wants to.

The 13th season of the biggest reality show of Indian television Bigg Boss is nearing a close, and not only the housemates, but also the entire country is waiting with bated breath for the winner of the most successful season of the show. Before India decides which housemate will finally lift the trophy on February 15 -- the finale of the season, India TV Chairman and Editor-in-Chief Rajat Sharma will test the finalists, and ask them questions the entire country wants to.

The grilling session will be aired on Tuesday -- February 11, 2020 -- at 10 pm. The finalists -- Sidharth Shukla, Shehnaaz Kaur Gill, Rashami Desai, Asim Riaz, Arti Singh, Mahira Sharma, and Paras Chabbra -- will be interrogated in a special session of Aap Ki Adalat.

"Rules are being broken inside. The housemates are constantly bickering and fighting. And this is dividing people outside -- across the nation and on the social media. I thought it was time I should go inside and ask the housemates why they succumb to pressure and poking and do uncivil things," Rajat Sharma said, when asked about his decision to visit the Bigg Boss house. 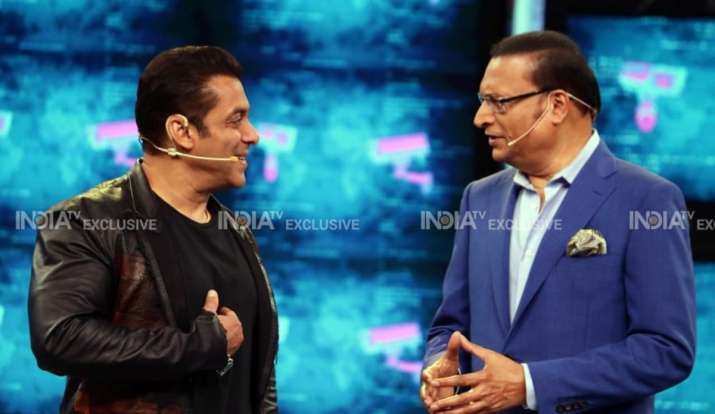 Check out all photos here

Rajat Sharma will also chat with the host of the show, superstar Salman Khan. The fun conversation between the two will be telecast on Monday- February 10, 2020, at 10: 30 pm. Salman Khan is no stranger to controversies. In fact, his inputs sometimes create confusion among the housemates so I thought I should not spare him too. I will put him on the hot seat first and then move on to the contestants," Rajat Sharma added.

The housemates this season have gained immense popularity owing to their constant fights, budding romances, changing dynamics and forgotten relationships.

Bigg Boss 13 has emerged to be the most interesting season of the show, and has been raking in high TRPs for its channel, Colors TV. This is the tenth season that Salman Khan has hosted.

Watch out for the promos of Bigg Boss 13 with Rajat Sharma.