Bigg Boss 13 makers have finally released the new promo of Salman Khan's show featuring Ameesha Patel who will act as a 'humraaz' or reveal the 'raaz' of contestants.

The new promo for the much-awaited reality show Bigg Boss 13 has been released by the makers and this time it fetaures not Salman Khan but actress Ameesha Patel. The Race actress is seen in a glam up avatar and reveals she is here in the season to reveal some juicy secrets of the contestants. Ameesha is a sure shot trick to add glamour and tadka in the show. She, in the promo, is seen wearing a shimmery dress with a whip in her hands that adds a lot of fun to it.

The actress in an interview with Pinkvilla revealed, "Yes, you will get to see a lot of me in the show. How and what, you need to wait for that.”

The pre-launch event of the show took place a few days back which also saw the attendance of the actress along with Dabangg 3 actor. Have a look: 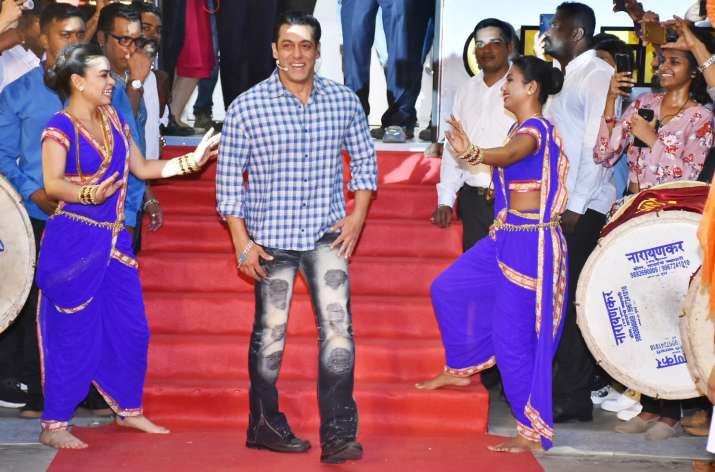 Talking about the new season, the show is taking place in Mumbai Film City this time unlike Lonavla. Tjhe pictures of the house are out and it looks no less than a museum. The makers have planned the entry of only celebrities and no commoners this time. Celebrities like Siddharth Shukla, Rashmi Desai, Devoleena Bhaatacharjee, Ridhi Dogra, Koena Mitra, Mugdha Godse, Anveshi Jain, Mahira Sharma have been confirmed till now but there is no official information about the same. Only the makers have released promos featuring Siddharth and Devoleena which confirm them as participants.