Yeh Rishta Kya Kehlata Hai Latest News: Shivangi Joshi and Mohsin Khan, who play the role of Naira and Kartik in the popular show Yeh Rishta Kya Kehlata Hai, are on cloud nine as their couple has completed 900 episodes in the show. There is no denying that Shivangi and Mohsin are the most loved Jodi of Indian Television. Their chemistry onscreen as well as offscreen sparks magic every time they appear together. While it has been more than a decade that the show is running on TV, but fans are still not over the lovely bond that the stars share in the show.

Shivangi Joshi and Mohsin Khan joined the star cast of Yeh Rishta Kya Kehlata Hai in 2016 and in a short span of time, they have become a household name. As their character Kartik and Naira clocked 900 episodes in the show, Shivangi Joshi and Mohsin Khan took to their social media to share their memorable moments from the popular daily soap and also thanked the fans for all the love they have been bestowing on them from the start. Mohsin Khan shared a timeline of pictures of his Instagram story of Kaira and wrote, "My mother tells me to leave it all on lord and see D magic happen. 900 Epsiodes!!! Its a blessed time and im thankful to each and everyone."  On the other hand, Shivangi aka Naira shared a picture with her leading co-star Mohsin Khan. Check out the posts here- 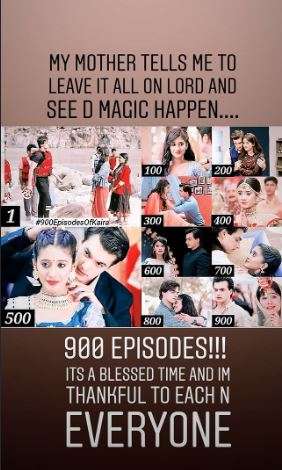 Yeh Rishta Kya Kehlata Hai has been achieving great milestones regularly. Even though the show is decade old, it still manages to top the TRP charts every other week. Currently, the show is running the track in which Naira lives away from Kartik in Goa with their son. The show recently took a five-year leap and TV actress Pankhuri Awasthy joined the star cast opposite Mohsin Khan. Fans have been waiting for Kartik and Naira to reunite in the show and many fans have even trolled Pankhuri aka Vedika for coming in between their loved couple. 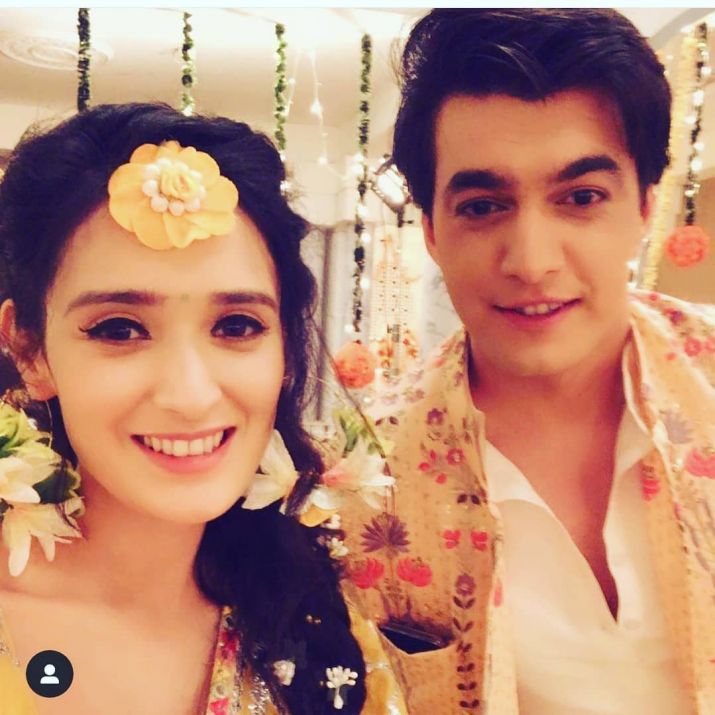 Reacting to the trolls, Pankhuri Awasthy told IWM BUZZ, "While I get the fans’ hurt feeling, as they’ve been used to seeing Kartik and Naira together, these kind of comments are akin to cyber-bullying. You are not only talking bad about my personal life but are even harassing my co-actors when they have come forward to defend me. This leaves a very bad taste in the mouth for everybody concerned.”