Krushna had earlier been a fierce competitor to Kapil, but teamed up with him after Grover's departure from the show.

Fans of The Kapil Sharma Show terribly missed watching Sunil Grover’s histrionics as Gutthi, Rinku Bhabhi and Dr Mashoor Gulati after his infamous fight with Kapil. The controversy also affected the TRPs and popularity of the show. But the show has upped its humour game ever since its return with the newest season. And much of the credit goes to Krushna Abhishek -- who has charmed the audience with his 'Sapna' avatar.

Krushna says he has been getting compliments for his good work, adding Grover's characters are not missed anymore. 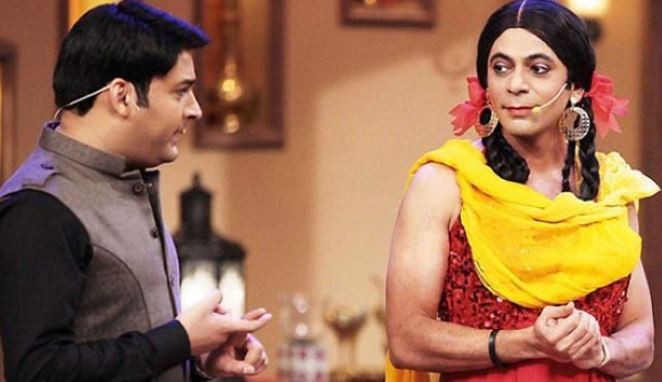 “You won't believe it but no one has compared Sapna to Guthi till date. In fact, people tell me that jabse tum aaye ho hum Sunil ko bhul chuke hai. I have received this compliment several times. Sunil is a very good actor. I grade him as a very good actor. He has his own style. I have my own style," Krushna Abhishek was quoted as saying by Zoom TV.

Krushna had earlier been a fierce competitor to Kapil, but teamed up with him after Grover's departure from the show. To this end, he had said, "I have worked with Kapil earlier also, and I know his good and bad points very well. Everything he does is always blown out of proportion."

Kapil Sharma, when asked about the fight, had said Grover was a fantastic actor and he would want to work with him in future.