Fans were super excited to see Salman Khan and Katrina Kaif set the stage on fire on The Kapil Sharma Show.

Sunil Grover and Kapil Sharma have been making headlines yet again after their most popular fight in mid-air. It was speculated that the comedian turned actor will accompany superstars Salman Khan and Katrina Kaif at The Kapil Sharma Show to promote their upcoming film, Bharat. Going by their social media persona, the comedians seem to have buried the hatchet and become good friends again. But looks like that is not the case in reality. While Salman and Katrina promoted Bharat on the comedy show, Sunil Grover was not present. When Sunil was asked about his absence on the show, the actor simply states, ‘mera mann nahi kiya’.

Fans were super excited to see Salman Khan and Katrina Kaif set the stage on fire on The Kapil Sharma Show. However, fans missed their Dr. Mashoor Gulati aka Sunil Grover. Revealing the reasons as to why Sunil did not make an appearance on Kapil's show, the actor told Bollywood Hungama, "Mera jaana kuch aisa zaruri bhi nai tha. Jis film mein Salman Khan hai, Katrina Kaif hai toh mujhe nahi lagta ki aapko promotion ke liye aur kisi element ki zarurat hai. Aur mera mann nahi kiya jaaneka toh mai nahi gaya (It was not necessary for me to go there because if you have Salman Khan and Katrina Kaif promoting a film, you don’t need any other element. Also, I did not feel like going there so I did not go.)" 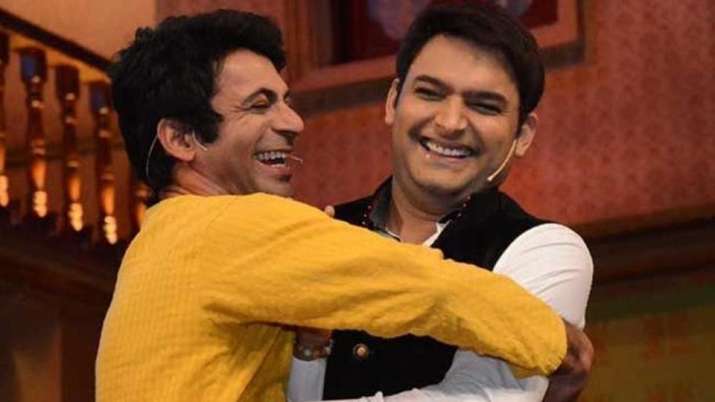 Sunil was further asked if he would ever work with the Firangi actor Kapil Sharma, to which he was quoted as saying, "Mujhe lagta hai ki kayi baar destiny hoti hai ki, aapka saath kisi project mein kisi point tak hota hai. Ishwar ne chaha to jarur kabhi na kabhi kaam karenge. Bhagya hoti hai … destiny hoti hai…kuch cheezen ho gayi, khoobsurat cheezen hai..mujhe itna recognition mila, itna pyaar mila, itna time bitaya. Woh bahut bahut khoobsurat memories hai jo mere saath rahenge hamesha (Lot of time destiny plays a part in deciding how much would your presence be in a certain project. It is all related to destiny. A lot of things happened, a lot of beautiful things happened too. I got a lot of love and recognition working with him and I would always remember that. If it is written in my destiny, I would work with him again.)"

For the unversed, Kapil Sharma and Sunil Grover used to work together on The Kapil Sharma Show. However, when Kapil blasted on Sunil in a flight after getting drunk, the two parted ways. Recently, Kapil went on record to say that he liked Sunil very much and there is just misunderstanding between them. On the other hand, Sunil Grover will be seen in Salman Khan’s Bharat. The film is based on the South Korean drama titled Ode To My Father. The film will also feature Tabu, Disha Patani and Jackie Shroff in important roles. Bharat is slated for a June 5 release.