KumKum Bhagya is soon going to witness a whole lot of drama after the entry of THIS Yeh Hai Mohabbatein actor. Have a look at how Abhi and Pragya's life will get affected by his entry.

Counted amongst one of the top shows of the Indian television, KumKum Bhagya never disappoints fans in terms of twists and turns. The major one happened when the makers announced the generation leap of about 20 years later which the shows' focus drifted on Abhi (Shabbir Ahluwalia) and Pragya’s (Sriti Jha) daughters. The roles of Prachi and Rhea are played by Mugdha Chapekar and Naina Singh respectively. Well, now it seems as if the show is all set to witness another high-voltage twist with the entry of a Yeh Hai Mohabbatein actor.

The show is very soon going to drift its focus on Disha (played by Ruchi Savarn). A new character is soon going to join the show who will be seen playing the role of Disha’s love interest. As per the recent reports by Bollywoodlife, the actor will join the cast is none other than Ribbhu Mehra. As per a closed source, "Ribbhu has signed the show on Tuesday. He will start the shooting for the show either on Friday or Saturday."

ALSO READ: Bigg Boss Telugu 3: Check how you can vote online for your favourite contestant 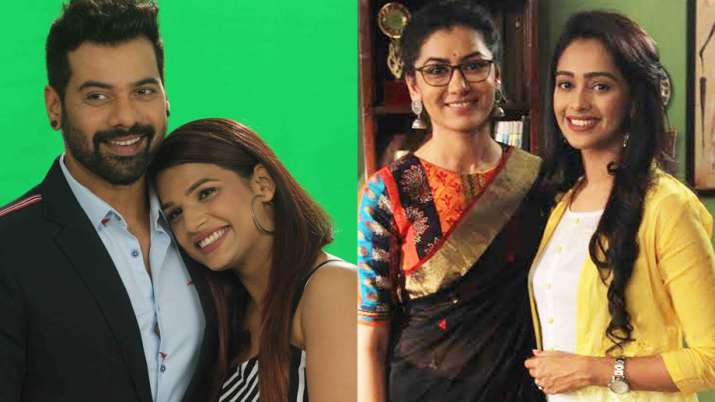 Talking about the actor, his role in the show will be a positive one who will add sub-plots to the narrative. He has previously worked with Balaji Telefilms as he was associated with Ekta Kapoor's Yeh Hai Mohabbatein where he played the role of the antagonist Nikhil. However, neither the makers nor the actor has responded on the same update.

Meanwhile, have a look at some of the pictures of the dashing hunk here:

ALSO READ: R. Madhavan did THIS after he got marriage proposal from his 18-year-old fan

Talking about Yeh Hai Mohabbatein, the show surprised fans when the announcement of Karan Patel aka Raman Bhalla’s exit was made. He will be replaced by actor Chaitanya Choudhry who was last seen in ALTBalaji's Dil Hi Toh Hai. The new Raman spoke about his association with the show in an interview to iwmbuzz.com and said, "It was a big decision to get into Yeh Hai Mohabbatein. I started my career with Balaji Telefilms. Recently I did Dil Hi Toh Hai with them. So when they called me for this, they shared with me the idea on how they want to take this role forward. I got on board and yes, I will be starting shoot soon."

Karan, on the other hand, will be joining the popular reality show Khatron Ke Khiladi 10 hosted by Rohit Shetty. Apart from him a lot of other celebrities have been approached. The shooting of the show will begin in the first week of August in Bulgaria but the show will go on-AIR after Bigg Boss 13.