Besides Kapil and Ginni, we can spot Krushna Abhishek with wife Kashmera Shah, Kiku Sharda, Rochella Rao and her husband Keith Sequiera. Sumana Sarkar was also spotted at the function. However, the center of attraction remained Kapil and Ginni. The pregnancy glow on Ginni's face grabbed eyeballs.

Vankush turned out to be a perfect host as TKSS team was seen enjoying the small get-together to the fullest. Vankush and his wife Riddhi also cut a beautiful two-tiered cake. Check out the photos from the baby-shower ceremony below. 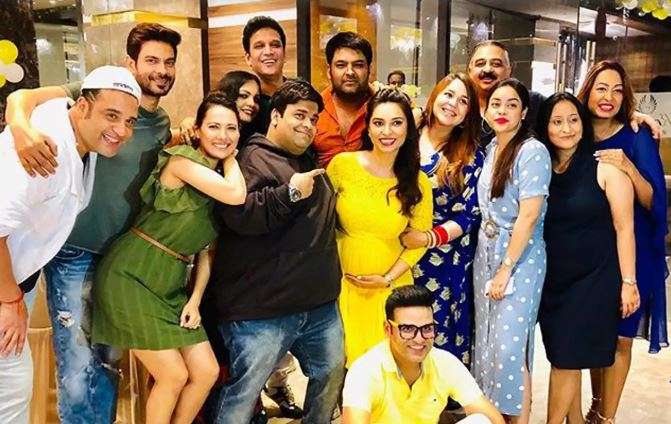 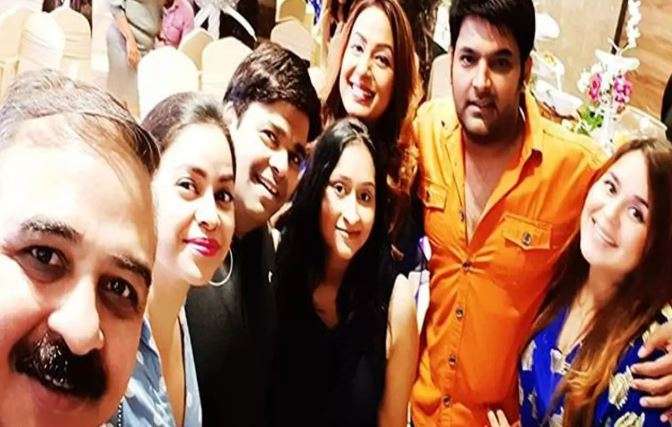 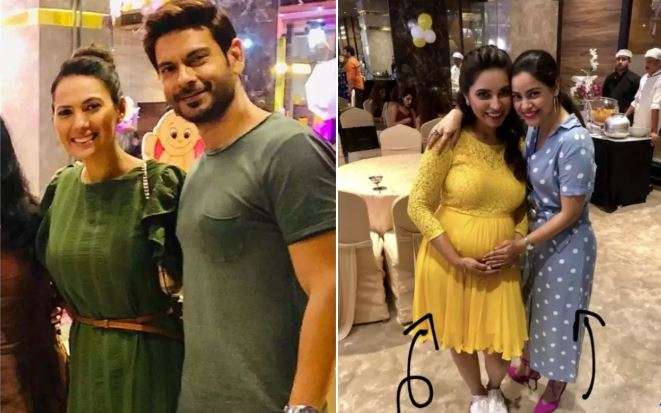 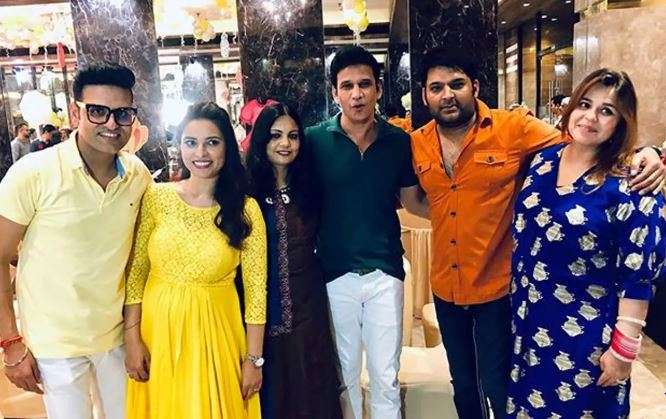 On a related note, Kapil Sharma, Kiku Sharda and Archana Puran Singh have recently dubbed for Hindi version of Angry Birds Movie 2. While you will get to see Kapil as Red, Kiku Sharda has dubbed for Leonard and Archana for Zeta. The film will release in India on August 23 in English, Hindi, Tamil and Telugu.