Mansi Srivastava who was last seen in Ishqbaaaz is these days working is Divya Drishti.

Actors turning into animals on the small screen is a common sight on Television these days. Be it a fly, snake, mongoose or some other animal, the script of shows have demanded the role and the actors have played it well on the screen. Well now, there has been an addition to the list as Ishqbaaaz actress Mansi Srivastava has turned into a lizard in her on-going show Divya Drishti. But as soon as the transformation took place, the actress was brutally trolled by people on social media.

Talking about the negative comments, the actress opened about the same in an interview she gave to SpotBoye and said the flak doesn’t affect her and she doesn’t take these things seriously. Mansi said, “When Dipika Kakar, aka Simar turned Makhi, she was trolled as well. It’s the maker’s call by the end of it and the actor has to do what he/she is asked to do as per script’s demand. If people are hating and trolling my character, it means that they are watching our show which is a good thing.”

She continued, “I need to give my 100% to the character I am playing, it’s my job. However, I would love if people refrain from posting hateful comments, because that’s not me in real life, it’s just a character. We all are trying to make a good show and I request my audience to watch the show and take it positively.”

She was further asked as to how she prepared for such a role to which she said, “A lizard is quick in hiding and in catching her prey, so, I am trying to play my character accordingly, keeping these characteristics in mind. Also, I have seen shows like Naagin, so I am trying to grasp how the actors move their eyes, their body language and dialogue delivery.”

Meanwhile, check out the promo of the show and the comments that flooded in regarding the same on the social media. 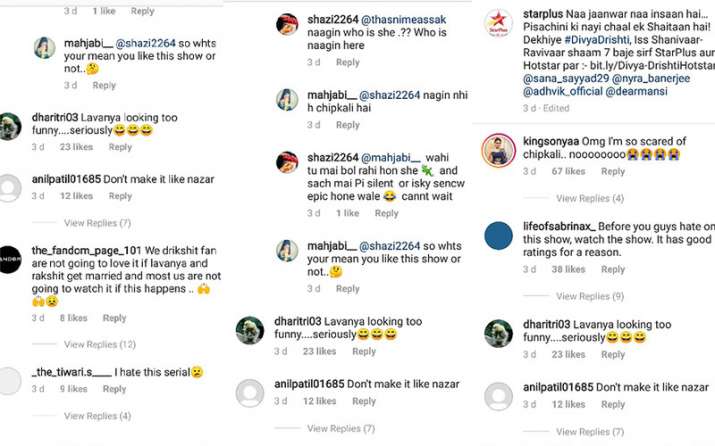 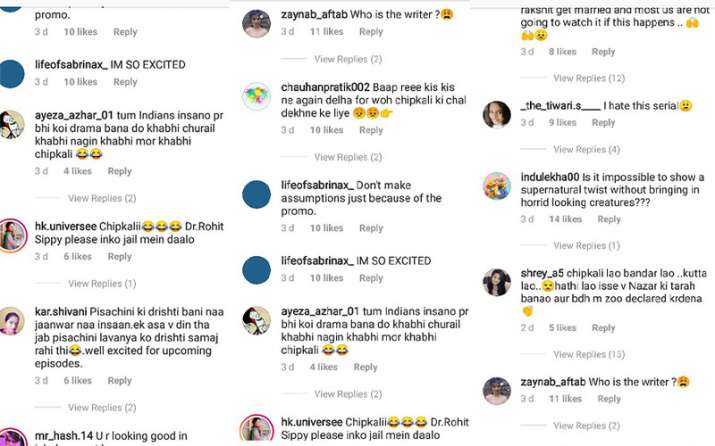 The actress in real life is scared of lizards because of the few incidents that took place in her life but hopes that she overcomes her fear after playing the role on the screen.