Television actress Hina Khan who was last seen in Ekta Kapoor’s show Kasautii Zindagii Kay 2, impressed her fans when she made her debut at the red carpet of Cannes International Film Festival 2019. She recently took to Instagram to share her beautiful pictures wearing a thigh-high slit yellow coloured dress. Yet again she captured the attention of her fans by teasing them with an exciting piece of news.

The Yeh Rishta Kya Kehlata Hai actress, on her Instagram today shared two pictures that gave her fans a hint that she was going to shoot something exciting today. She wrote alongside, “Shooting for something very exciting today.” She shared another picture and asked her fans to guess what it was. Check out the pictures here: 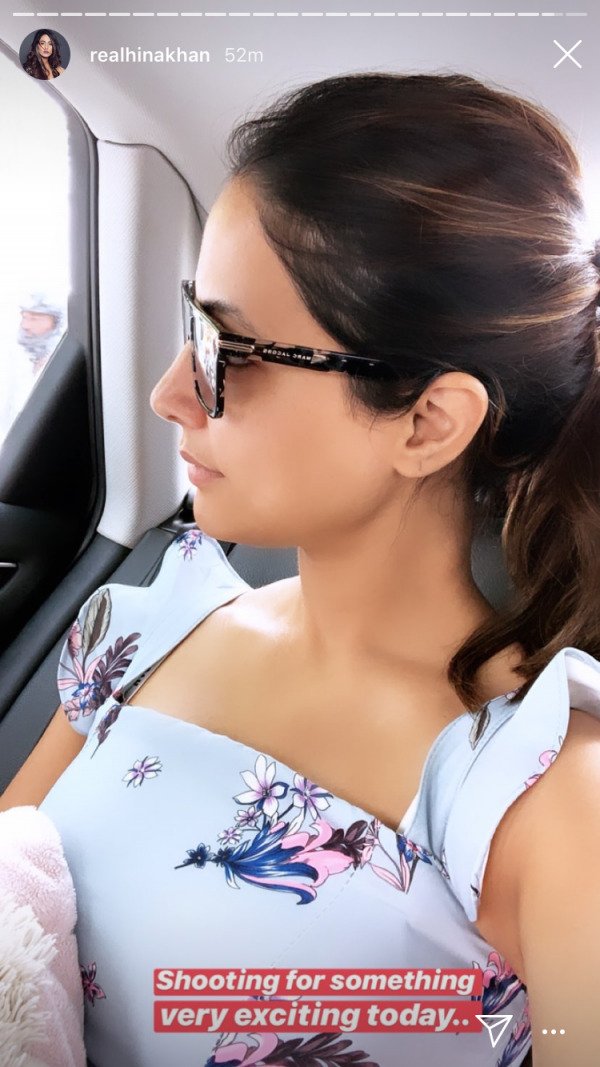 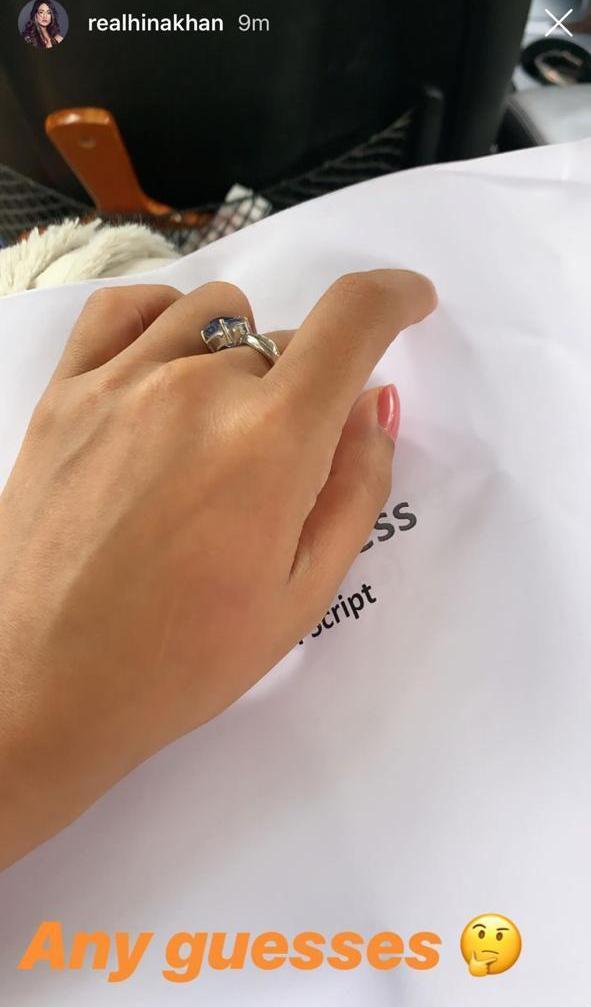 Talking about work, Hina is waiting for the release of her debut film Lines and is also shooting for her second film titled Wish List in Europe opposite UK based actor. Hina will soon begin the shooting of her next film which will be a Vikram Bhatt directorial in which she will be seen playing the role of a fashion editor.

Hina also shot a music video with her best friend from Bigg Boss 11 Priyank Sharma. She is a fitness freak and whenever she is not busy with any project, she sweats it out hard in the gym. Coming back to the pictures she shared today, what do you feel her next project would be?