Television actress Hina Khan celebrated the festival of Raksha Bandhan with her boyfriend Rocky Jaiswal’s sisters before setting off to New York. Check out pictures.

Television actress Hina Khan is all set to represent the country at the India Day Parade by NBA in New York but before that, the actress celebrated the festival of Raksha Bandhan with her boyfriend Rocky Jaiswal’s sisters. Hina Khan and Rocky took to their Instagram to share a number of pictures and videos from theie adorable celebrations. Hina wrote, "Pre-Rakhee celebrations with our didi’s@rockyj1 and family… Thank you for all the blessings @roy.37853@neelamsingh.ritz @nirja.jaiswal Happy Rakhee sisters Shall post pictures with my lil bro on 15th#RakheeSpecial” 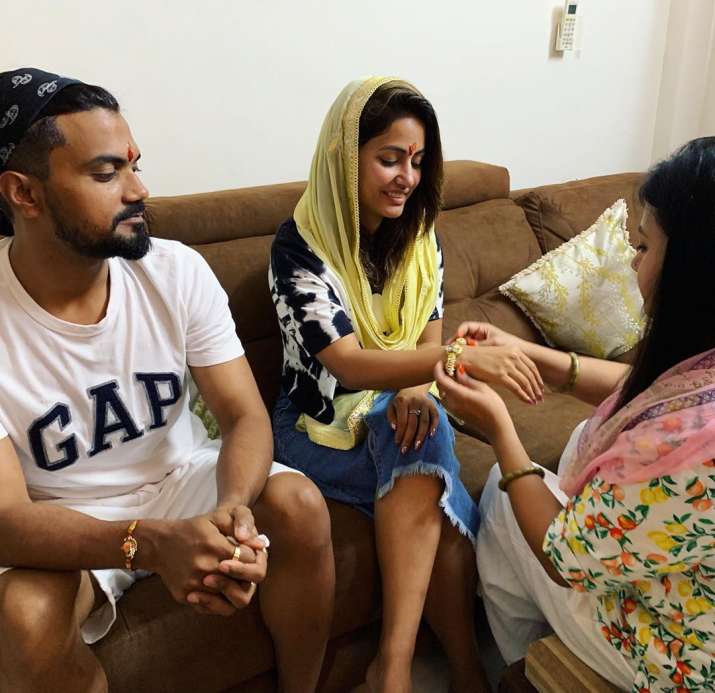 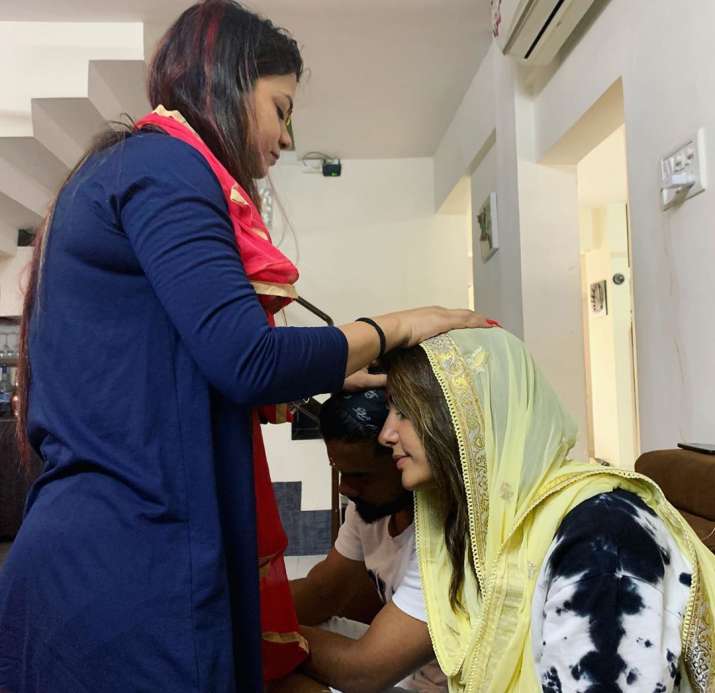 In the pictures, Rocky Jaiswal’s sisters can be seen tying the rakhi on Hina Khan’s wrists. Rocky also shared a video featuring all the important women in his life and wrote, “Hum sab saath hai ..@realhinakhan and I celebrated #RakshaBandhan today with our most beloved sisters as we won’t be here on #Rakhee Mahurat pe na sahi waqt par zaroor hai .. kyun ki saath zaruri hai ..Blessed to have a family that supports us and stands for us, with us always! Pre- Raakhee with @roy.37853 @neelamsingh.ritz @nirja.jaiswal” 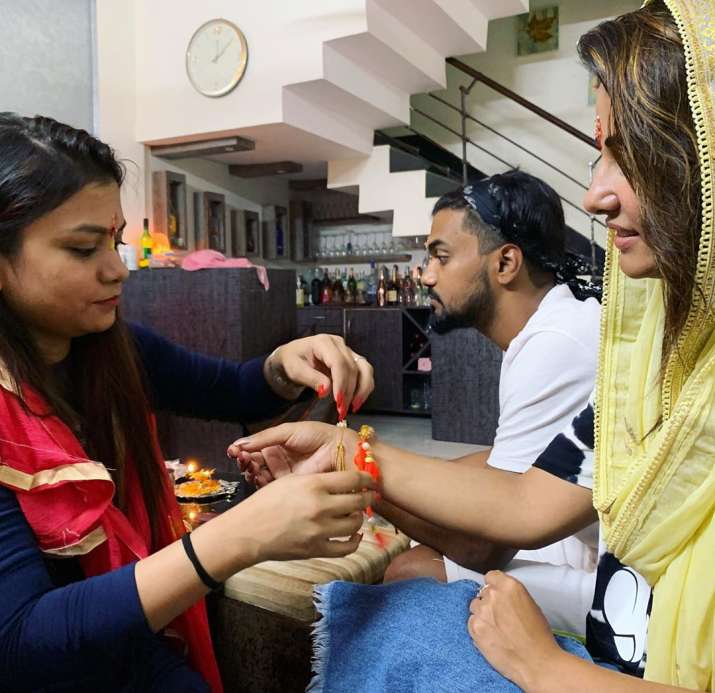 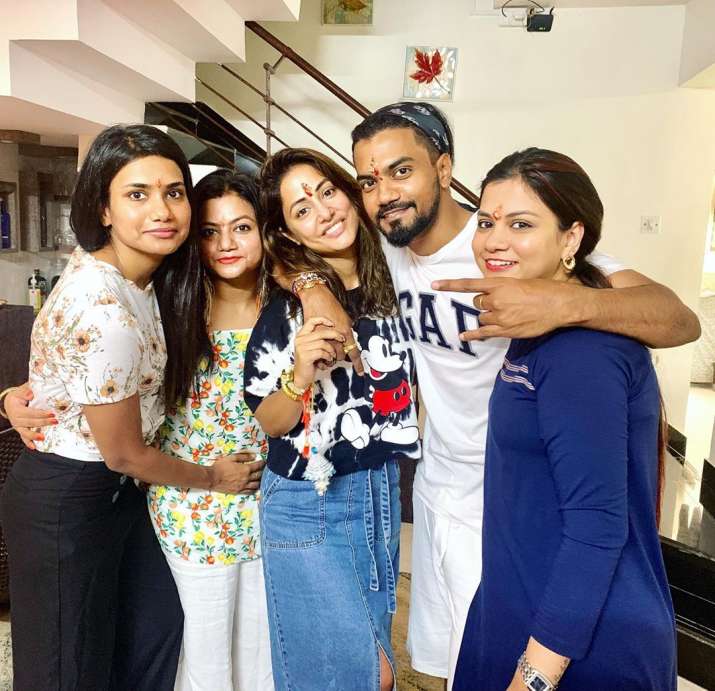 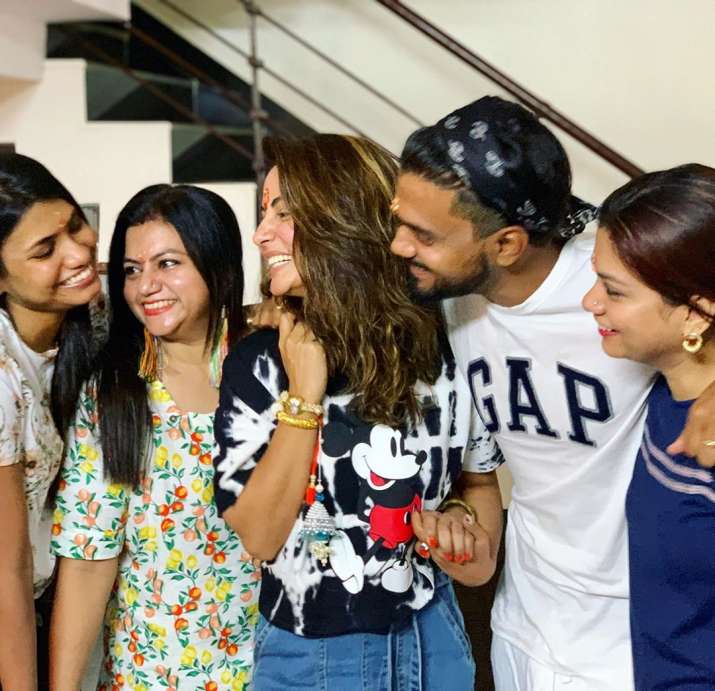 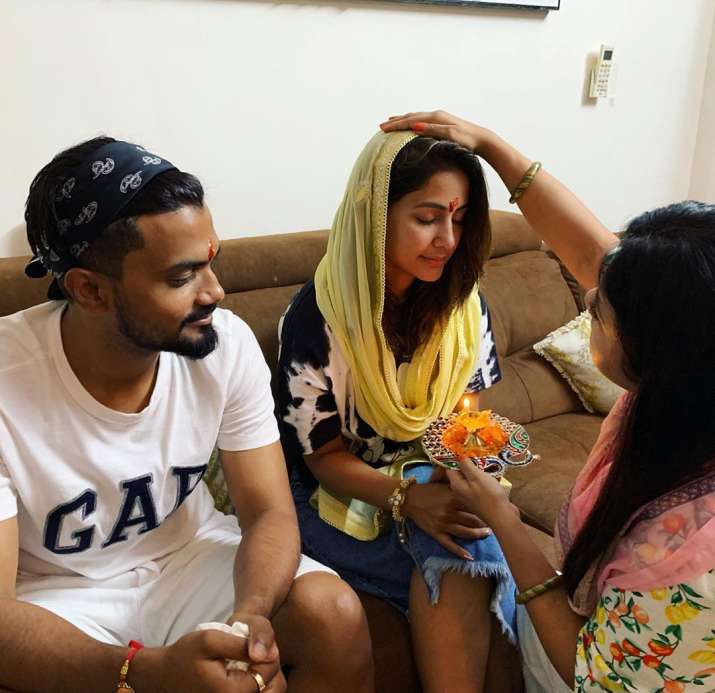 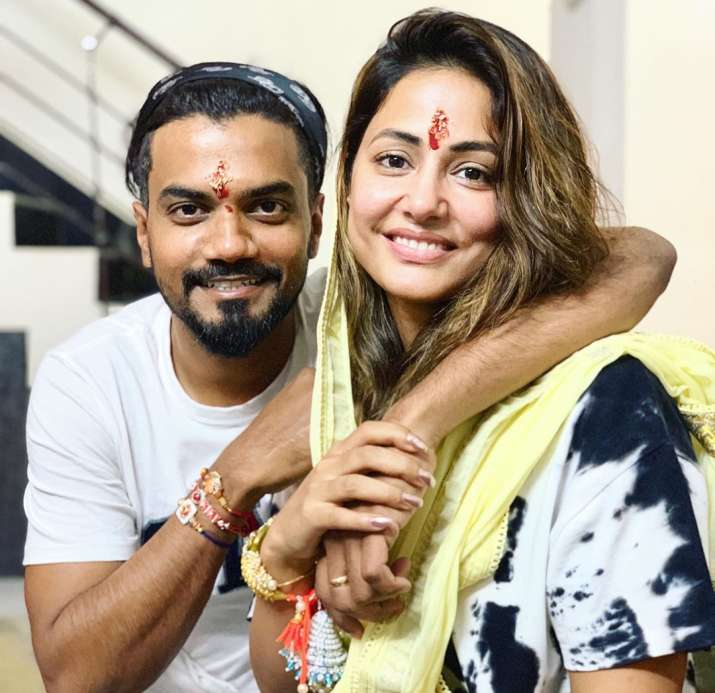 Hina Khan made the television industry proud when she walked the Cannes Film Festival 2019 Red Carpet in May. Talking about her appearance in Cannes, she earlier said, "I have followed the Cannes Film Festival for years and so, of course, being at the prestigious platform walking at the red carpet as well as speaking was a huge honour!” The actress has played the popular role of Komolika in Star Plus show Kasautii Zindagii Kay 2. She will be seen making her Bollywood debut with the film Lines about which she said, “Lines is a film that is extremely close to my heart. Its a very different film, simple in its own way and I feel its the simplicity of the film that shall make it a winner all the way!”