Veteran Bollywood and Bhojpuri actress Sripradha passed away on Wednesday (May 5) due to Covid19 complications. She had worked with many big names from the Hindi and Bhojpuri industry including Govinda, Dharmendra, Vinod Khanna, Gulshan Grover, Ravi Kishan and others.

Veteran Bollywood and Bhojpuri actress Sripradha passed away on Wednesday (May 5) due to Covid19 complications. Cine And TV Artistes’ Association General Secretary (CINTAA) General Secretary Amit Behl confirmed that the actress succumbed to the infection. He told TOI, "The second wave of covid has taken too many precious lives. What has already been written in the media about the people who have passed away don't need to reiterate but yes Sripada was a senior member of our fraternity."

He added, "She has done incredible work down South and as well as in Hindi cinema. It is very unfortunate that we have lost a very senior actress. We pray that her soul rests in peace. We also pray that the second wave of the pandemic doesn’t snatch too many precious lives especially from our trade." 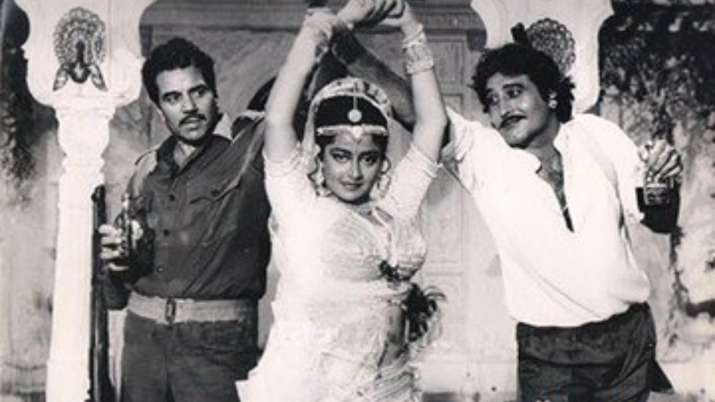 Sripradha had worked with many big names from the Hindi and Bhojpuri industry. She had starred alongside Govinda, Dharmendra, Vinod Khanna, Gulshan Grover and others. She has also worked with Ravi Kishan in the hit Bhojpuri film Hum Toh Ho Gayi Ni Tohar.

Sripradha was also known as Shree Prada and starred in films like Aag Aur Chingari, Sholay Aur Toofan, Aazmaiyish, Bewafa Sanam, Shaitani Ilaaka, Meri Lalkaar and others. She started her career with Purana Purush in 1978.